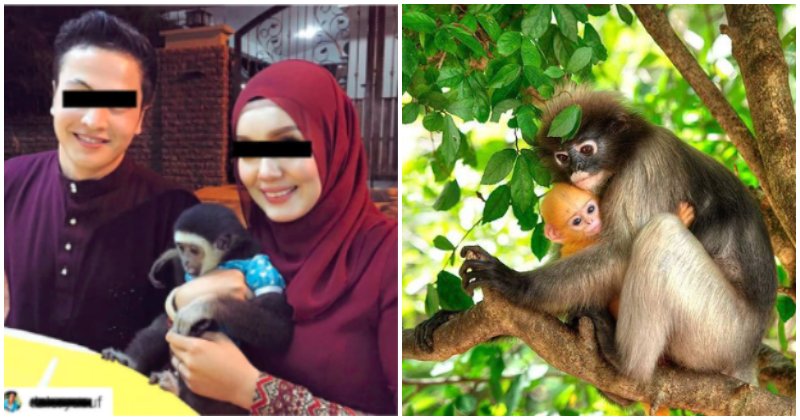 In light of Zarith Sofia’s sun bear incident, it’s come to many people’s attention that exotic and endangered animals are all too often found in Malaysian homes, especially in the homes of the rich and influential.

According to an eye opening Facebook posting by Bam Arrogancia, who is an advisor of the Gibbon Protection Society Malaysia (GPSM), Zarith is not the only celebrity/influencer/rich/famous person in Malaysia to own and keep a rare and endangered species, or even wildlife in general, as pets.

In what looks like the result of extensive research, Bam shares 15 images showcasing Malaysians who own endangered monkeys as pets. Each image is accompanied by a caption that illuminates the various troubling issues related to the ownership of these animals. 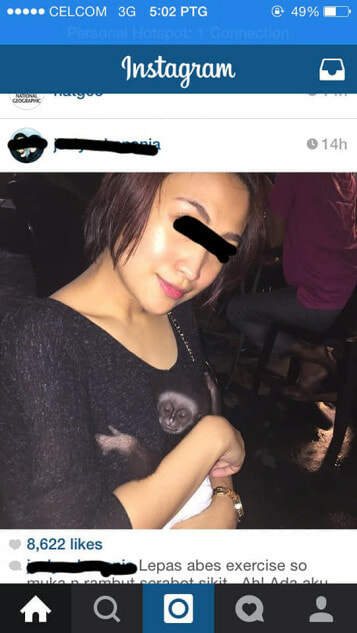 This image’s caption explains, “To get a baby gibbon like this, it’s entire family is killed off.”

Killing the entire family makes it easier for poachers and hunters to acquire the babies to be sold as pets.

Some of these baby monkeys can be seen sucking on their thumbs (no, it’s not to look cute) because they miss their mother’s milk. 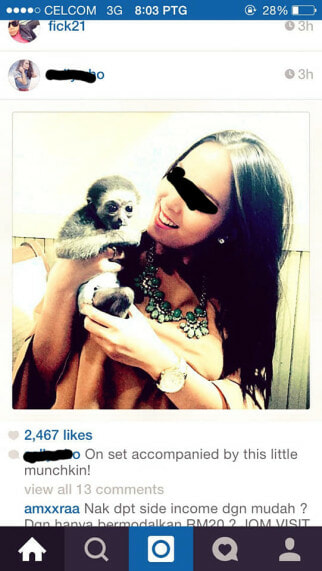 “This munchkin has lost it’s mother, father and siblings. It sucks on it’s finger as it misses it’s mother’s milk.” Bam added.

One of the photos in Bam’s posting showcases a celebrity being featured in a newspaper article holding a baby monkey. 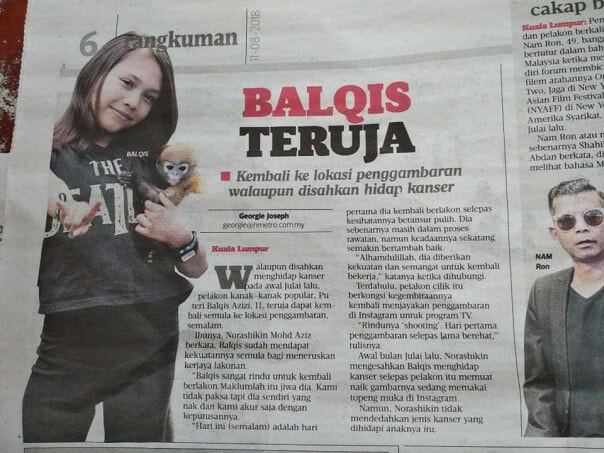 “This celebrity has assisted in the promotion of wildlife as pets,” captioned Bam.

“One celebrity’s behavior received major coverage from the media and netizens. The celebrity was praised for keeping wildlife in their house.”

What most people don’t know is that some of these animals are so endangered that there are no licenses available to own them. Those who do own them are considered to be committing an offence against the law. Gibbons are just one example of a monkey with no ownership licenses. Unfortunately, there are licenses to own Dusky Leaf Monkeys, even though they are still considered very endangered. 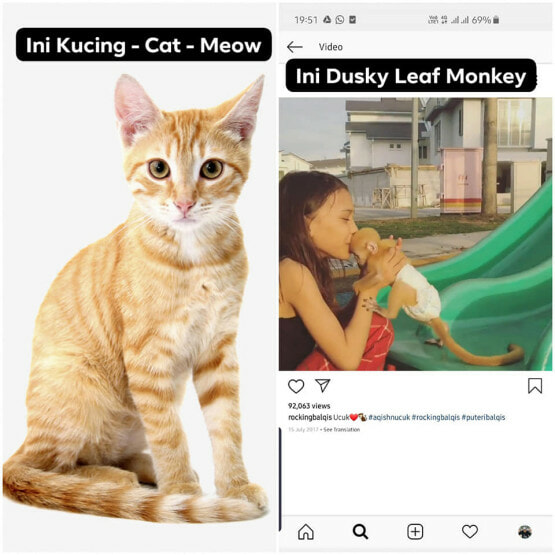 “Cats can be kept as pets. It’s not wrong in the eyes of the law. Dusky Leaf Monkeys are a protected species. Anyone found keeping one without permission can be fined and jailed,” explained Bam.

“Wildlife that has been kept as pets can go crazy resulting in them biting their own hands due to WRONGFUL CARE TAKING TECHNIQUES. Some even pull out their fur because they’ve LIVED IN A STATE OF TORTURE FOR TOO LONG.”

The worst part of it all is that with no implementation of proper guidelines to care for these creatures and their diets, they often die in the hands of their owners, who would then cry for a day and buy another, repeating the vicious cycle. 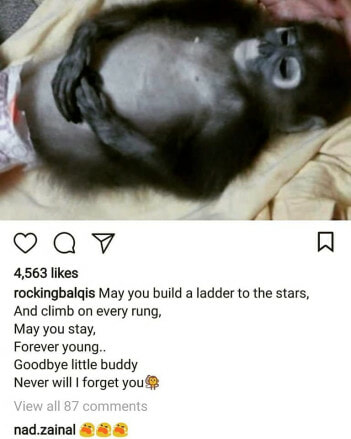 “Some even die under the care of their owners. The best part is when it dies, they’ll just buy a new one.”

As much as we’d like to think we have an abundance of wildlife in Malaysia, we don’t anymore. So I say, it’s about time we break the sadistic cycle.

Bam’s posting has since garnered over 3,900 shares.

Please, ladies and gentlemen, say no to wild animals as pets, and please do report anyone you think owns one. (If you’re not sure if the animal is considered wild or endangered, calling the Wildlife Crime Hotline -0193564194, and asking for a confirmation won’t hurt a soul, but it might save one.) 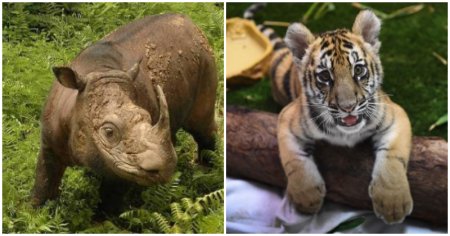