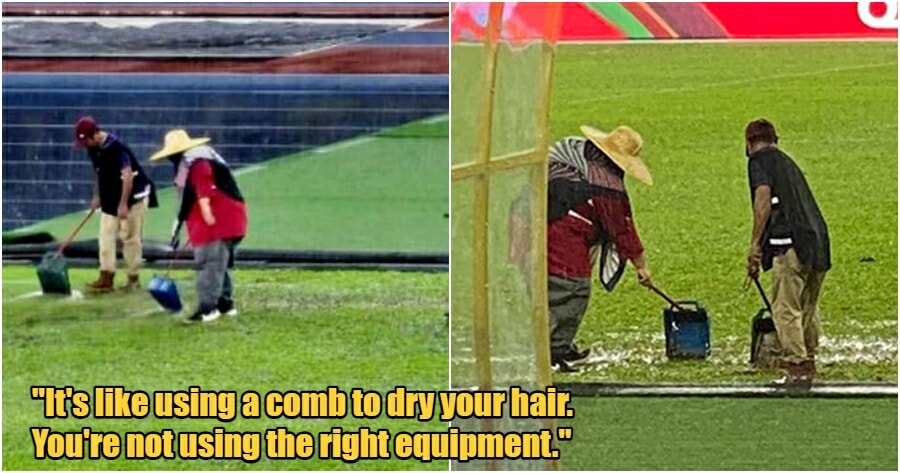 Malaysia’s defeat to Bahrain in the recent football match at the Bukit Jalil Stadium isn’t the only thing being talked about right now.

The football match which took place on Saturday (11 June) has also been the talk of the town after images of stadium workers clearing the flood water with dustpans and brooms went viral. 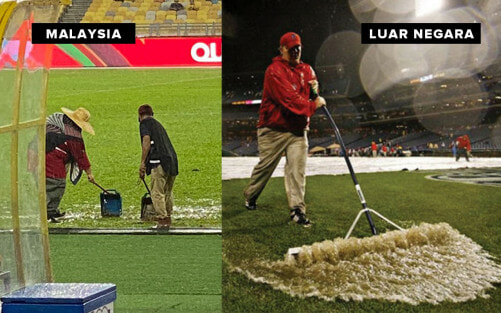 Since then, netizens have made comparisons as to how our country and foreign countries handled the floodwater on the football field.

If you refer to the image above which was shared by Facebook page Harimau Malaya, the stadium worker from an unknown country can be seen clearing the flood water with a designated water removal tool.

We tried to check for the price of a water removal tool on Lazada and it costs only RM12, so it shouldn’t be a reason for a stadium to NOT have the right equipment for such occasions.

But was their decision to use brooms and dustpans to clear the flood water an order from the top, or did they simply not have the right equipment to do so?

According to a report by Astro Awani, The Malaysia Stadium Corporation (PSM) revealed that it did not order its workers to manually clear the flood water with the use of dustpans, brooms and cardboard.

“They shouldn’t have done that as the venue has a good drainage system which would have flowed the flood water away,” Mohd Faidz Sanusi, the CEO of PSM said. 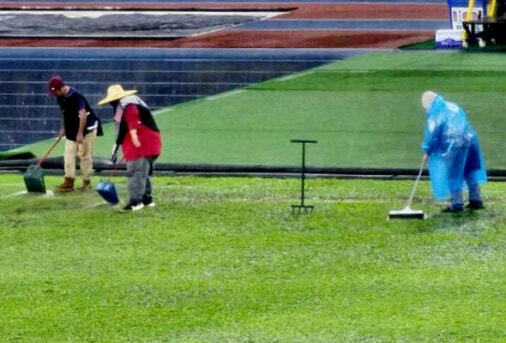 Additionally, he said that the decision to clear the flood water manually by using dustpans, brooms and cardboard will damage the grass.

“It’s like using a comb to dry your hair. You’re not using the right equipment.”

Regardless, we hope that such a situation will be handled better in the future so that football matches and other sporting events can proceed smoothly!

Also read: Lee Chong Wei Breaks Silence On Rumours About Him Leaving To Singapore To Become a Coach There 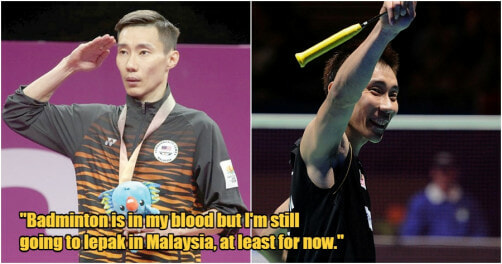