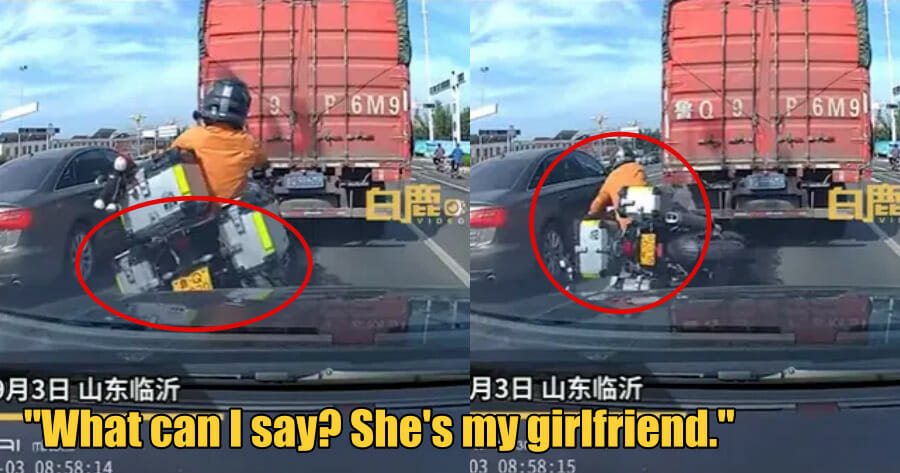 Accidents happen on the road all the time and occasionally it may be hard to control one’s emotion given that it could be traumatising or hard to process.

According to a post on Wei Bo, it seems that this accident was rather comical. On 3 September, a man who goes by the name Chen, said that he and his girlfriend agreed to head back to their hometown together, albeit separately. He decided that he will be riding his motorcycle while his girlfriend drove her car. 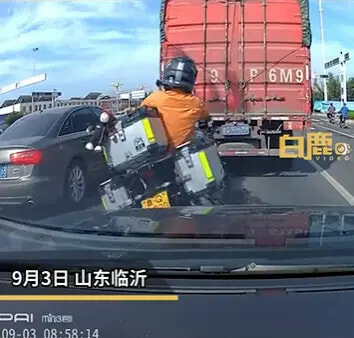 While waiting at the red-light junction, he was hit by a car, and he fell off from his bike. He mentioned that he was really angry but when he turned around to see who hit him, he couldn’t say anything.

“When I turned around to see who hit me, it turned out to be my girlfriend, I was feeling both mad and defeated because how am I supposed to say anything? She is my girlfriend”, he said.

In the video, he explained that the accident happened because when they arrived at the red-light junction, the traffic light turned green.

“I stopped because I was waiting for the car in front of me to move but my girlfriend didn’t realise that I stopped and she accidentally hit me from the back”, he said.

Would you be mad at your significant other if she accidentally hit you?

Also read: M’sian Rents a Bungalow to Store Cash as He Doesn’t Trust Banks, Gets Robbed by Nephew 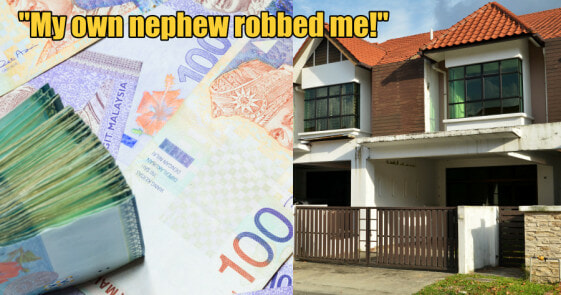