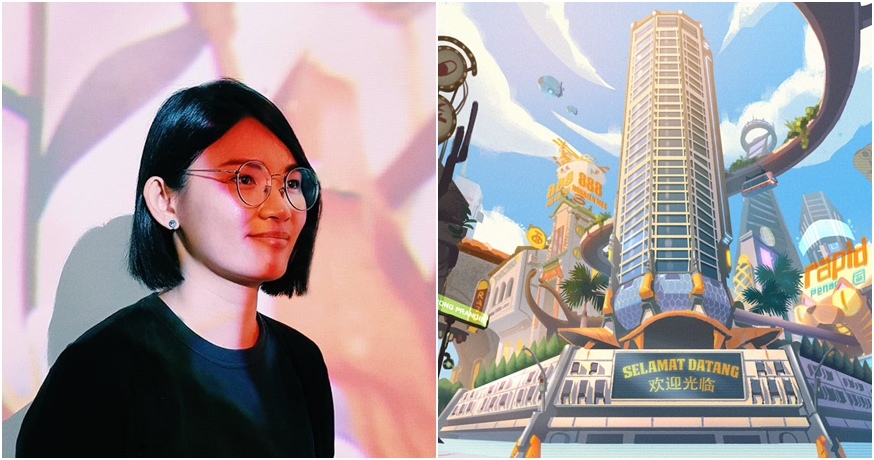 If you have been on social media recently, you will probably have stumbled upon some pretty incredible artwork for the first person shooter game Overwatch that went viral.

The artwork, which proposes the use of an environment map based off on Penang to be featured in the game, was created for a competition held by Overwatch’s official Facebook account.

Well, while the artist behind it didn’t get to submit the artwork before the deadline, the incredibly charming and detailed interpretation of Georgetown, Penang drawn in Overwatch’s signature art style has impressed many Malaysians, while instilling a sense of pride in our own country. 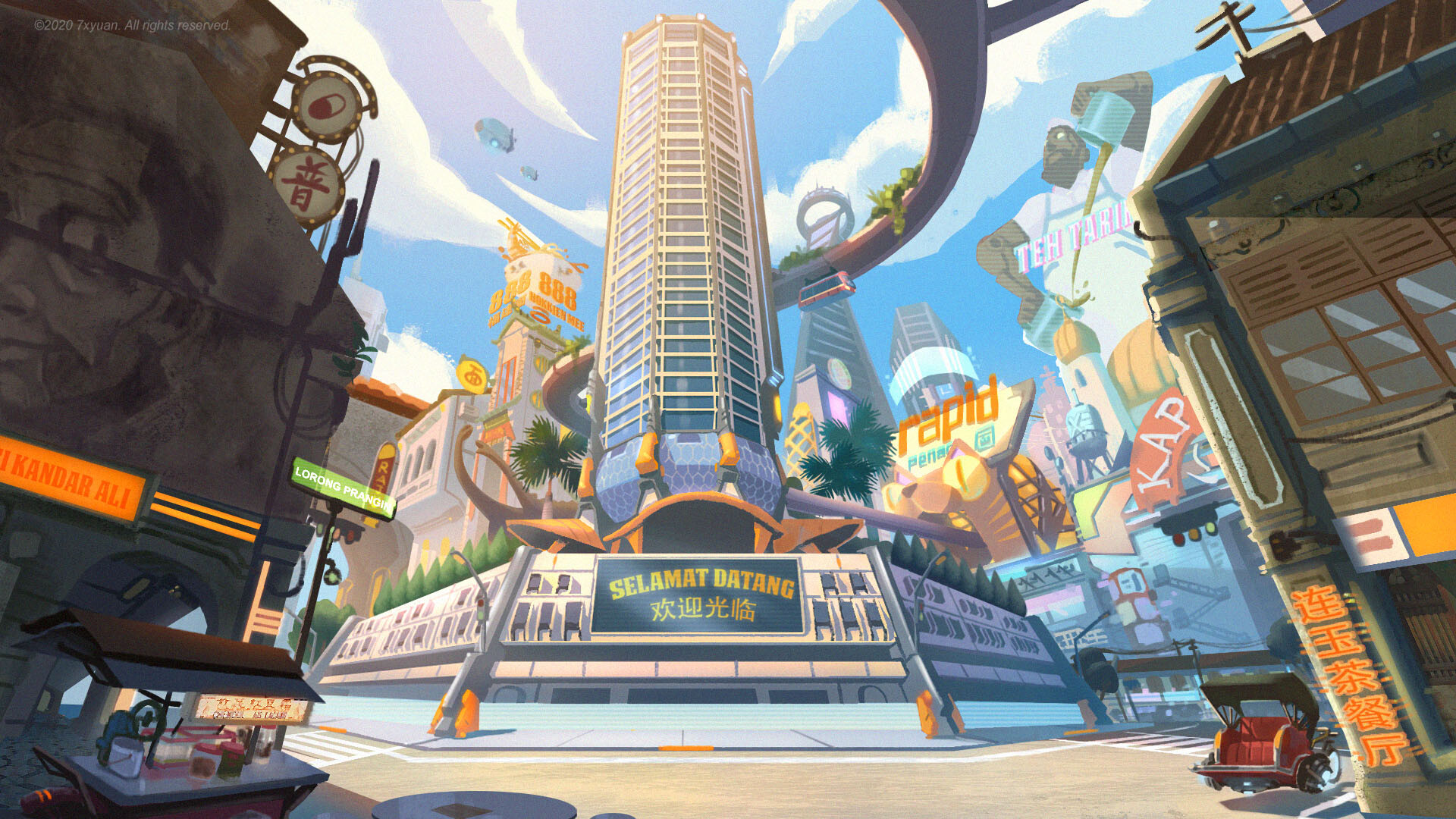 So, to find out just how it is that this wonderful piece of art came to be, WORLD OF BUZZ reached out to the artist behind the art, Ms Tan Qi Xyuan, to get to know more about what she does! 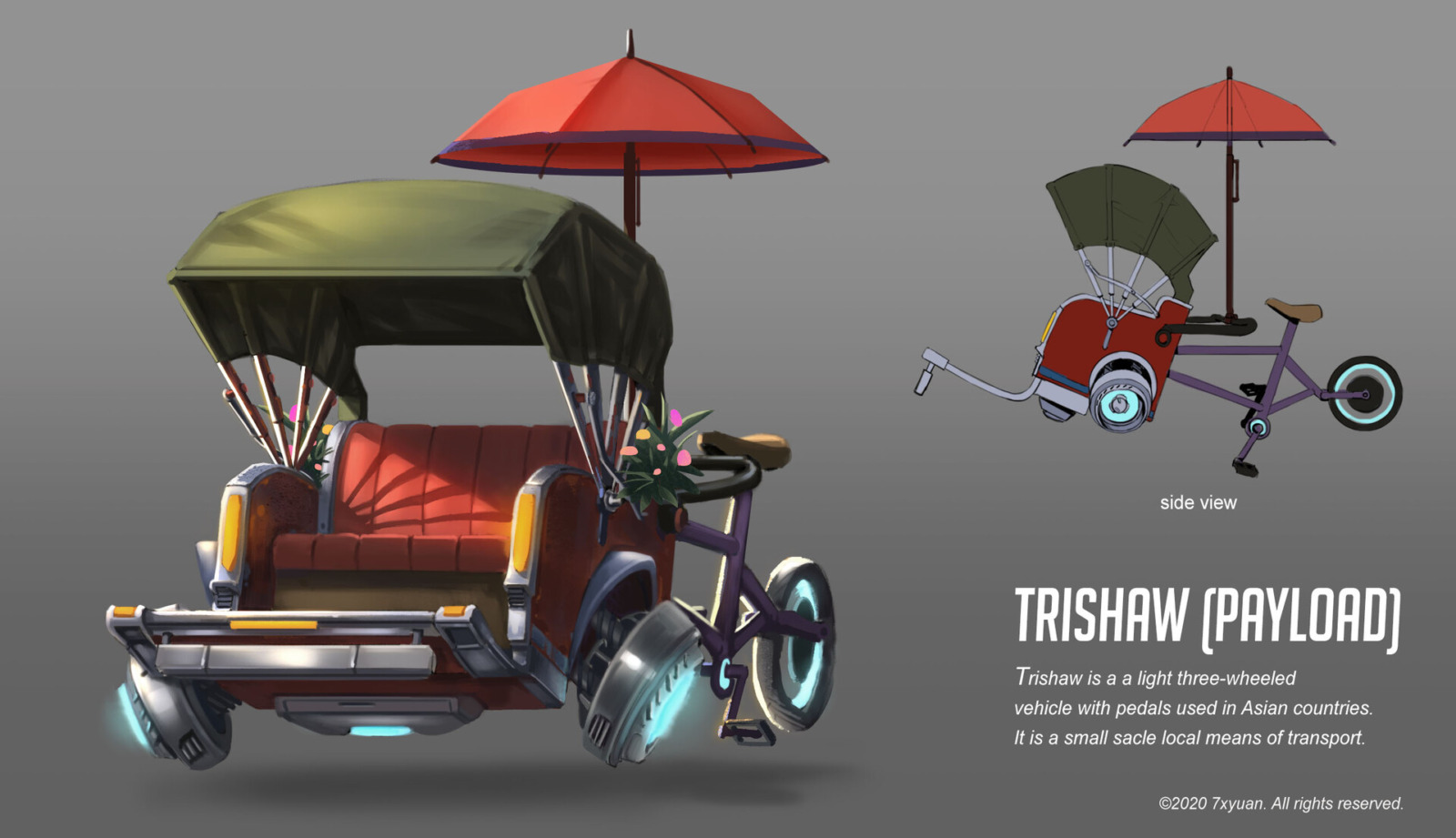 As a freelance visual developer artist and illustrator, the Penang-inspired Overwatch map isn’t the first of Qi Xyuan’s works. In fact, her extensive online portfolio boasts a myriad of different artworks from different media franchises, each one just as jaw-dropping as the last. But why visual art? 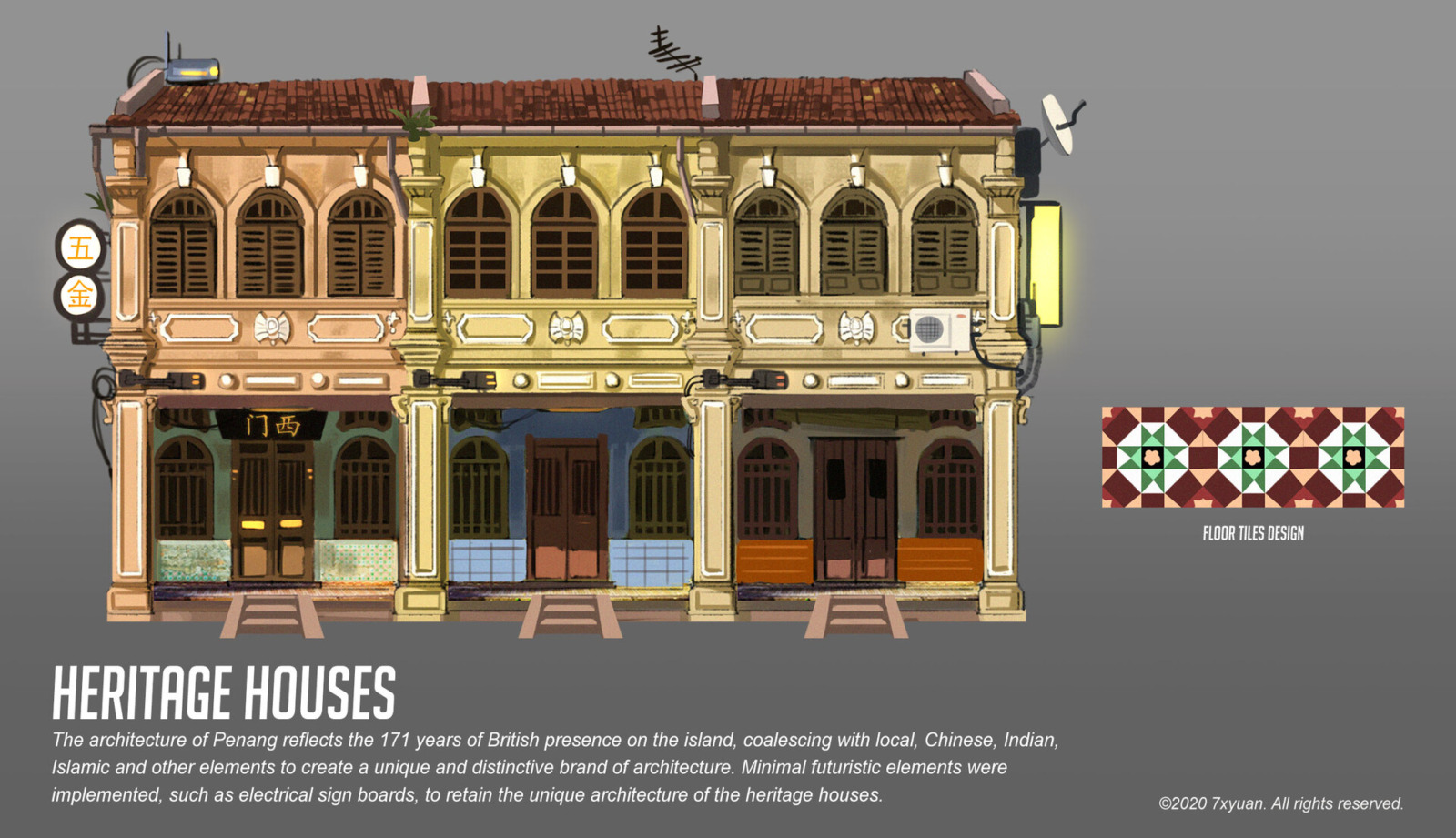 Well, according to Qi Xyuan, she decided to pursue visual development and creating illustrations for arts and games, as she grew up being a fan of cartoons. And as she grew older and got into video games, that interest and passion for understanding the craft itself bloomed.

“Watching how drawings move on screen made me curious as to how people did that.” she said.

As for her Overwatch map, Qi Xyuan explained that she chose Penang to be the main motif for her piece as she herself is a Penangite. Reaching from within familiar childhood memories of growing up among the island state’s familiar streets, her piece is an homage to her home state in many ways.

“I decided to challenge myself to envision what Penang would look like in the Overwatch universe, and tried to incorporate some of our Malaysian culture into the game.” 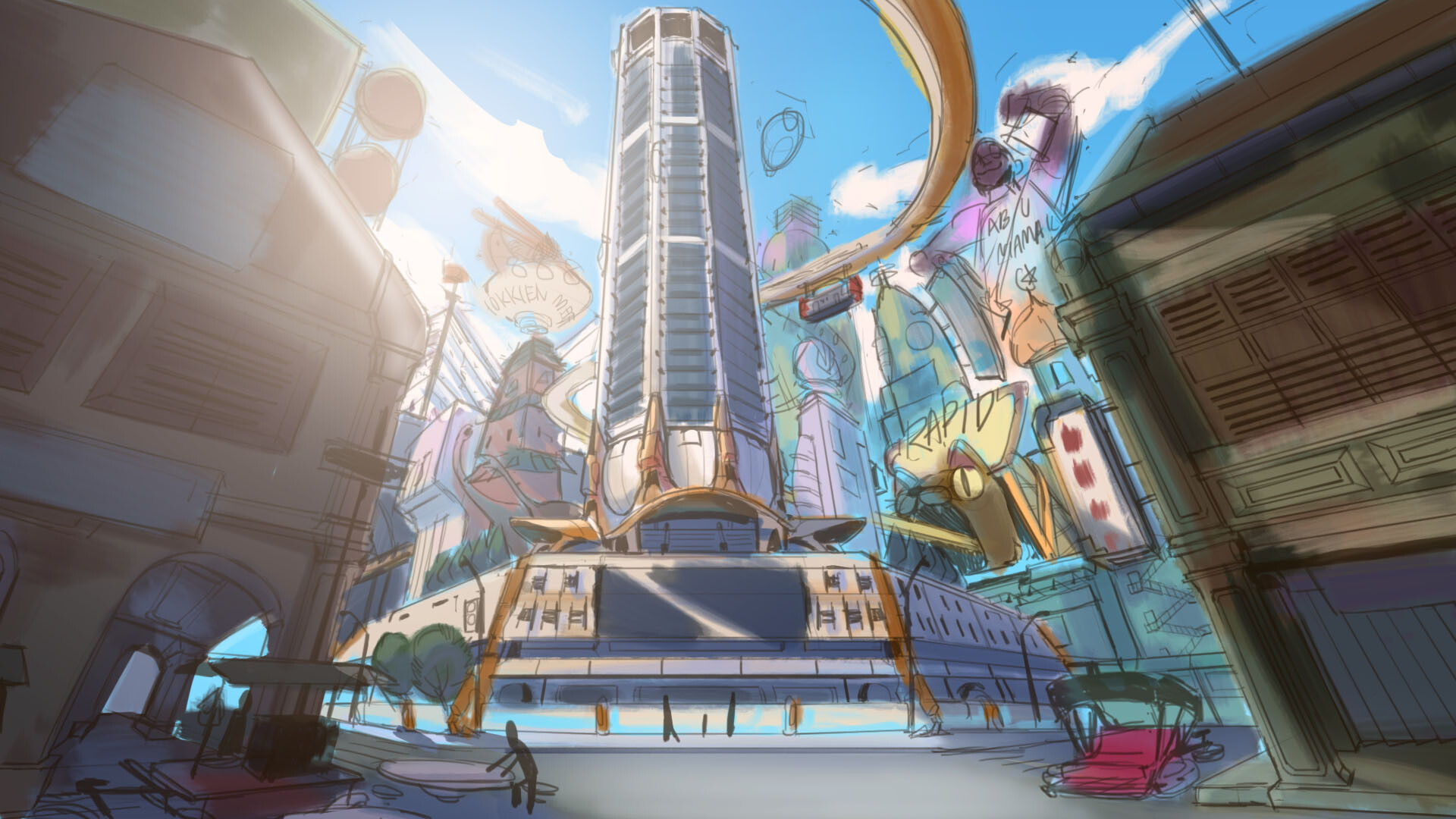 She spent 4 weeks on ONE artpiece

And if you think digital art is easy, wait till you find out how much time Qi Xyuan spent on creating her Overwatch art piece.

Every day, she would spend anywhere between three to four hours working on it, and that’s before taking into account the time needed to scout for locations in real life, creating thumbnail sketches, and drafting the final artwork. In total, she spent almost four weeks on this one piece alone!

“There’s a lot of decision making in-between, and I struggled a lot to keep making it better and better.” she adds.

Qi Xyuan also credits the help of her friends for sharing advice to her while she was working on the piece, as well as providing constant feedback when she needed it.

If you’re a fan (and we know we sure are) of Qi Xyuan’s work, you can find more of her art over on her official Artstation, Behance, Facebook and Instagram!

So be sure to mosey on over to her social media accounts and support Qi Xyuan on her art journey! And to Qi Xyuan, we hope you don’t stop creating more art to showcase the true beauty that Malaysia has to offer to an international audience!