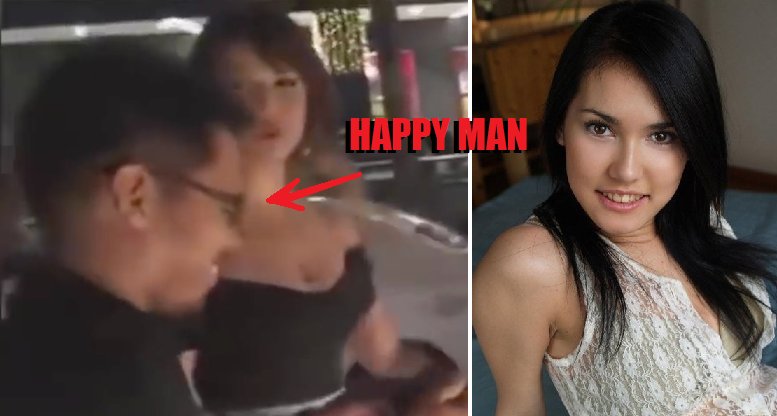 Why would anyone be happy when your relatively expensive car gets crashed? Even if money wasn’t an issue, imagine all the hassle you have to go through!

Lo and behold, yet, this dude here was overjoyed when his car was crashed. Why?

It’s because right after the unfortunate incident, he finds out that it was none other than Maria Ozawa behind the wheel!

The nervous ex-AV actress repeatedly apologised for her mistake and well, the man seemed very alright with the situation.

She even placed her hands on his cheeks to apologise. Nice move Maria.

“That’s OK, Maria. It was probably my fault anyway. Also, I love you.”

Around mid last month, we had an article about Maria Ozawa not wanting to be alone on Christmas. Apparently she’s currently in the Philippines for her shoot in an upcoming horror film. Currently there is no news as to how long she’ll be staying there.

What would you do if you found out Maria Ozawa banged your car?