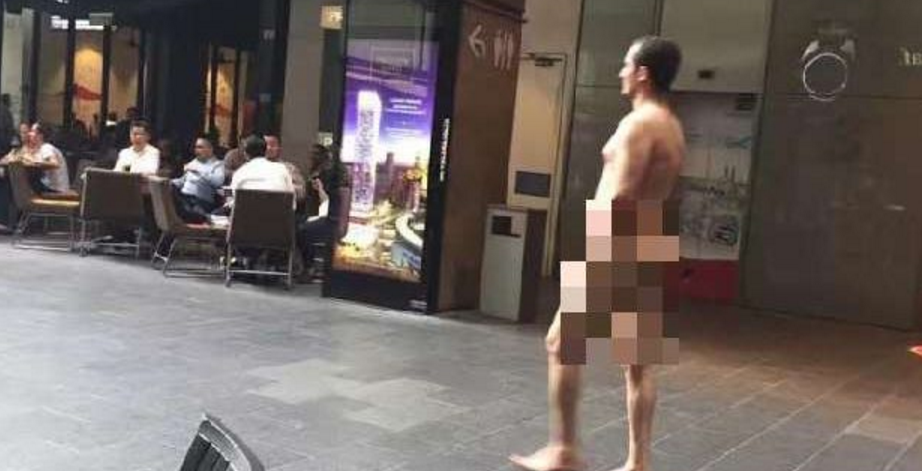 Malaysians were shocked after a man who was fully naked was seen walking outside a popular mall in Kuala Lumpur.

According to the image, it’s apparent that the out-of-the-ordinary incident happened in Pavilion mall. But that wasn’t the only apparent thing of course. He was in his full-blown birthday suit with both cheeks clearly visible to the public!

A twitter user had tweeted, “At a shopping mall, there’s a man running around naked.”

The man was reportedly seen around 4,30pm. A spokesperson told The Star,

“Our security managed to get hold of him immediately.

“We then brought him to our office where we gave him some clothes,”

After getting a hold of the man, the spokesperson had tried questioning him on his behaviour. However, the man only given an ‘expressionless robotic reply’. 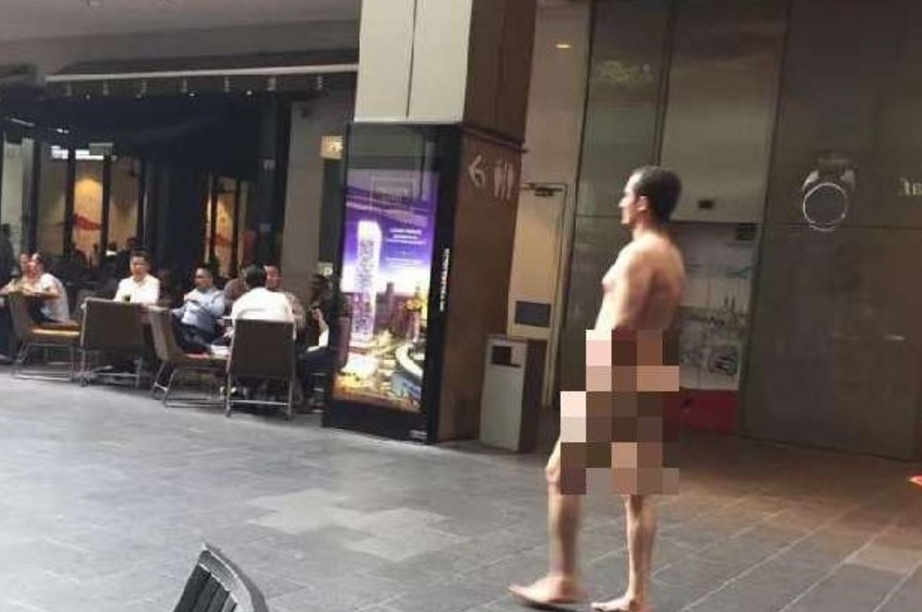 “He seemed on the unstable side and he refused to answer (our questions).

“So we don’t know whether he is local or a foreigner because obviously there is no identification card on him,” the spokesperson said.

The Star reported that the man was eventually escorted out of the premise after he was given clothes to get fully dressed.

“As far as we are concerned the incident has been dealt with.” the spokesperson clarified.

Many netizens speculated that the man probably had taken drugs or suffer from a mental illness. So far, there are no reports that confirm the cause of the man’s bizarre behaviour.