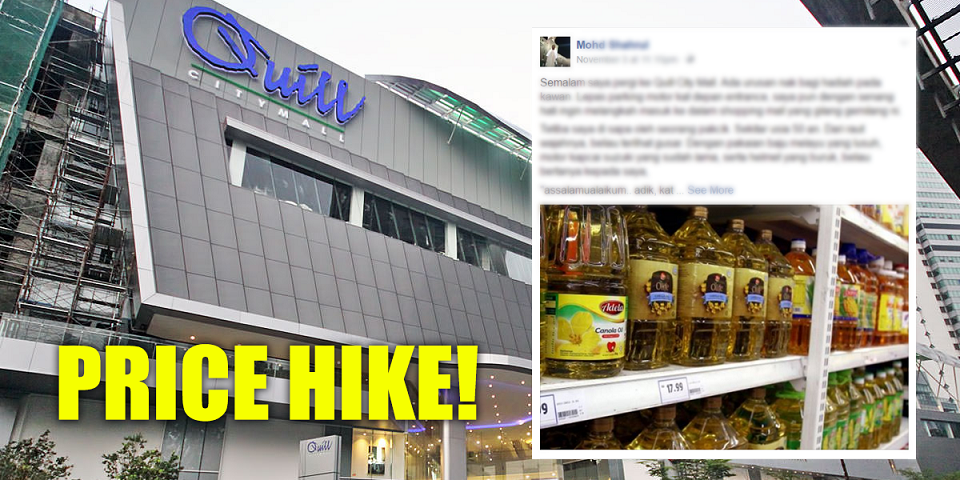 Yesterday I went to Quill City Mall. I was there to pass a gift to my friend. After I’ve parked my motor infront of the entrance, I casually strolled towards the mall entrance.

Suddenly, an old uncle greeted and spoke to me. He was in his 50s. He had a rather unkempt look, with his clothes torn, worn out kapcai Suzuki, and old helmet.

He said to me,

“Assalamualaikum.. Dik, do they sell cooking oil inside? Can uncle go in there… Wearing like this… I want to buy cooking oil. My friend told me that there are a few sold here which price is not hiked yet…”

Suddenly I felt sad. I was mad at the government. My heart was hurting, then I replied the uncle,

“Waalaikumussalam. I’m not sure uncle. But, we can try to check it out. Uncle park your motor behind mine. I’ll take you inside…”

We entered the mall and started talking. The uncle worked as a jaga (security guard). Has 6 children who were all still in school. He lives in Setapak.

I showed uncle the supermarket that was located at the lower floor. Alhamdulillah. Luckily there were still cooking oil that were still sold at the original price. But, customers can only buy 2 bottles each. 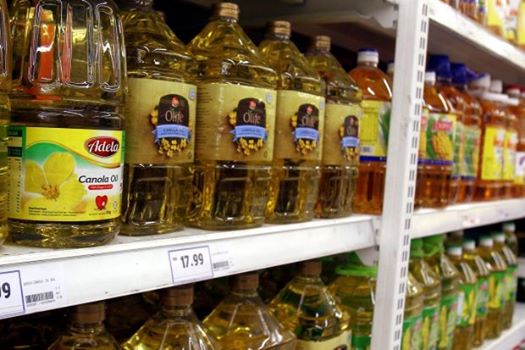 So the uncle took 2 bottles, while I also took another 2 for him. At the counter, the uncle insisted that he pay for himself and not receive any money from me. But, after much persuasion from me, he finally accepted.

While we headed to the exit, he stayed silent while looking around the mall. After stepping out of the main entrance, his eyes were glossy and he said he couldn’t thank me enough.

“Thank you dik. 4 bottles of cooking oil.. thank you so much for helping me.”

I only stayed quiet because I didn’t think my help was a big deal. I just told him to wish me and my family well.

After that, my friend called me and the uncle told me he’ll be on his way.

That night I thought deeper. Outside, there are a lot of people who live like this uncle. Their life isn’t as easy as what we have. They will have to count their spending each day. Who knows, maybe it was even his first time entering a shopping mall like this. These unfortunate groups have to suffer, thanks to the leader.

I hope God would bless that man earlier and help everyone who’s in this hardship.