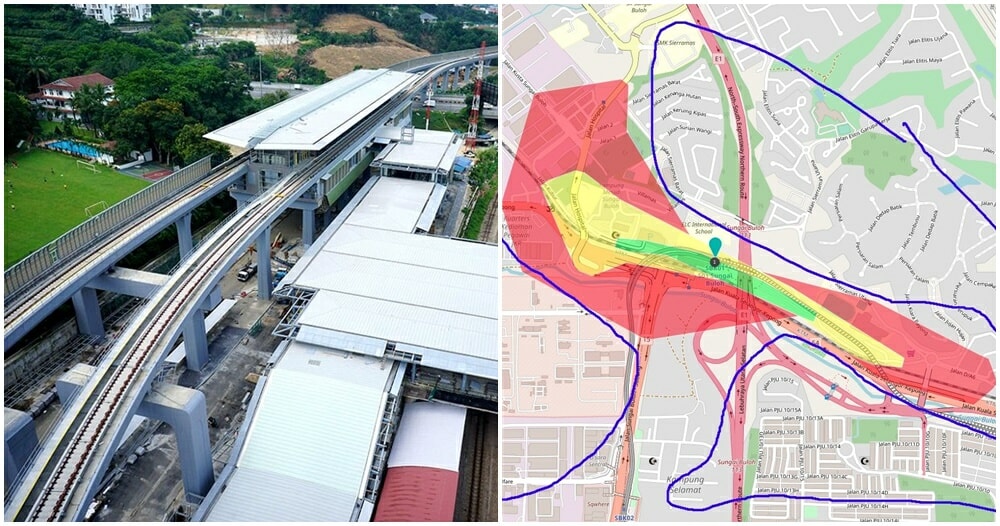 If you often find yourself frustrated at the inaccessibility of our country’s public train system, you’re not the only one.

I try to take the train whenever I travel and i've always felt that generally, they're pretty inaccessible. Usually next to large roads or highways. Pedestrians would find a hard time to get there. So I decided to do a little research. Here's a longgg over-ly complicated thread pic.twitter.com/xStIfCBppj

Recently, netizen @NabilErysyad took to Twitter to share his analysis of the train system in Malaysia as a regular commuter and revealed how inefficient our public transport lines actually are.

As someone who tries to take the train whenever he travels, Nabil said that the stations are “usually next to large roads or highways,” which make it difficult for pedestrians to make their way there. To illustrate his point, created an isochrone map of the layout of the Sungai Buloh MRT station as an example. According to the netizen, “isochrone maps can show how far can you go from a single point in a given time. The green area takes you 5 minutes to walk, yellow takes 10 minutes, and red 15 minutes.” 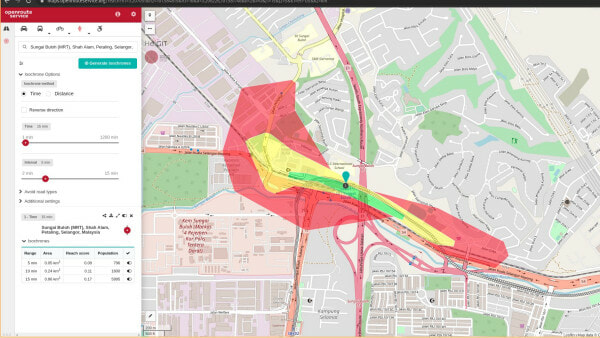 Ideally, you’d want to get to and from the station as quickly as possible right? Unfortunately, the isochrone map revealed the exact opposite. “A 15-minute walk will only get you slightly down the road. 5 Minutes covers 0.05km2 area and 15 minutes only covers 0.86km2 area. 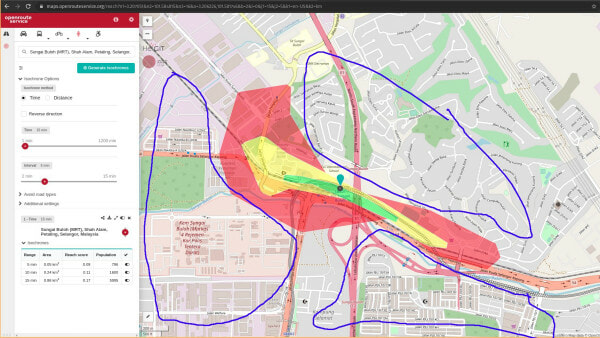 Those who live in the blue circled areas would take more than 15 minutes to travel to and fro the station via walking.

“If you live anywhere outside like the blue areas I covered you’ll have to walk more than 15 minutes,” Nabil shared. As a scope of comparison, Nabil created a similar isochrone map for the Pasar Seni MRT station that’s positioned at a more central location in Kuala Lumpur. 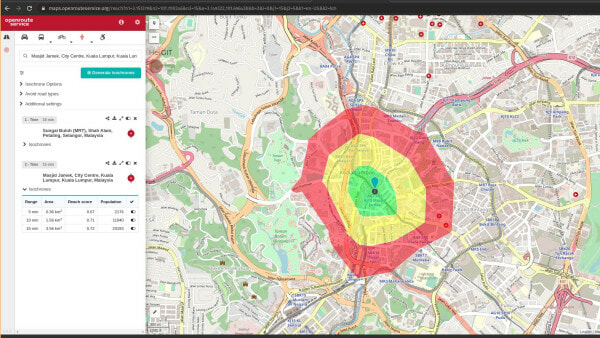 Nabil pointed out that this was four times the area coverage a pedestrian could walk as compared to the Sungai Buloh MRT station.

He then continued to share findings that revealed how despite the MRT line being the latest addition to the Malaysian train system, it had a lot to catch up on in terms of how accessible and efficiently pedestrians could locate and use these services. 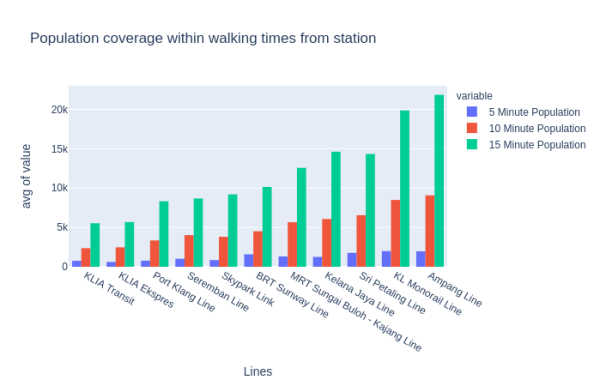 Outdated compared to other cities

The data discovered from these charts also revealed Malaysia’s train system drastically falls behind when compared to other cities like Singapore and Montreal. “Note how evenly shaped the isochrones in Montreal and Singapore are. They really maximized the reach of their stations for pedestrians. Then we have whatever the shape of the ones for KL are for some of the MRT stations.” 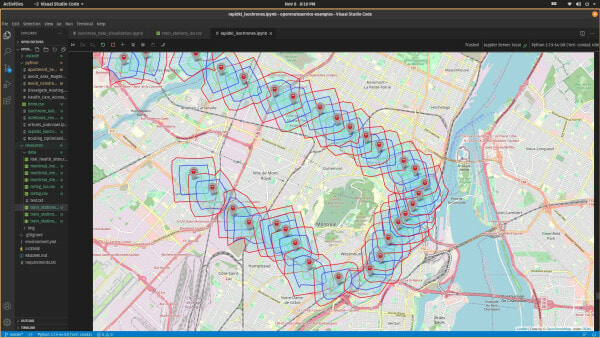 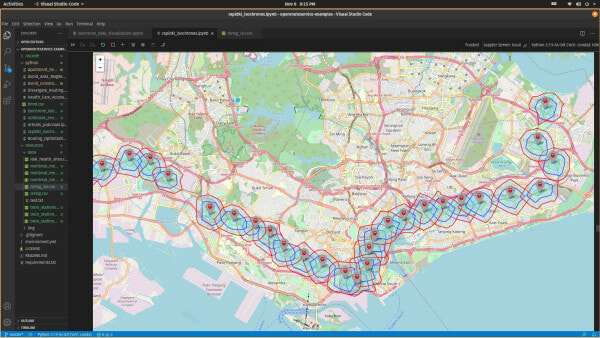 Montreal’s stations cover far more walkable areas for their population as compared to KL which Nabil says is due to “better city and infrastructure design that allows people to walk.” He added that the fact that our neighbouring country, Singapore, shares a similar climate and culture and is known for their MRTs proves “the notion that people don’t want to walk because it’s hot is not accurate. [Rather], it’s the lack of facility and design.”

The netizen also said that it was high time to get rid of all these unnecessary highways that prevent building more accessible routes for public transport users. “We really gotta stop building our stations in the middle of nowhere and next to massive highways. Better yet, we take down massive highways that do more harm than good. Then we really have to address how poorly designed our cities are at maximising space for people, not cars.” 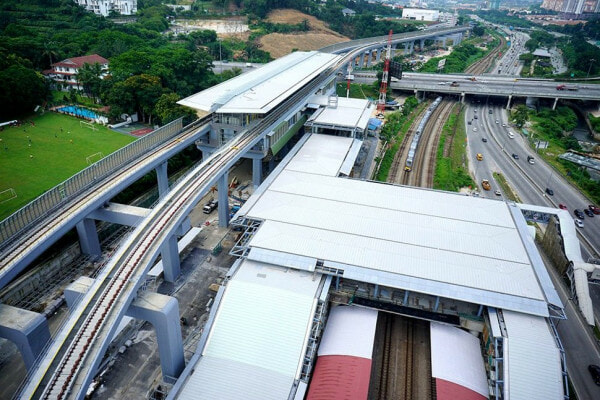 WOB reached out to Nabil and asked what he’d like to say to our country’s authorities to make the public train system more systematic. He told us, “I hope the authorities listen to the public more in terms of city planning and public transport. Especially the ones who need it the most.”

Kudos to Nabil for opening our eyes to how our public transport system can be improved. What do you guys think of this?

Also read: Budget 2021: Public Transport Pass MY30 Will Be Continued & Expanded To Penang and Kuantan 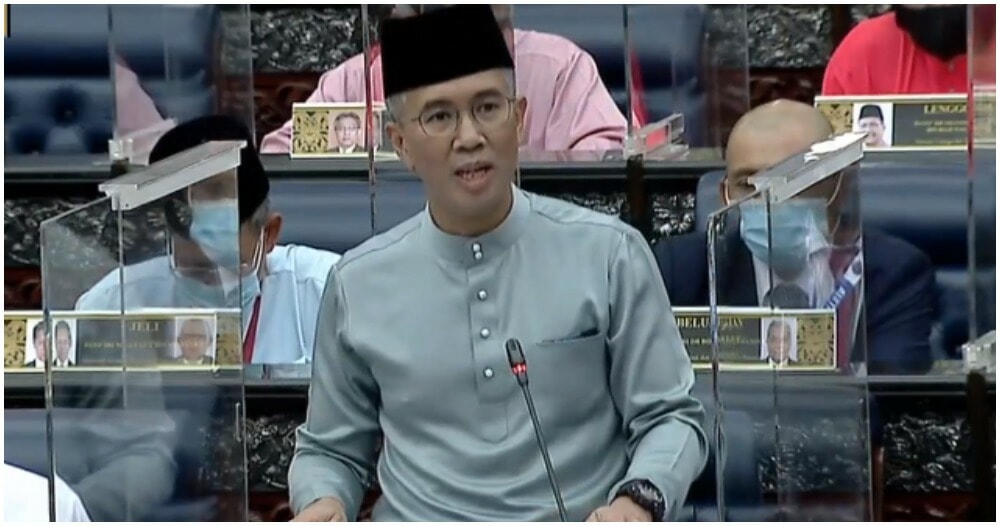