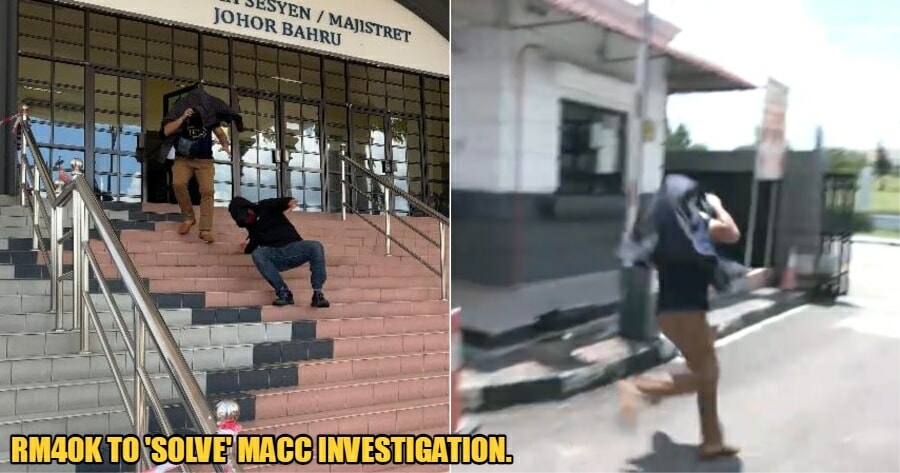 Based on a report by Malaysia Gazette, the two accused donned face masks and hoodies, in an effort to avoid getting their faces recorded by photographers and in any videos by media representatives.

During the incident, which happened around 12.45pm, one of them also fell down the steps of the courthouse, before they ran into a silver Honda waiting for them outside the gates. 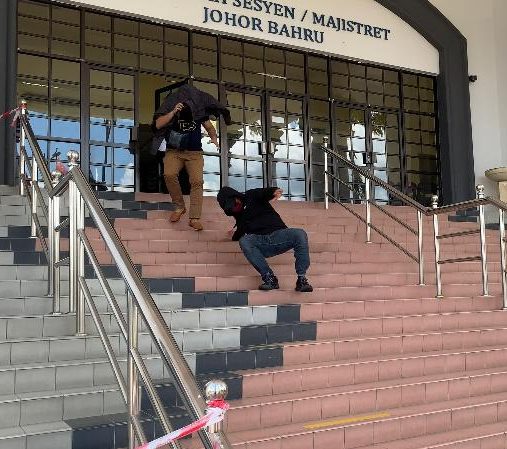 Earlier, the two were charged in the same Sessions Court, on charges of cheating an enforcement officer to hand over RM40,000 to settle a case in their agency’s investigation.

One of the accused, 32-year-old Amir Izham Isahak, pleaded guilty while the other, 34-year-old Wan Kamarul Za’im Mansor, pleaded not guilty. 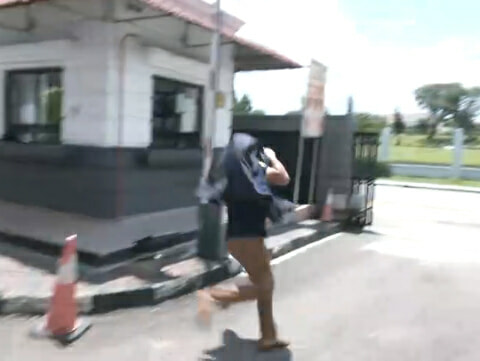 According to the charges, they were accused of deceiving an individual by forcing him to give them RM40,000 in cash, in return they said they would help him solve a case that is being investigated by the MACC against the individual.

The act was committed at a restaurant in Simpang Renggam at about 7.57pm on 14 October.

For the offence, the two were charged under Section 417 of the Penal Code, which carries a maximum jail term of five years or a fine or both if convicted.

In the proceedings, the Deputy Public Prosecutor offered bail of RM35,000 to the two accused, with one surety in addition to their international passports being submitted to the court.

However, Wan Kamarul Zaim appealed to the court for the granted bail to be reduced to RM10,000 because he had to support his wife who is pregnant and his four children.

The judge then ordered for both their bails to be set at RM7,000 with one surety as well as his international passport to be handed over to the court.

Meanwhile, Amir Izham’s case has been postponed and both of them will have their cases re-mentioned on 24 November.

You can watch the video of their courthouse run here.