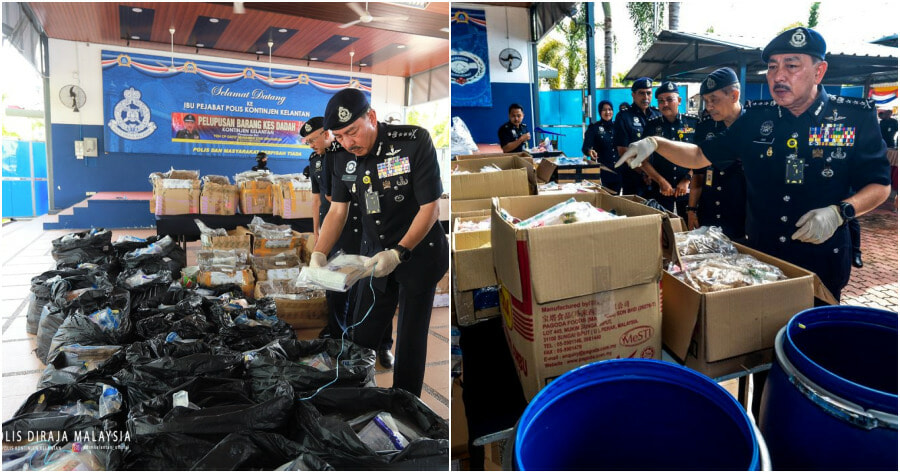 In a report by BERNAMA, Kelantan police will apparently dispose of RM47 million worth of various types of drugs seized from 2008 to 2022 involving 4,399 investigation papers.

According to state police chief Datuk Muhamad Zaki Harun, the disposal of the drugs was ordered by the court after the conclusion of the trials and appeal period for the sentences imposed on the offenders. 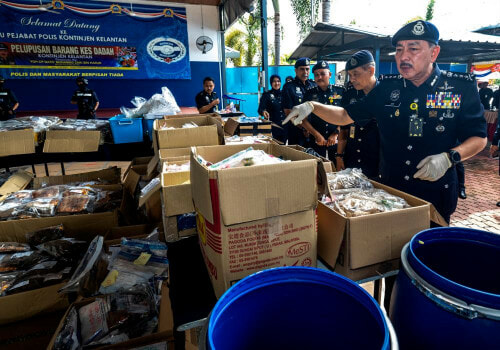 “Heroin, methamphetamine, cannabis, ecstasy, syabu and an assortment of other drugs will be disposed of at the Natural Solid Waste Disposal Centre, Bukit Tanduk, Negeri Sembilan tomorrow in compliance with the standard operating procedure (SOP) and stipulated rules,” he said at a press conference.

He also explained that the management cost for disposing of the drugs is RM35,000. 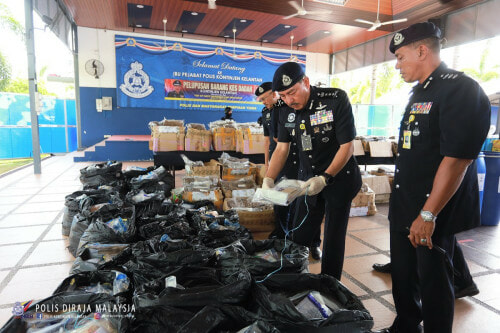 Meanwhile, he said that between January and October this year, the Kelantan Narcotics Crime Investigation Department arrested 11,115 people in 9,018 drug cases, with RM49,833,434.18 million worth of drugs seized and RM3.9 million worth of assets confiscated.

“In the same period, police also took action against 511 drug addicts under Section 39C of the Dangerous Drugs Act 1952,” he said.

We wonder why it costs so much to dispose of said drugs.

Also read: There Will Be 24-Hour PDRM Roadblocks In Every District, Nationwide Starting 22 November 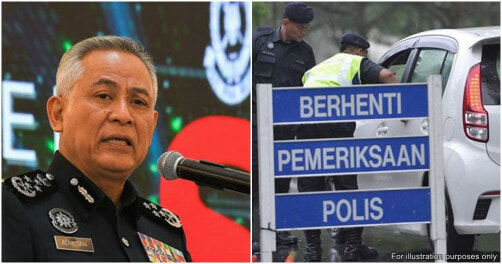