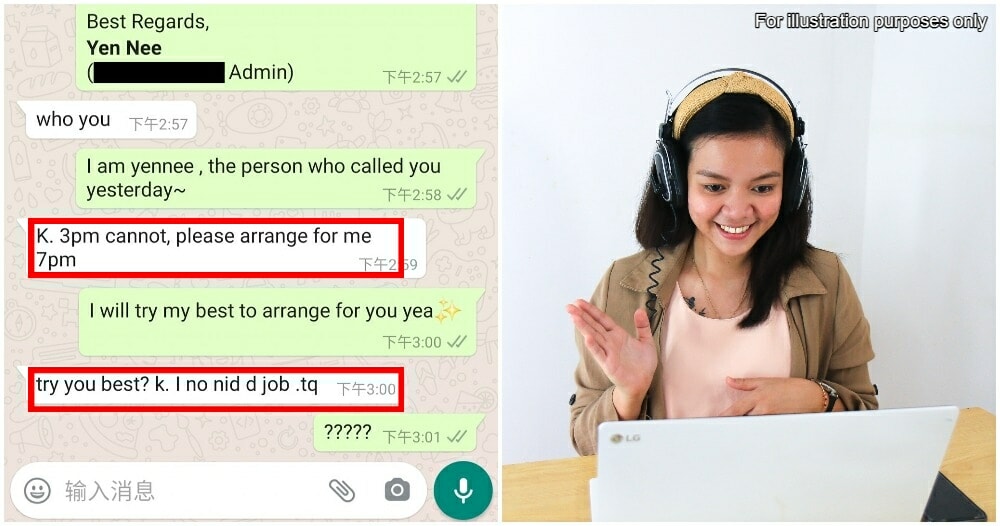 With MCO 2.0 ongoing, many people are now facing unemployment and uncertainty on where their next meal will come from. The job market itself is uncertain and this has put huge stress on fresh graduates who have just stepped out of universities or colleges.

In a screenshot of a WhatsApp conversation that has gone viral recently, a woman by the name of Yen Nee shared her experience of dealing with a prospective job candidate. Yen Nee is in charge of setting up interviews with candidates for the company that she works for. 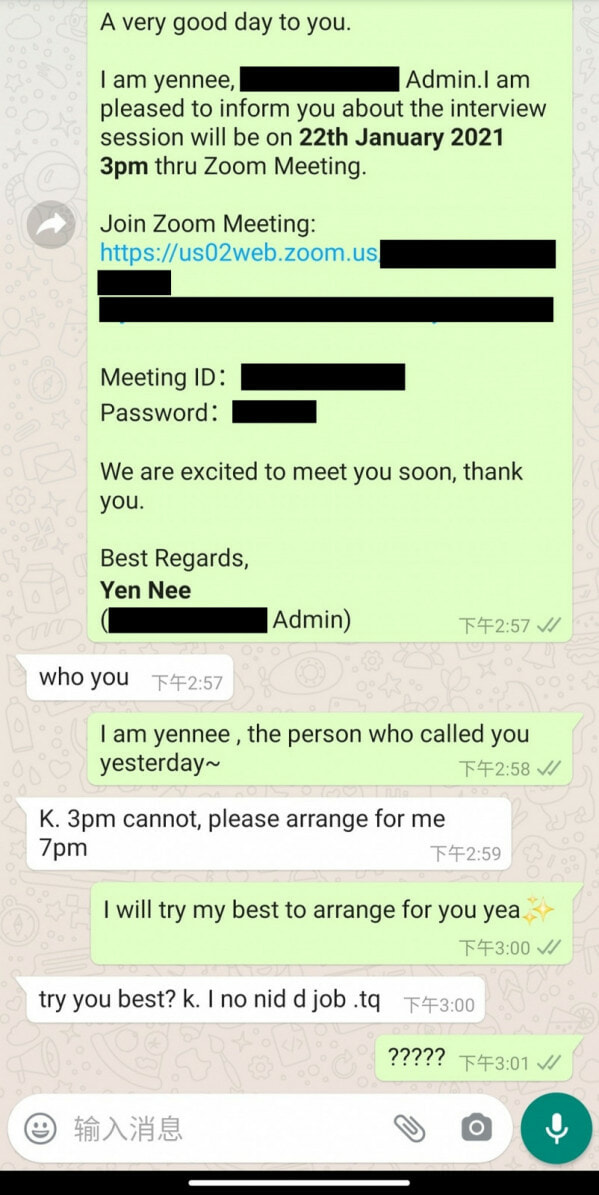 On 21 January, Yen Nee approached a job candidate whom she had called a day prior. In the message, she supplied information on the job interview which will be done on Zoom. The candidate then asked Yen Nee who she was and Yen Nee introduced herself again.

However, the candidate then said this:

Yen Nee then told them that she would try her best to make it happen and she received the following reply:

In the caption, Yen Nee revealed that the candidate is young and has a “full personality”. 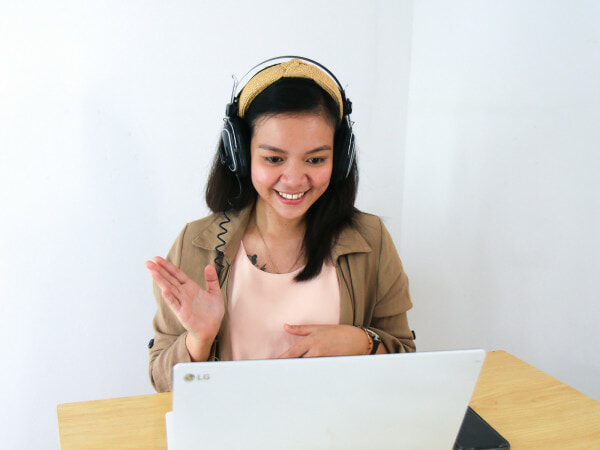 Netizens were outraged as they feel like Yen Nee was the one who was interviewed rather than the candidate. They have also mentioned that the candidate had an attitude and was arrogant.

“After reading your conversation, it looks like you’re the one attending the interview rather than that person.”

“Is there a need for arrogance here?”

The information in this article is used with permission from the original source.

Also read: “Not everyone lives in luxury condos” Man Reveals Why Some M’sians Are Against MCO 2.0 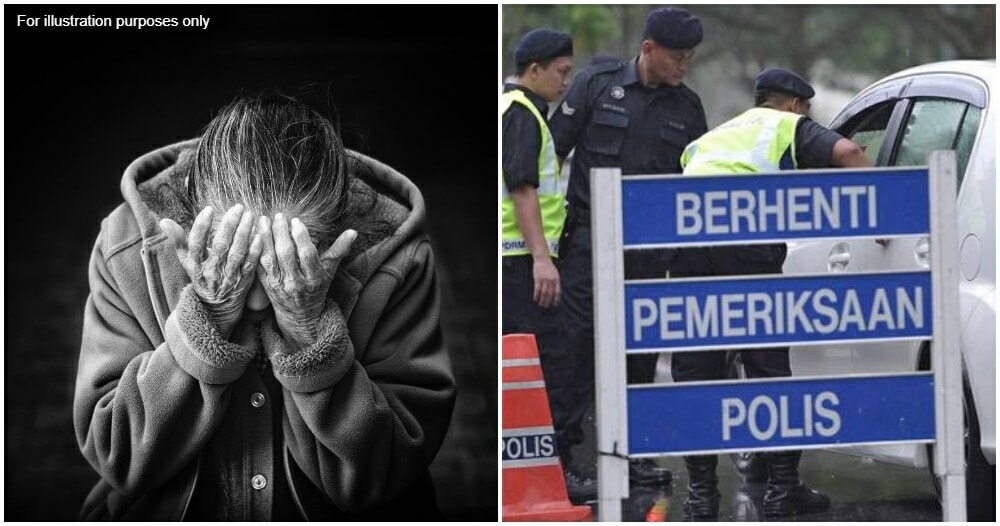