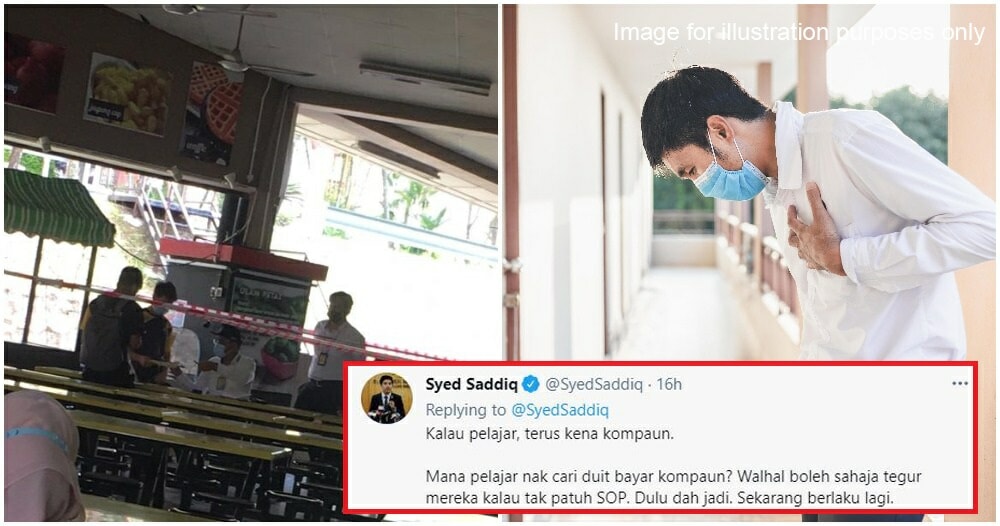 Is this another case of double standards among normal Malaysians?

At this point, it’s safe to say that Malaysians frustrated with certain parts of the Ministry of Health (KKM) especially when they’re quick to pass fines to normal Malaysians when they commit an offence. However, it doesn’t appear to be the same case when a VIP or even a politician commits an offence as the only action taken against them would be a notice that authorities are “conducting investigations.”

The latest case of “double standards” was highlighted when Perak Matriculation Students got fined for pulling their masks down for a short period of time. Twitter user Nabil Amirul (@NabilAmirul4) first brought this case into light by mentioning that the students have been quarantined inside the campus for the whole semester but KKM officials still decided to fine the students RM1,500 each. 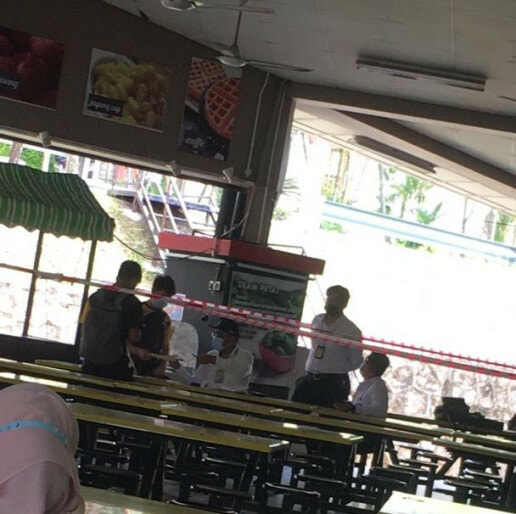 KKM officials went to the college cafe to investigate a case of food poisoning and the cafe was then closed for two days. Unfortunately, when they were there, many students got compounded for not wearing their masks. Nabil added that the students have not had outside contact for the past five months as only the lecturers and matriculation staff were allowed to leave the campus.

He questioned the absurdity of the situation where the KKM officials came to investigate another issue but instead chose to fine students an exorbitant amount. “Those who got fined weren’t rich students. And now they have this added stress on top of stressing for our exams in two weeks time,” he said.

However, further investigation revealed that the students were allegedly informed that the KKM officials were visiting their campus and they were asked to wear their masks at all times. Speaking to WORLD OF BUZZ, Nabil said as of right now the matriculation student council are planning to do something about this case and the management will be gathering all the students that have been compounded.

Former Youth and Sports Minister, Syed Saddiq, called out KKM for immediately fining the students without conducting any investigations whatsoever.

“How many times have we warned about the double standards in handing out compounds? What’s wrong in advising before handing out those compounds? Is it so hard?

Where are these students going to find the money to afford the fine? It has happened before and it’s happening again now. If this was a minister, KKM would open an investigation and pretend to consult the Attorney General Chambers.”

Did the students deserve the fine? Let us know what you think in the comments section!

Also read: Fined for Breaching SOPs? Feel That It Was Unjustified? Here’s How You Can Appeal