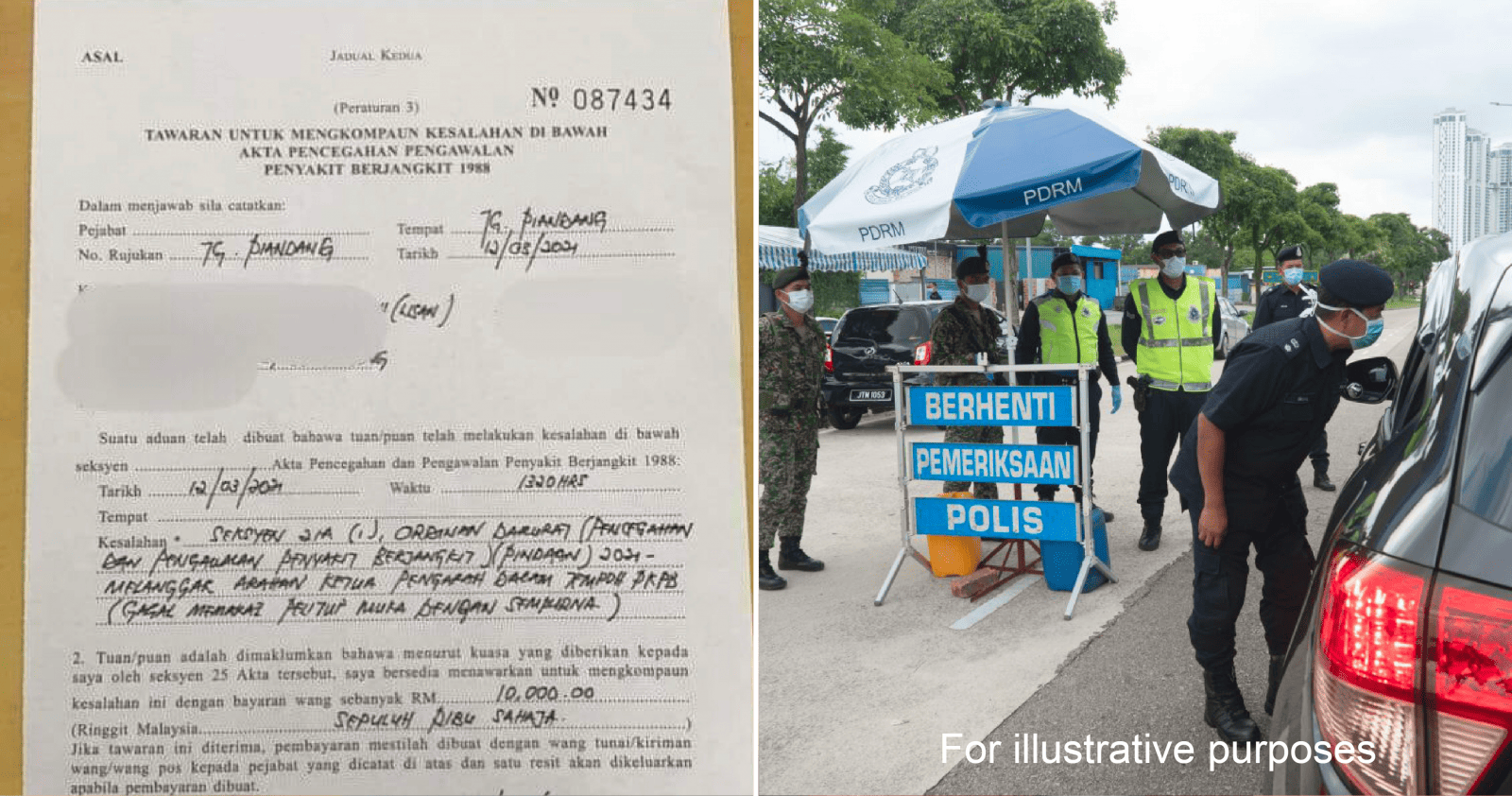 Following the incident and various others that were similar, de facto Law Minsiter, Datuk Seri Takiyuddin Hassan clarified that minor offences such as not wearing a face-mask properly should not incur a RM10,000 compound. On the contrary, it was supposed to be for repeat offenders or for serious offences of Covid-19 SOP breach. 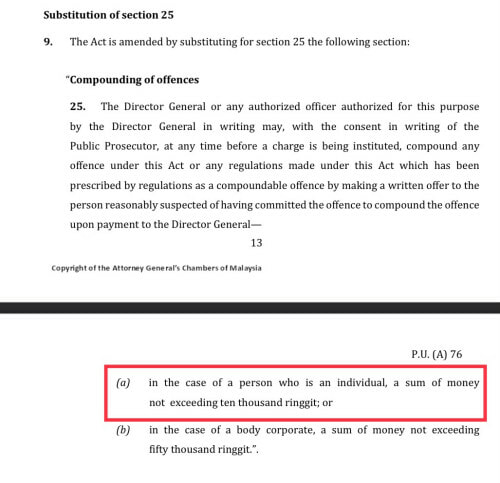 The emergency ordinance amendment to act 342.

With apparent confusion regarding the enforcement of the Prevention and Control of Infectious Diseases Act 1988 [Act 342] which was recently amended by the Federal Government using an Emergency Ordinance, Takiyuddin alongside the Health Minister, Dato’ Sri Adham Baba finally laid out a proper guideline for compounding offences, which include:

Furthermore, Takiyuddin also specified that if the compound is paid within a week, individuals will be entitled to a 50% discount and will only have to pay RM750. During the press conference, the Health Minister also added that since the RM10,000 fine was enforced on 11 March, not a single person has been able to afford the payment. Hence, they have decided to reduce the fine to RM1,500 accordingly. 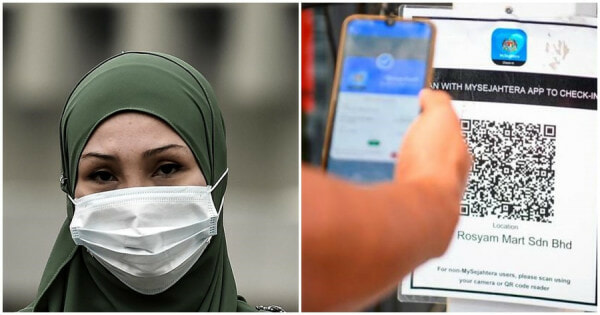 Worry not as here’s a simple guideline on how to appeal the compound as well as details that you need to know about the Emergency Ordinance amendment to Act 342:

What is an offer to compound?

An offer to compound is an offer to pay a fine sum without going through prosecution in court. A compounding of offence is usually offered by enforcement bodies to encourage early settlement. 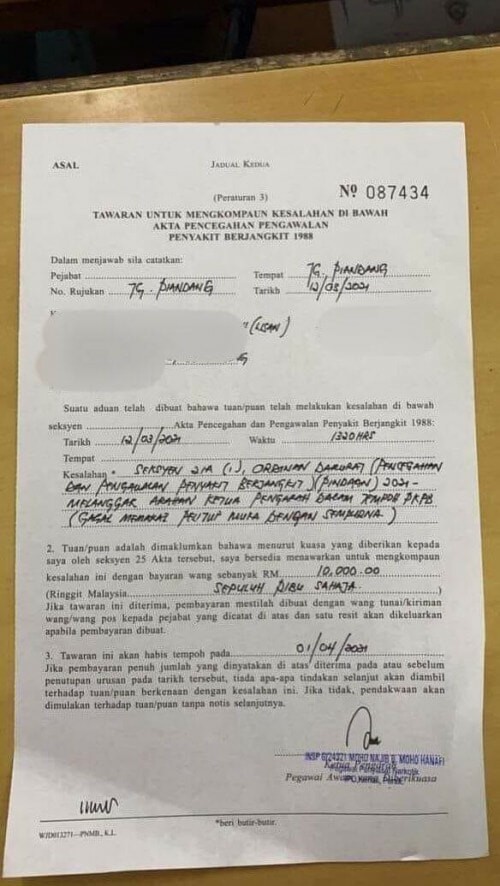 Who has the power to offer compounding of offences?

According to Section 25 of the Prevention and Control of Infectious Diseases Act 1988 [Act 342], those who have power to issue compounds include:

What will happen if an offer to compound has been issued to me but the payment is not settled?

The enforcement body will assume that you have rejected the offer to compound. Your case will then be referred by the enforcing body to the State Public Prosecutor. The Deputy Public Prosecutor will the consider the facts of the case to determine whether to initiate court proceedings.

Can I appeal for a lower rate of compound?

You can send a letter of appeal attached with relevant documents to the District Health Ofice (PKD) to mitigate the compound value by clarifying the facts of the case.

Asserting possible mitigation factors such as below would also help:

I have been issued a summon without a valid reason. What can I do if I intend to dispute the compound given?

Here are two possible scenarios and what you need to do:

Scenario 1: I was at a restaurant and compounded for not wearing a face mask when eating, what should I do?

Scenario 2: I was on an LRT Station platform and removed my face mask to drink some water. Suddenly a police personnel came and issued me a compound for not wearing a face mask. What should I do?

What will happen in court should I be charged?

Option 1: Plead guilty and appeal to the court to reduce the fine. 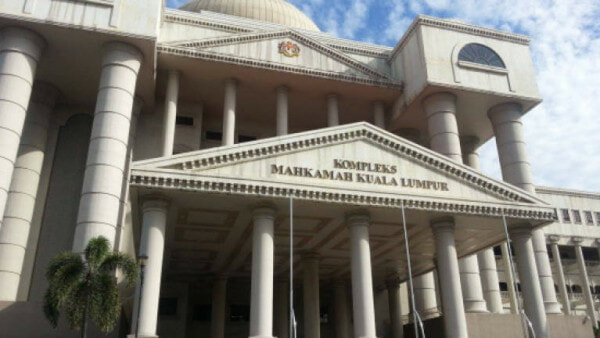 Do note that this is just a general guideline and should not be regarded as legal advice. Speaking of which, if you were to be compounded and require legal counsel, various political parties are offering free legal consultation, even political parties that makes up the Federal Government.

Remember to always adhere strictly to Covid-19 SOP so that your health and wallet are kept safe! The latest SOP can always be checked through the National Security Council (MKN)’s website or by following their Telegram account. 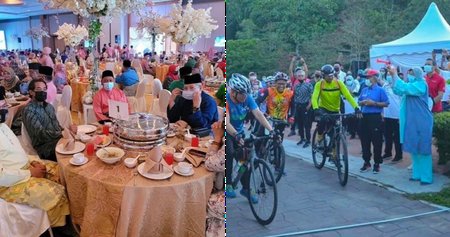