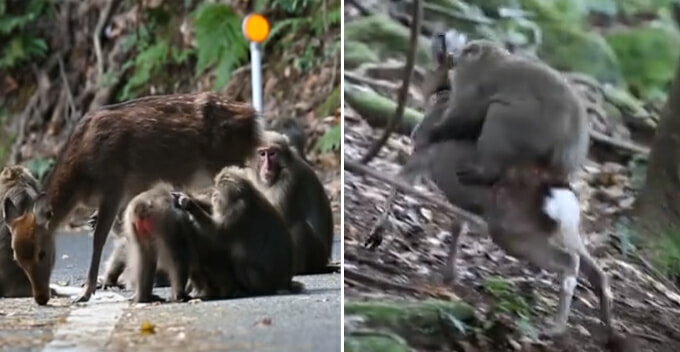 On January 10, scientists have revealed a rare footage of a male monkey trying to have sex with a female deer on Japan’s Yikushima Island.

In the video, a Japanese macaque or better known as ‘snow monkey’ initially sat beside a Sika deer while the deer was grazing. 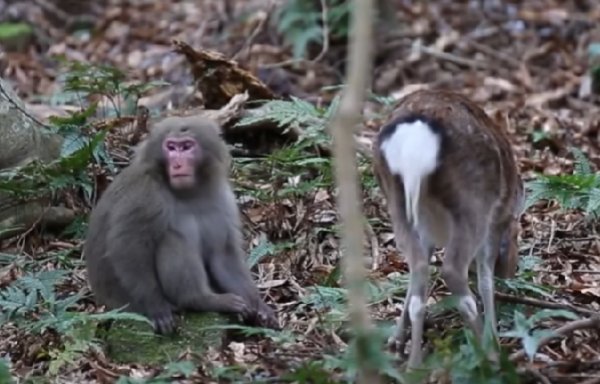 After some moments, the monkey skilfully climbed on the deer which were much higher than the monkey itself. Ohh my. 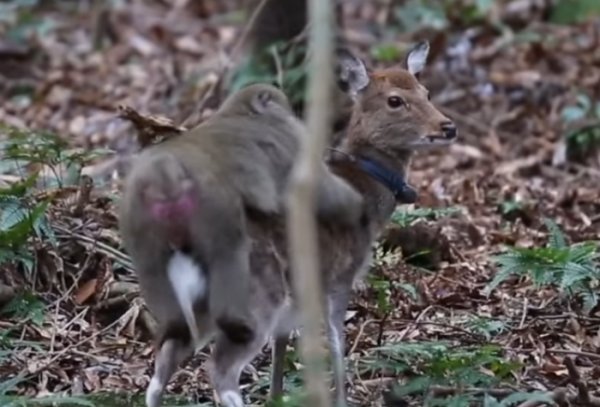 The co-author Marie Pele of the University of Strasbourg, France reveals in the study:

“No ambiguity is possible, it is clearly sexual behaviour.”

According to the researchers, this behaviour could be due to ‘mate deprivation’ in the community. This is because during the mating season, the hormones would surge and the competition for females became stiff. In short, the monkey was dry.

“Sometimes young males, like the one in the study, do not have access to females in their social group as these are claimed by older males,” said Pele.

“This young macaque did not have access to females, but was very excited. It took advantage of the presence of the doe,” added Pele.

Apparently macaque and Sika deer live close to each other at Yakushima. The deer would eat the food that monkeys dropped from the tree. Sometimes the deer would even feed on the monkeys faeces too. 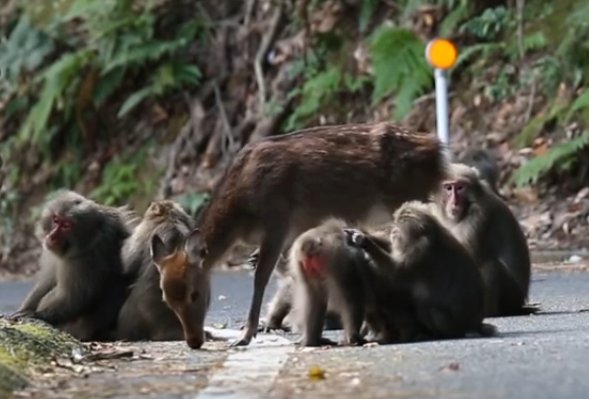 The video on Youtube has been watched over 1.3 million times in just 4 days. Netizens have poured in their comments and some were pretty funny.

“Do a deer, a female dear” commented a netizen.

“And this is how human started riding horses,” said another netizen.

Although inter-species sex are mostly fruitless, but I’m sure the monkey had one of a kind experience.

Here’s the video for you guys: