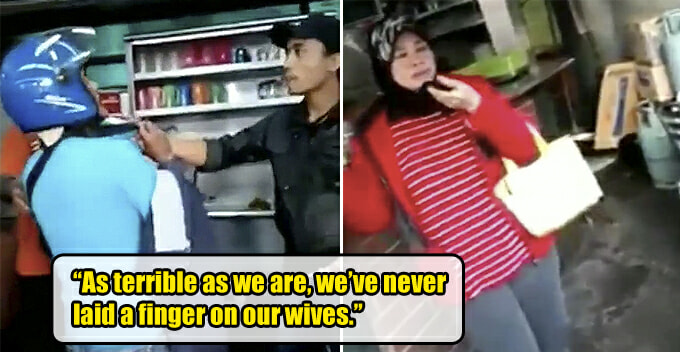 He may be able to get away after hitting his wife elsewhere, but not in Malaysia.

Hours ago, an Indonesian man was caught by fellow Malaysians after he was seen bashing his wife with a helmet at a food court in Johor. The man in blue T-shirt was immediately stopped and surrounded by members of the public, while another man whipped out his phone and recorded the whole thing. 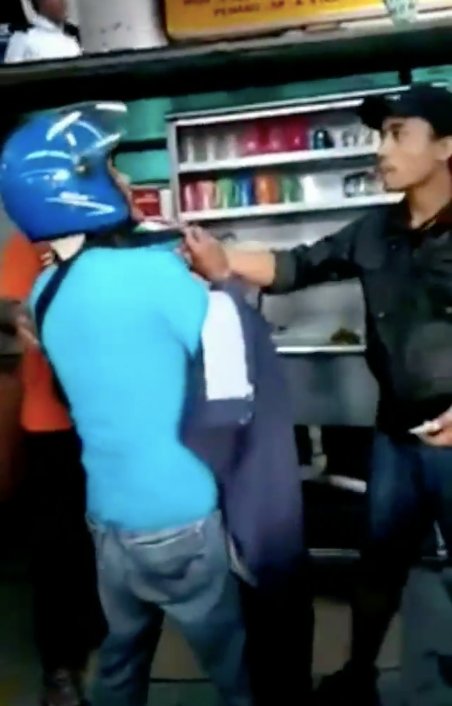 As the crowd started to build up, the husband got scared, and even more so when everyone wanted to drag him to the police station. One man was especially angry as he couldn’t tahan the act of beating a woman. Respek bro!

He said, “As terrible as we are, we’ve never laid a finger on our wives.”

Understandably, the situation was pretty tense as some bystanders were ready to rough up the husband. Ironically, the wife was the one who was shielding her husband while he cowered behind her. 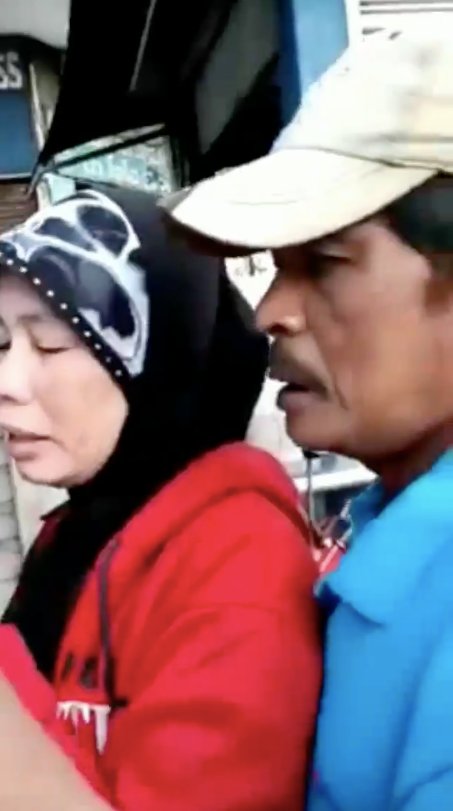 The man who was holding the phone said, “You got away this time because of your wife.” He then added another powerful sentence, “Do you even sembahyang? If yes, why would you behave like this?”

After this video went viral online, netizens roasted the husband and praised our fellow Malaysians for standing up for the woman.

“If you’re in China or other places, people might just stand there and watch, but this is Malaysia, and you’ve made a big mistake by hitting her,” a netizen said.

“I can’t take the video seriously because of the commentary,” another Facebook user commented.

This video has restored our faith in humanity, and it’s certainly heartwarming to see Malaysians of different races come together to rescue a woman and stop a bully. Kipidap guys! 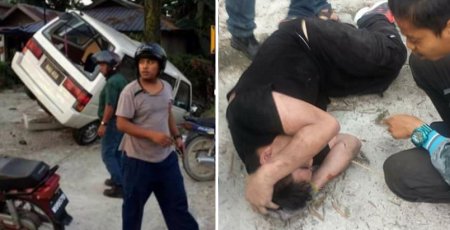