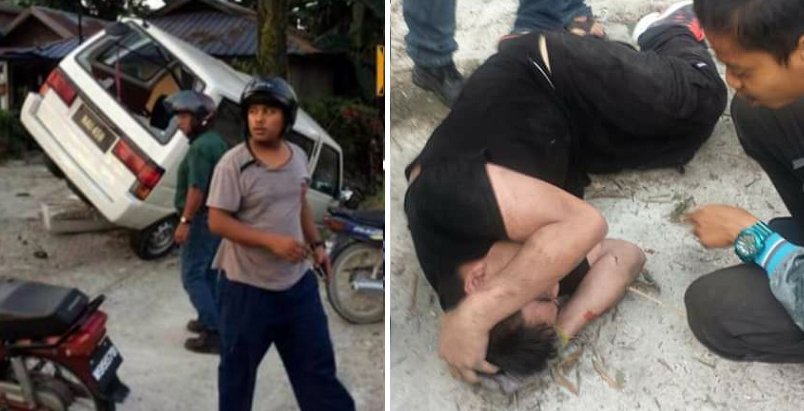 On January 10, a Chinese lady was traumatised when she was kidnapped by 2 male kidnappers in a van. Luckily and astonishingly, the attempted kidnap was foiled when members of the public started chasing after the van. The incident happened in Sungai Pelong, Selangor at approximately 5 pm.

According to Sinchew, the parents of the 20-year-old victim owned a curtain factory in Sungai Pelong. When she went to retrieve her car nearby the house, she was forcefully pulled into a white van by 2 man. The kidnappers also left a note in the car asking for ransom from her family.

The lady then shouted at the top of her lungs and alerted the public that was around. To save the lady, heroic Malaysians hopped on to their motorcycles and cars to pursue the white van. 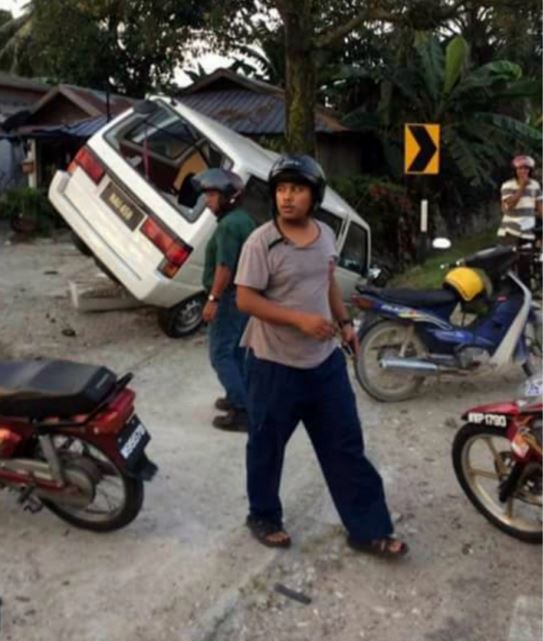 During the pursuit, the kidnappers drove like lunatics and collided with a few vehicles on the road, according to netizens whom had witnessed the incident.

The victim was also mercilessly pushed out from the moving van and onto the road. The kidnappers panicked and lost control of their van before crashing into a big tree. The van was badly damaged while the kidnappers were injured. 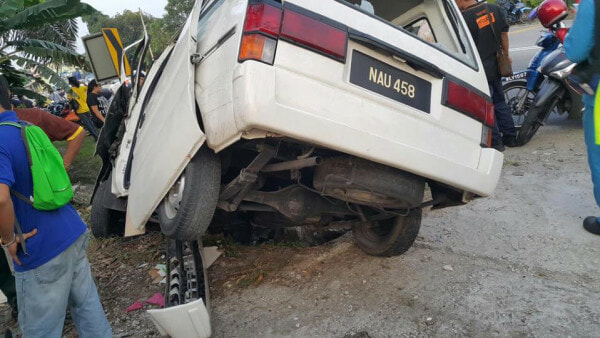 The pursuing Malaysians then dragged the kidnappers out of the van and beat them up before handing them over to the police. The 25 and 35 year old Chinese kidnappers were detained in Sungai Buloh Police Station for investigation. 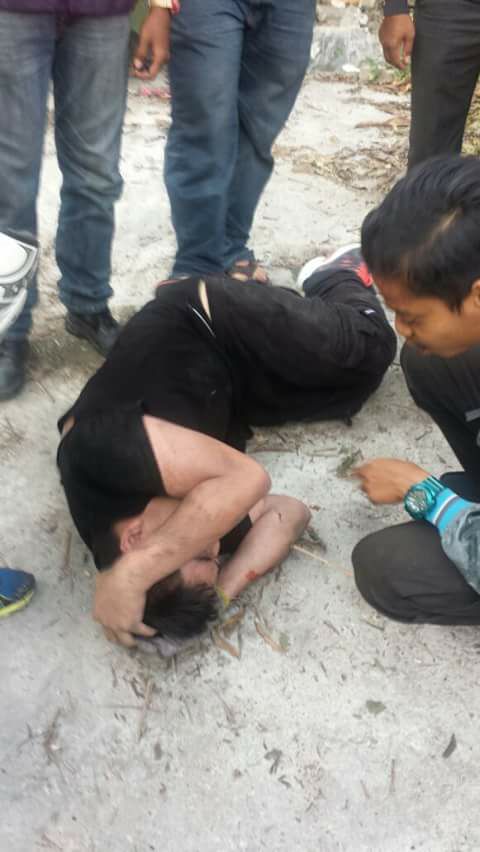 It was reported that police discovered a parang, gloves, face masks, and ropes in the van. The van was reported as a stolen vehicle and was using a fake number plate. The victim on the other hand suffered from bone fractures on both legs due to the fall. 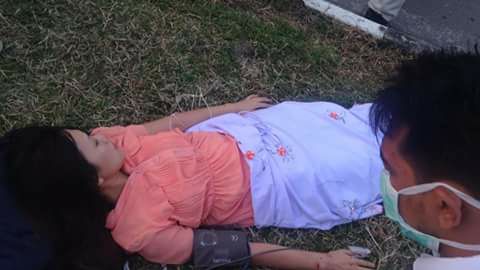 After the incident, the public set fire on the van to vent their anger off. That’s right, don’t mess with Malaysian. 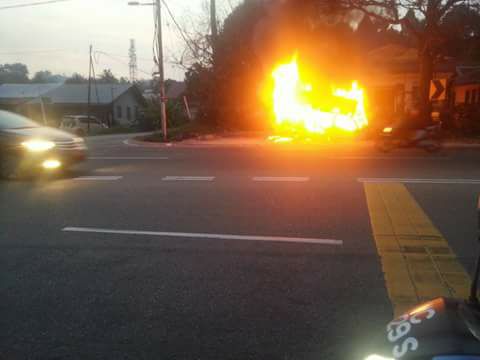 To those who pursued the white van, your notable actions have kept a kidnapping case from getting worse. Thanks, and kipidap!