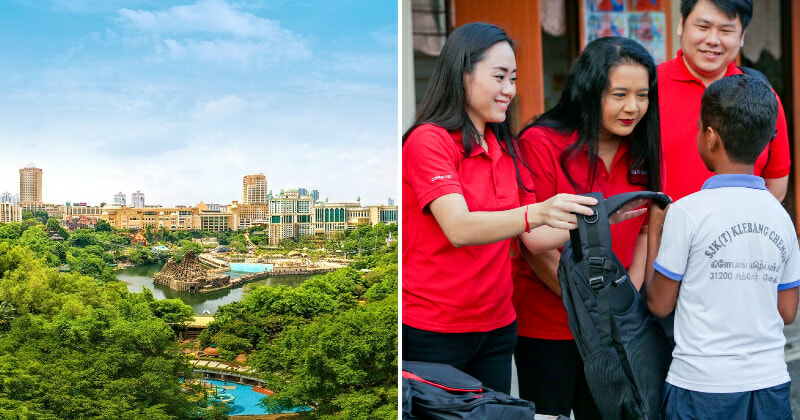 ‘Sustainability’ is no longer a foreign word among Malaysians. Many of us have started learning the importance of giving back to the environment and community. One such instance of that can be seen when this local company decided to dedicate their entire business to the Environmental, Social and Governance (ESG) initiative to make a change.

The company we’re talking about is none other than Sunway! In case you’re unaware, Sunway has been actively playing their part in being more sustainable and ethical towards nature, its people and also on a corporate level. Not only are they making a real impact, but they are also proving that we can all make a difference by doing a good deed, no matter how big or small.

How does this work and will it make a difference? We’ve broken down all the things you need to know about Sunway’s important efforts for a better tomorrow.

What is ESG and why is it important?

Just like its name, ESG is a core framework implemented by companies that are determined to work towards being more socially responsible in the way they operate. By adopting ESG reporting practices, it can assess a company’s ethical impact in three key factors namely:

The ESG initiative is seen as a call for action that is aligned with the United Nations Sustainable Development Goals (UN-SDGs). Started in 2015 by the United Nations, this global movement is aiming to achieve 17 goals such as ending poverty, protecting the planet and ensuring everyone can enjoy peace and prosperity by the year 2030. 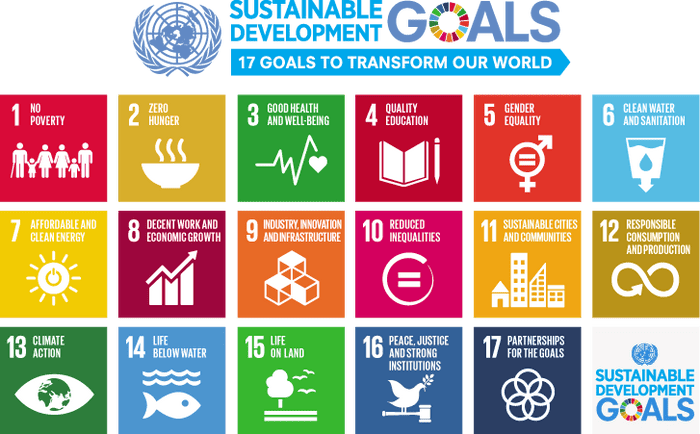 In an effort to be part of this global movement for the collective good, local companies, such as Sunway, have been carrying out the ESG reporting practices in order to create a better future by consciously making ethical decisions throughout all aspects of the company.

While it’s great that big corporations are starting to realise the impact of their operations, we believe this should also be a reminder for Malaysians to start reflecting on our daily habits and consumption and strive to become more ethical towards nature, the people around us and how we work!

What is Sunway doing to support ESG?

As we’ve mentioned beforehand, Sunway has taken various initiatives to support this policy and implement them in their company. Part of what motivates them is the Founder and Chairman of Sunway himself, Tan Sri Dr. Jeffrey Cheah, who has always stood by his inspirational saying “we can do well by doing good.” For instance, their development of Sunway City Kuala Lumpur was built on a tin-mine wasteland where there was no need for more deforestation to take place.

In fact, it’s clear that their socially responsible business practices have been an ongoing process, as evidenced by its listing on the FTSE4GOOD Bursa Malaysia Index as a constituent for six consecutive years for demonstrating responsible and sustainable corporate policies. Some of their initiatives to support the ESG policies include:

As part of their energy management efforts, Sunway aimed to reduce carbon emission by introducing energy-efficient substitutes such as LED lights, chiller plant optimisation, increasing usage of solar energy and more. As a result, they have helped to reduce 40,130 tonnes of carbon emission in 2019!

For water management, a water treatment plant was built at Sunway South Quay to reduce water wastage and while also turning Sunway into a self-sustaining township. They have also installed rainwater-harvesting tanks as part of their water recycling plan.

From that, 16,718,00 litres of water had been recycled in 2019 and used for landscape watering and cleaning purposes. Rainwater harvesting is also practised at their Sunway Lagoon theme park. 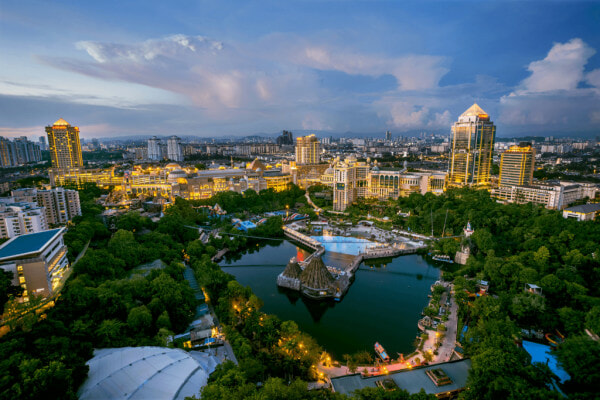 Sunway has also made various efforts when it comes to waste management. For instance, Sunway Pyramid Mall collaborated with Sunway Resort to launch the Food. Compost. Plant. Reduce. (CPR) campaign where they invested in food composting machines that can convert food waste into organic compost soil. The machine had successfully composted 119 tonnes of food waste in 2019 alone. 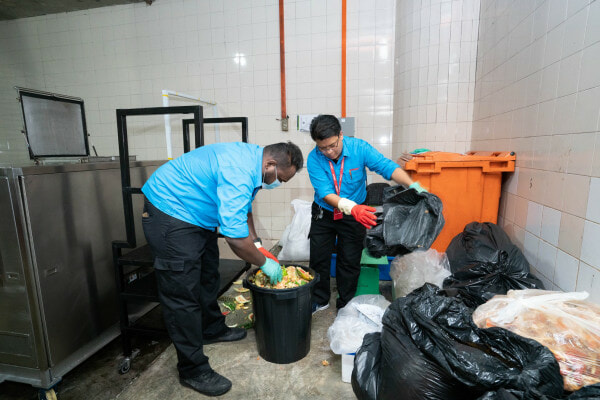 Apart from that, they also donated extra buffet food from Sunway Resort to the homeless and urban poor in Malaysia with Kechara Soup Kitchen. In addition, food waste from Menara Sunway gets sent to a food composting farm in order to reduce as much food waste as possible.

It’s pretty clear that Sunway has made significant contributions to the environment, and we can do the same too! Start small by managing your energy consumption at home or recycle your waste as much as you can.

In order to give back to the community, Sunway launched the #SunwayforGood initiative to encourage the spirit of volunteerism among the Sunway employees and it mainly focuses on creating positive impacts on three key aspects namely: 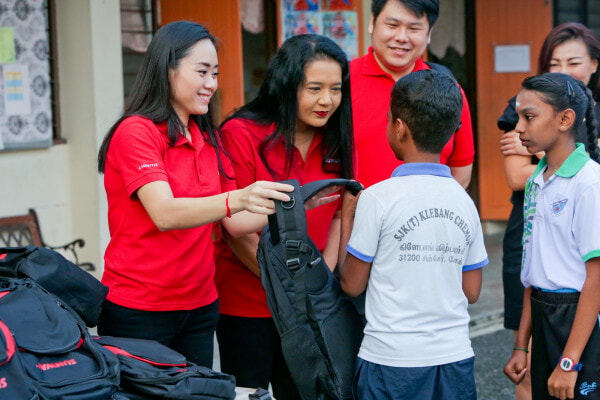 Focuses on assisting underprivileged schools or providing training and opportunities to enable people to pursue a better future for themselves. For instance, Sunway has adopted eight schools nationwide and donated over RM30 million towards upgrading school facilities. The Jeffrey Cheah Foundation has also awarded more than RM570 million in scholarships to thousands of applicants pursuing various fields of study.

Sunway has also been consistent in initiating development programmes to assist the underprivileged and B40 communities such as establishing an ‘ATM Beras’ for those who need it. Since 2015, Sunway has contributed more than RM11.51 million to help some half a million Malaysians and they aim to reach one million people by 2030. 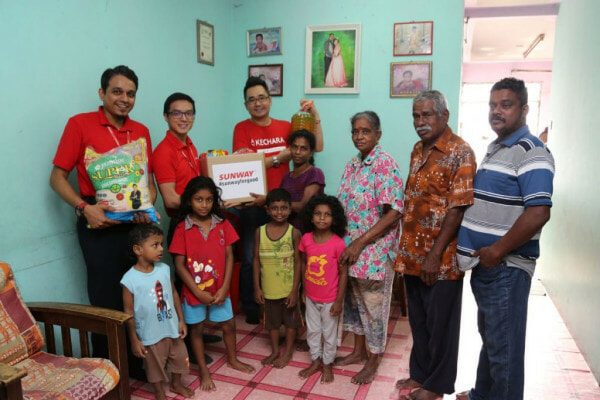 When it comes to social efforts, it is also worth reminding that we ourselves can also contribute in our own way by checking up on the closest people around us to see if they are in need of any kind of help, especially during tough times such as now.

Apart from contributing to society, Sunway has also made considerable efforts in order to safeguard employees’ health and safety. With over 16,000 staff under the Sunway umbrella, they aim to cultivate a productive workplace to yield a positive impact on its employees, the community and our environment. 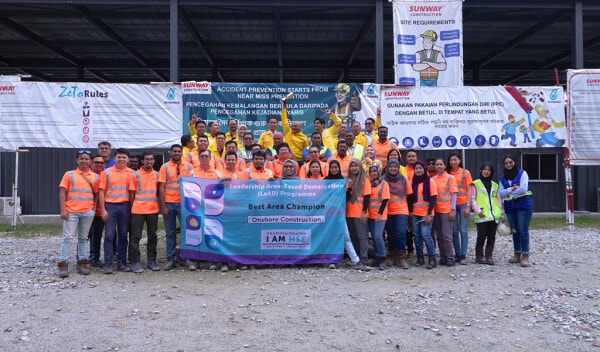 Sunway has also ensured to communicate the policies well to the staff during their in-house training programme. Not only do they care about the employees’ capabilities but they also aim to widen their perspective and align their purpose with the company through nurturing workshops to establish a healthy corporate culture.

Thanks to their efforts, Sunway has even been recognised as one of the ‘Top 10 Most Attractive Employers in Malaysia’ according to the Randstad Employer Brand Research 2021. Can we apply to work here too? 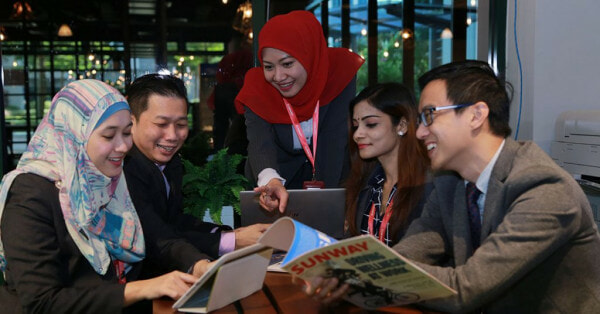 In order to establish good corporate governance, Sunway stands by their Code of Conduct and Business Ethics where they have underlined a core framework to guide employees across all levels that promote transparency at work, compliance with regulations, prioritising unity among staff and more.

They also support the UN Global Compact 10 Principles that emphasise respect for human rights, labour, environment and anti-corruption. In addition, they also recognise the International Labour Organisation’s (ILO) fundamental points such as elimination of forced labour, child labour and discrimination in the workplace.

Towards a better future for Malaysians 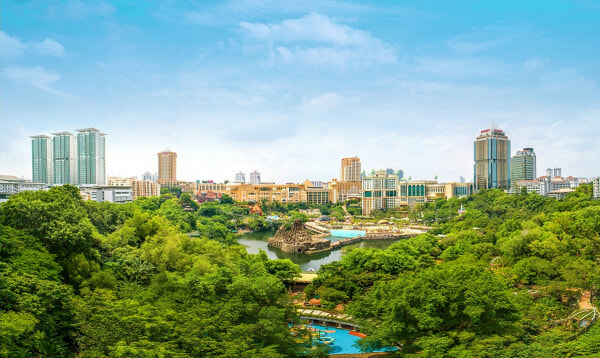 So, what is next for Sunway? They believe that complying with the ESG is never meant to be ‘the end’. Though they are proud of how far they have progressed, they acknowledge that there will always be more room to grow to be more socially responsible in all parts of the ESG initiative.

However, we do highly applaud them for all the efforts they have managed to accomplish! While the concept of sustainability and social ethics might still need some getting used to for most Malaysians, it can’t be denied that Sunway has been at the forefront of this movement that aims for nothing less than the greater good.

As quoted by Tan Sri Dr. Jeffrey Cheah himself, “I hope what we’re doing at Sunway will inspire society to do more.” As fellow Malaysians, let’s do our part and contribute to our environment and community in our own small ways. As the saying goes, no act of kindness is ever too small! Here’s to hoping we can strive to sustain a better future for us and generations to come! We can do it guys! 💪

Sustainability is a responsibility for all of us so let’s take the first step today, guys!