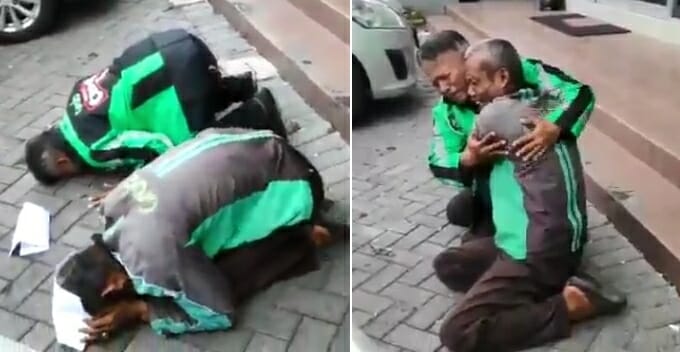 It’s touching when you see people receive the blessings they deserve, especially if it’s unexpected. In a video that’s gone massively viral on Twitter, two Grab drivers in Indonesia were overwhelmed with joy after discovering they won a company-sponsored, all-expense-paid pilgrimage trip to Saudi Arabia.

The video starts with the company representative approaching the two men, identified as Tri Mulyanto and Supriyono, who are taking a cigarette break on some steps. The representatives ask them if they knew about Grab’s Umrah program as they are both given a folded document. 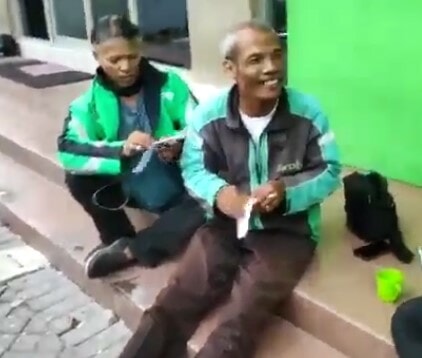 The two men nodded and smiled, unsure of what was going on. In fact, they thought they were being suspended by Grab at first, reported Kompas.

The moment they unfolded the papers, two men broke down in tears, immediately falling to the floor in tearful prostration. The company rep patted their backs, comforting them as they sobbed their prayers in gratefulness. 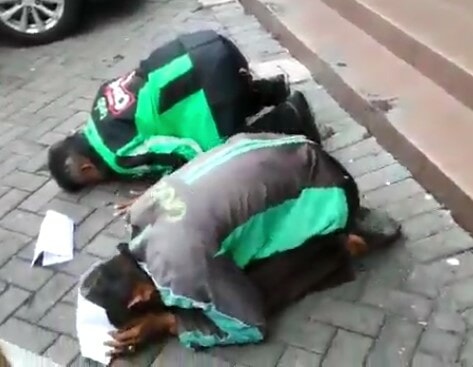 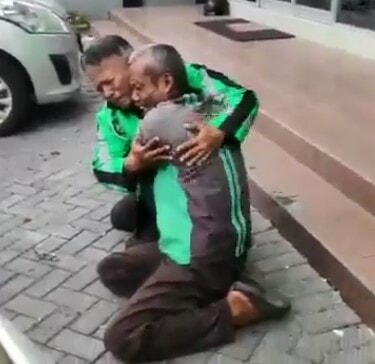 Umrah is a pilgrimage to Mecca that may be taken any time of the year, while not as “major” as the Hajj, the Umrah is still something deeply cherished by Muslim believers.

The video was retweeted by Grab Indonesia’s Twitter, along with the caption: “I also got goosebumps watching this. Congratulations, Pak. Fortunes always come to the people who fight #ImpianUmrahItuDekat”

The all-expense-paid pilgrimage program for Grab drivers is called #ImpianUmrahItuDekat (The Umrah dream is near). Held thrice a year, 200 drivers in seven cities in Indonesia are selected for their excellent performance, and it would seem that Tri and Supriyono have been rewarded.

Andre Sebastian, PR Manager for Grab has said: “GrabBike drivers with the best performance, such as low cancellation rates and achieving a lot of good reviews from their customers, have a bigger chance of winning the Umrah program.”

Andre also confirmed that Tri and Supriyono are their drivers in the Indonesia port city of Semarang and they’ll be departing for Mecca in March, reported Kompas.

Watch the video here. (They open their papers at 1.00)

Wow, we’d like to congratulate these two deserving men and wish them a trip of a lifetime! What’s the coolest company program you guys have ever heard of? Let us know in the comments! 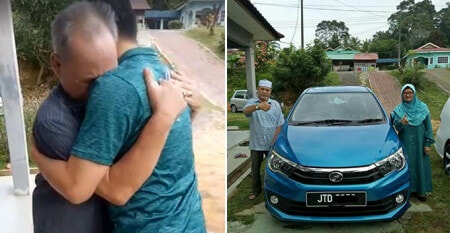