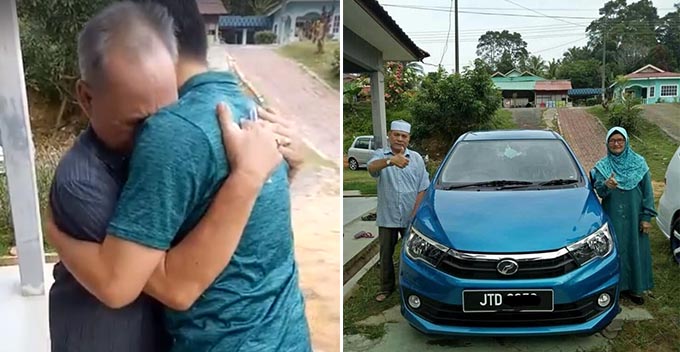 Nothing can beat the special bond between a child and a parent. Our parents have simply provided us with everything they could and it’s time we give back to them.

Recently, a video went viral on Facebook showing a father tearing up after receiving the keys to his brand new Perodua Bezza from his son.

Based on the video, you could see that the father was initially confused when he first saw the blue car parked on his porch. His son then walks over to him to pass the keys before informing him it is his new car. Before the father received his Bezza, he was driving a silver Perodua Kelisa that was also given to him by his eldest son.

“Am I dreaming?” the father asks while wiping his tears.

You could even see how thankful he was with that long hug he gave his son. He didn’t even want to let go! 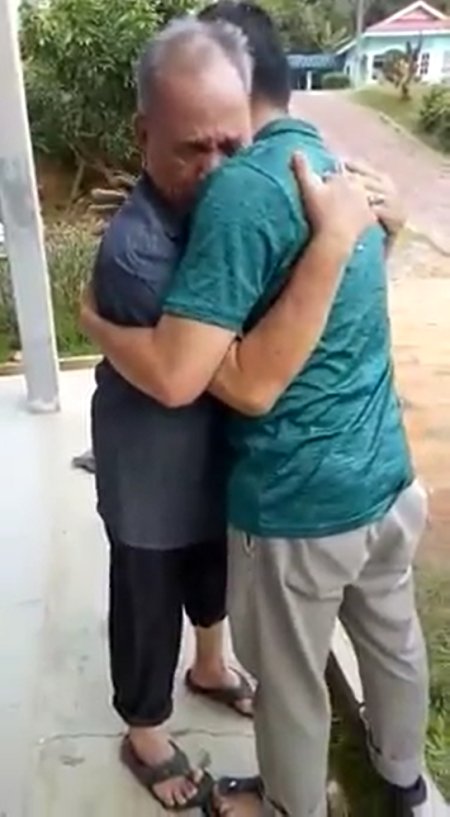 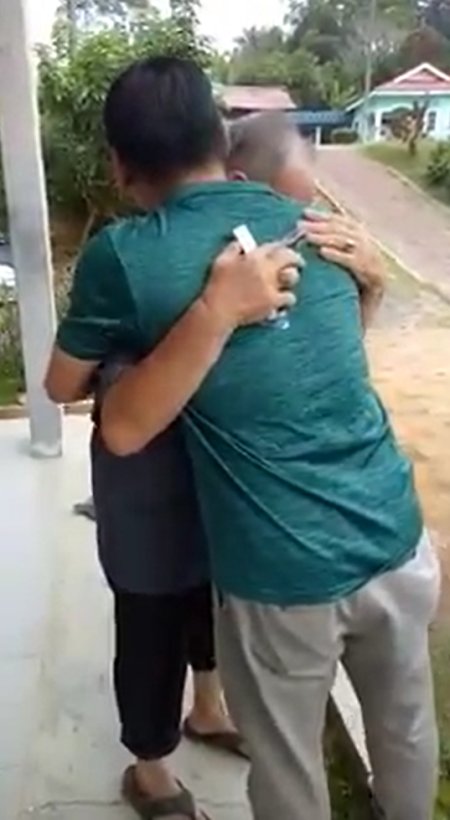 Apparently, the parents also recently lost their third son on 27 October after they returned from performing pilgrimage in Mecca.

Netizens who commented on the heartwarming post expressed how touched they were from seeing the love showed by the children that made their father shed tears of happiness.

“He’s lucky to have such wonderful children,” said a netizen.

“These are the kind of things that should go viral, not those ridiculous stories,” another netizen added. 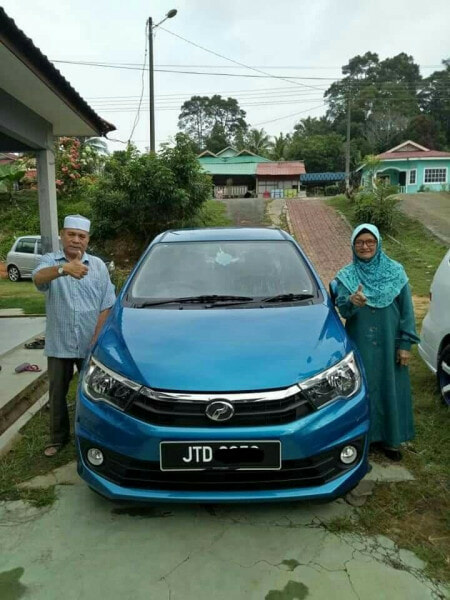 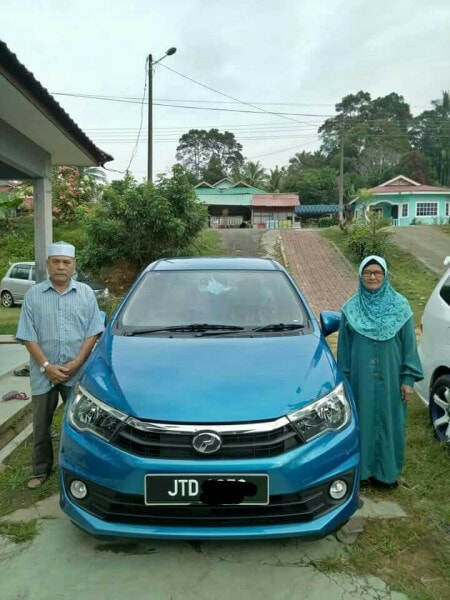 What are the things you wish you could provide for your parents one day? Share with us in the comments below! 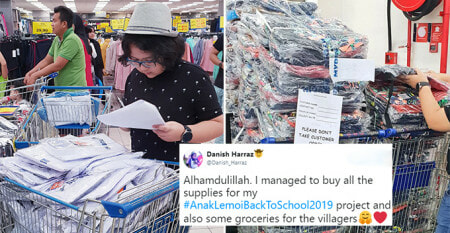