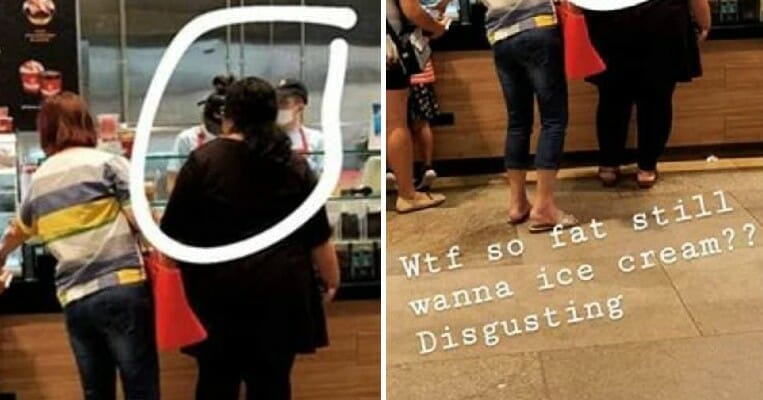 It’s never a good idea to body shame someone just because of how they look and one trainer from Fitness First in Singapore is now suffering backlash from netizens for doing so. The incident happened on November 19, when the man who is known by his Instagram handle as @supershah posted an Insta story about a woman he saw in an eatery waiting to buy ice cream. 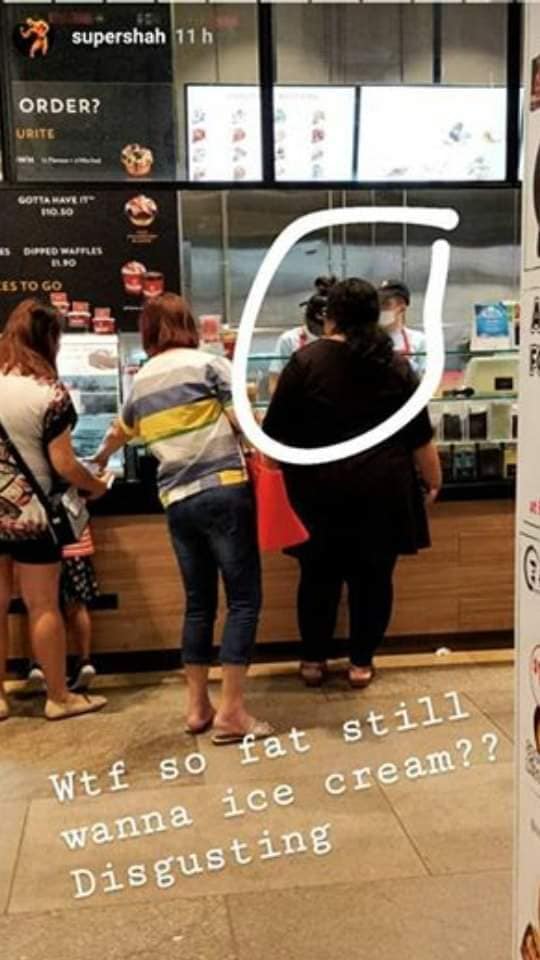 Jufri Danish shared a screenshot of the offending post on Facebook along with the trainer’s Instagram profile which describes him as an Elite Trainer at Fitness First and a bodybuilder. In the Instagram story, the trainer had drawn a circle around the lady and written,

Jufri was enraged by the body shaming done by the trainer and had condemned him by saying, “Bro, please think before you speak! The size of her body has nothing to do with you. She did not ask you to pay for her food, it’s her body and her life. If she wants to eat ice cream it is none of your business so why are you being such a busybody? For your information, she’s still a human being so shut up!” 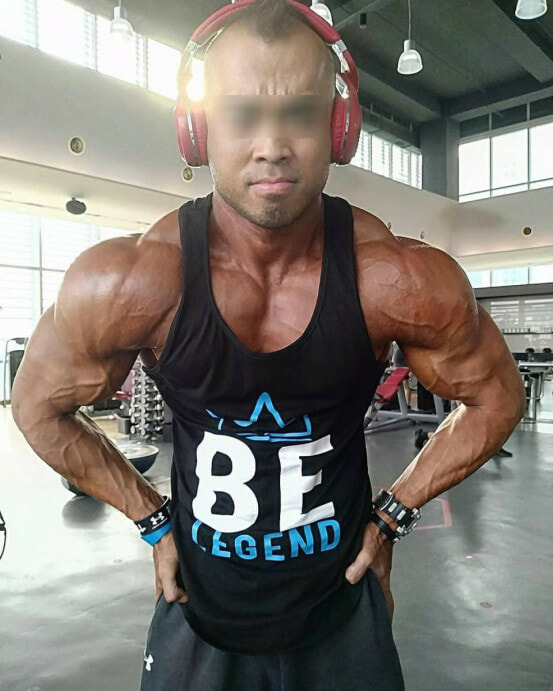 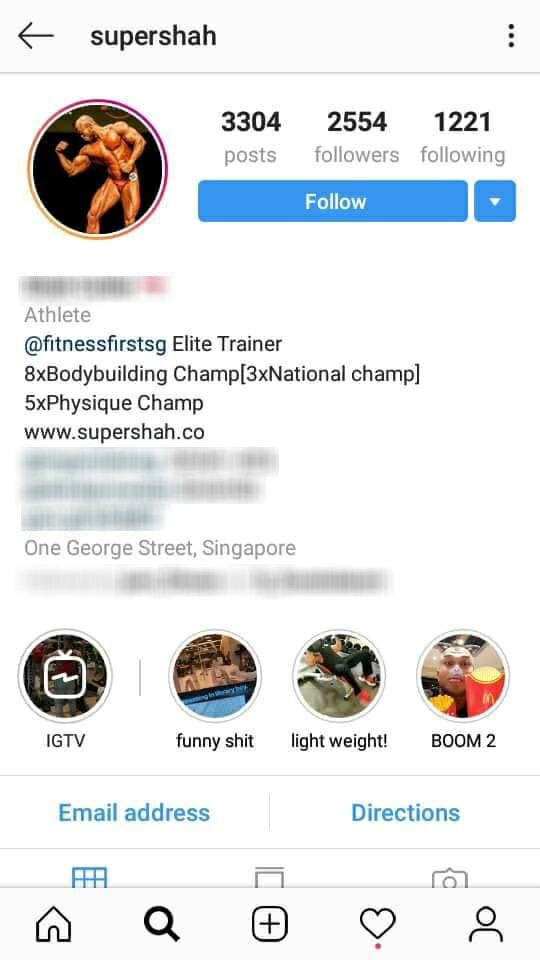 After Jufri exposed the man, netizens were quick to criticise the trainer and said that he was “disgusting” for secretly taking photos of others and shaming them. With this massive amount of backlash, the man posted an apology on his Instagram account shortly after saying that he had been “too rash” and that his “insensitive statement is uncalled for and offensive.”

However, this apology seems to be too little, too late because his employer, Fitness First Singapore wrote in a Facebook post on November 19 that they would investigate this incident. Since then, they have suspended the trainer until further notice. “We view this matter seriously and wish to assure the public that we do not agree with the comment made by our employee nor condone such behaviour. We sincerely regret the incident,” they added. There were netizens who praised Fitness First for their quick action but some of them also said that the suspension was not severe enough and that they should have fired the trainer instead. In response, Fitness First said in another Facebook post, “We urge members of the public to refrain from engaging in any further aggression towards the trainer and his close ones, and instead, join us in cultivating a safe and welcoming environment for positive and healthier conversations, both online and offline.”

The trainer has since deleted his social media accounts and also locked the website that was linked to his Instagram profile since Tuesday (November 20). This incident circulated so wide that even international media outlets have also covered it.

We should all think properly before posting incendiary stuff like this online! 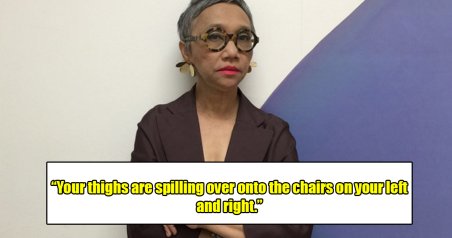