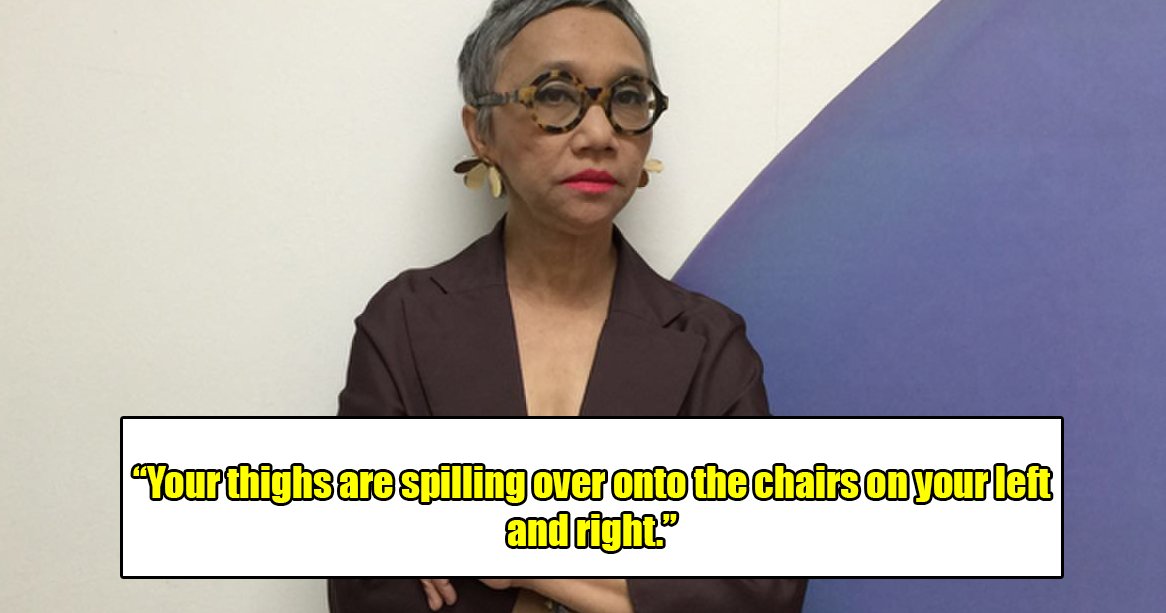 For the millionth time, fat-shaming (or shaming any body type for that matter) is not cool!

Although the fashion industry is already accepting people of different sizes, there are still some who are insensitive towards others, like this ex-Media Prima stylist and fashion critic who openly body-shamed fat people in fashion shows in a recent Facebook post.

According to FMT, Zaihani Mohd Zain recently wrote on her Facebook page that people over 60kg shouldn’t bother coming to fashion shows. Whut?

“If you weigh above 60kg, then you should not come, because your thighs will spill over onto the chairs on your left and right.”

“It’s so awkward and uncomfortable for the persons seated next to you!” she wrote.

Apparently, attending these shows with the presence of plus-sized guests makes her feel uncomfortable and awkward as their limbs would touch hers.

Well, that isn’t a very nice thing to say.

Many said that she shouldn’t be at fashion shows either because she’s too old for it; while one netizen said that she’d rather not sit beside Zaihani even though she weighs less than 60kg. 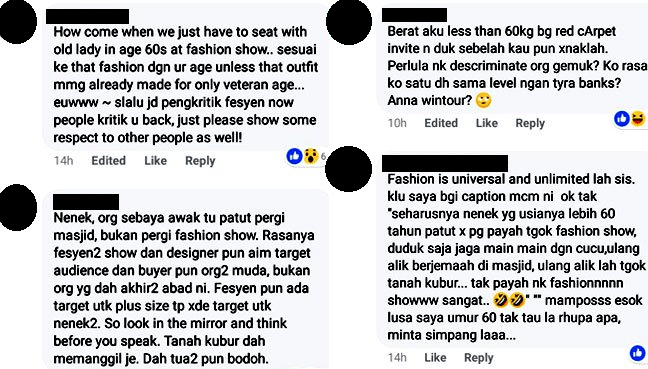 Others advised Zaihani to be more humble and reminded her that her fashion sense isn’t nearly as good as supermodel Tyra Banks or famed fashion journalist of Vogue, Anna Wintour. 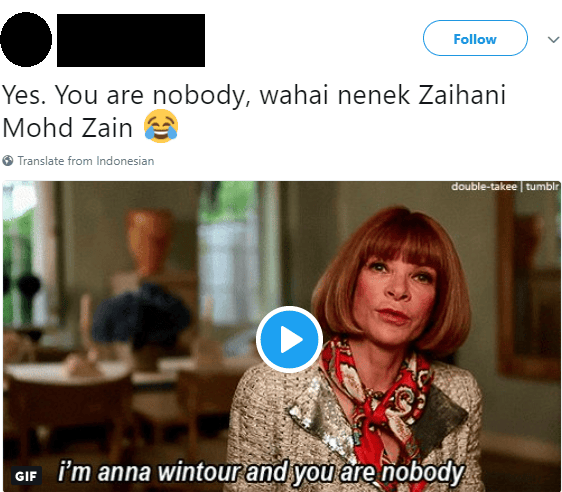 On the other hand, fashion designers Adila Long and Tom Abang Saufi also fired back at Zaihani’s comment with epic responses as you can see below; 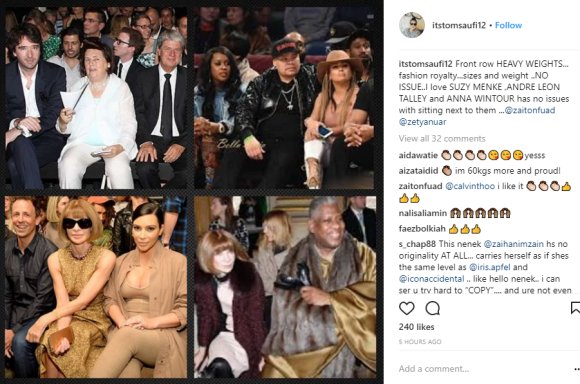 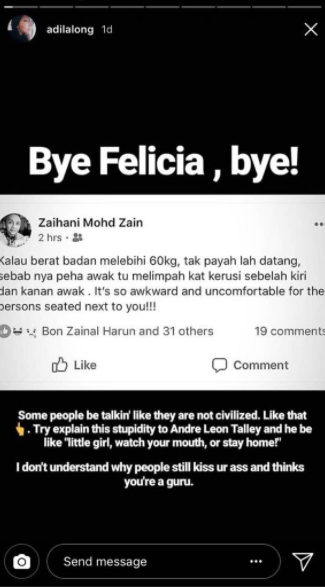 With that said, we should all be careful with what comes out of our social media mouths, especially if you’re a prominent figure in the industry like Zaihani. Plus, just FYI, fat people like fashion too okay!

Let’s all take this as a lesson to stop body-shaming each other. Instead, we should embrace our uniqueness because we’re all beautiful in our own way! 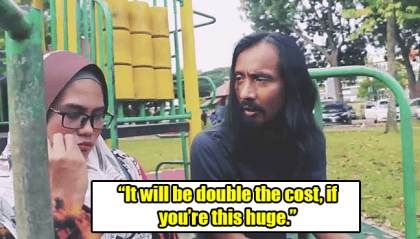