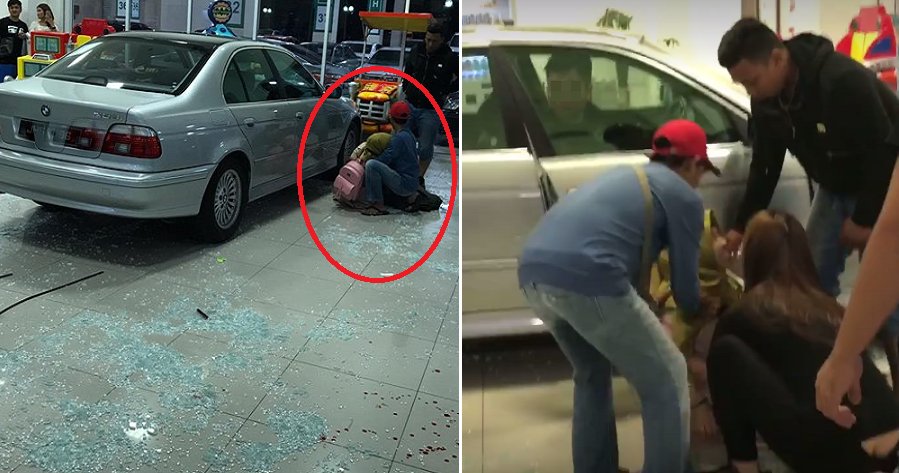 We often see cars in action movies performing stunts such as crashing through walls and doors, but it just isn’t the same when we see it in real life because it doesn’t become an exciting stunt anymore once an accident occurs. In a recent shocking incident, shoppers at Aeon Bukit Indah in Johor were given a nasty surprise when a luxury car rammed into them. 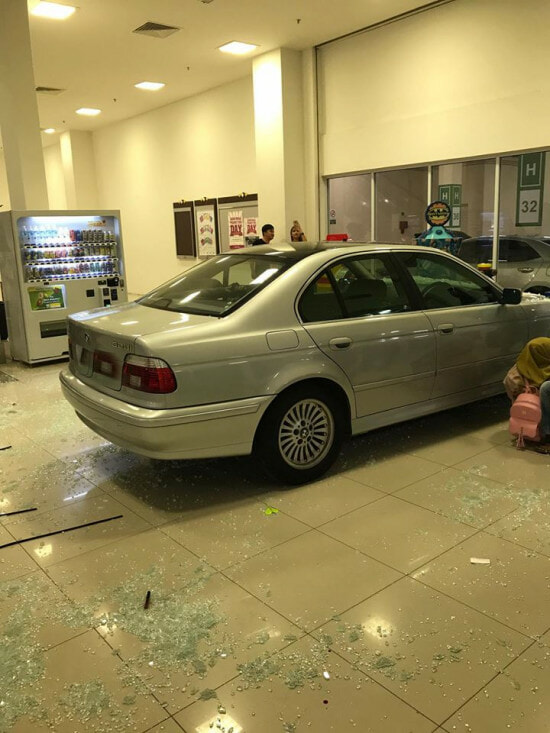 According to a Facebook post, a netizen was right at the scene when he saw the car speed past him. The incident took place at around 12.30am on Friday and there was apparently a crowd who was gathered near the parking lot’s autopay machine after they had finished watching their movie. He said,

“I saw the car lose control right in front of me and headed straight into the queue of people waiting to pay. The car plowed through the glass doors and mowed down a few of the children’s amusement rides before coming to a stop.” 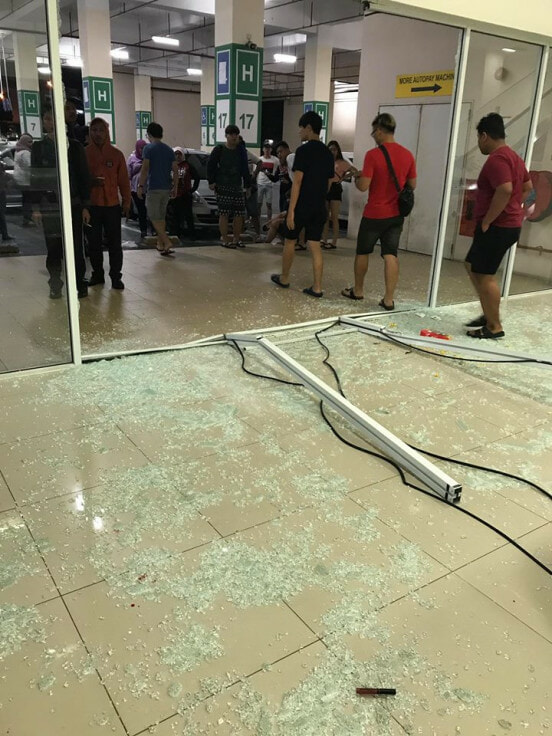 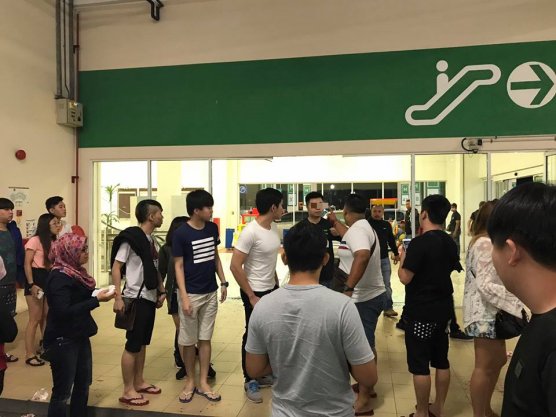 The terrified driver got down from the car and immediately stressed that he was not using his mobile phone but instead, crashed because he had lost control of his car. The driver, who was identified as a 25-year-old salesman according to The Star, also explained that he had tried pulling his handbrake to stop the car but failed to do so.

The netizen also said that there were several people who were injured due to the accident, including a pregnant lady who was lying on the floor and screaming in pain. 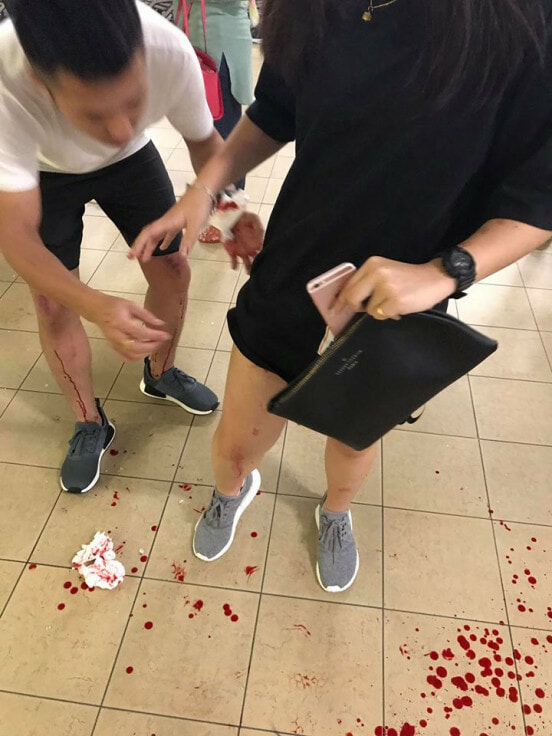 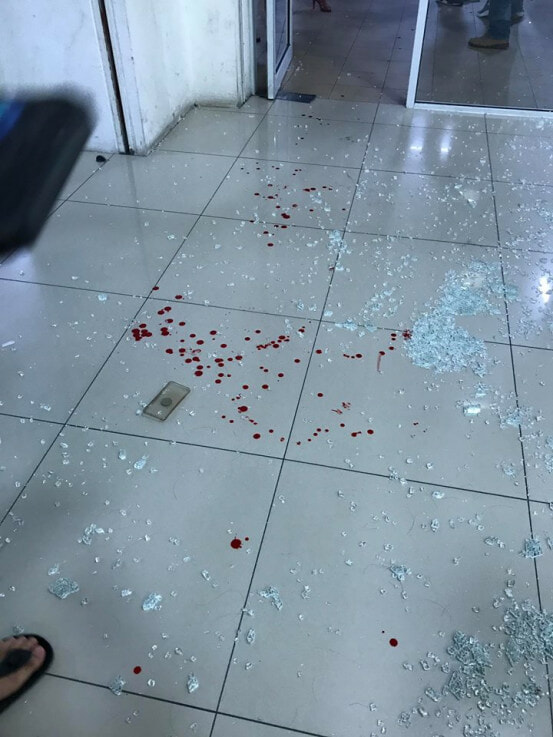 Iskandar Puteri Deputy OCPD Deputy Supt M. Kumarasan clarified that there was a total of five people who were hurt in the incident. “Due to the impact, five people suffered minor injuries and were all sent to the Sultanah Aminah Hospital (HSA) for treatment,” he added.

“The driver, who is from Kulai, was not injured and the case is being investigated under Section 43 of the Road Transport Act 1987 for careless and inconsiderate driving,” he said.

Always be alert at all times, you never know when accidents might happen! 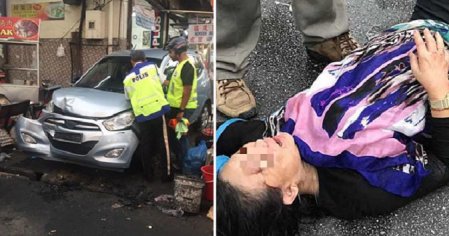