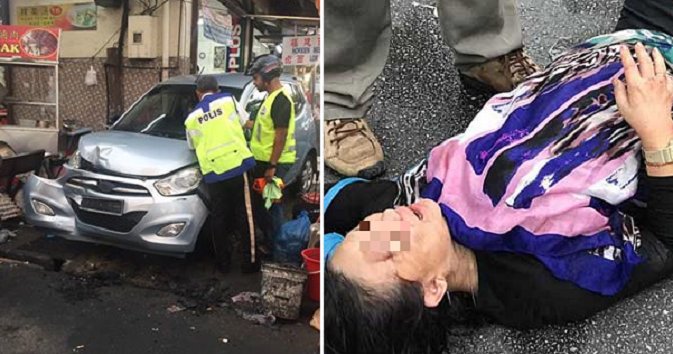 Accidents happen all the time, which is why we should always be alert, but these people who were enjoying their dinner at the roadside hawker centre at New Lane, Penang were in for the shock of their lives.

Apparently, a car crashed into the hawker centre and ploughed through four stalls before coming to a stop at around 6.35pm.

The car, a light blue Hyundai i10 stopped between a chicken wings stall and a fried rice stall but not before injuring a few people during the crash. 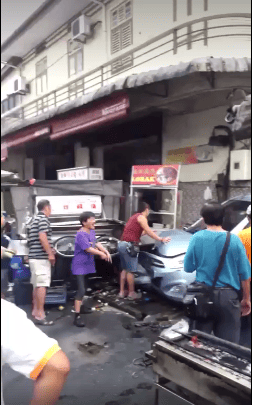 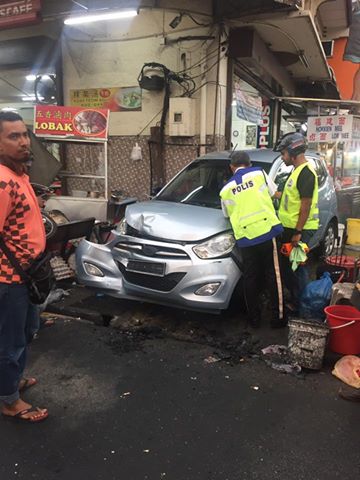 Videos of the accident were widely shared on social media, which included a woman lying on the road suffering from heavy injuries. It is learnt that four people were injured during the crash, and one woman, 59-year-old Wong Kwee Fong from Batu Pahat had sustained serious injuries and had to be rushed to Penang Hospital for treatment. 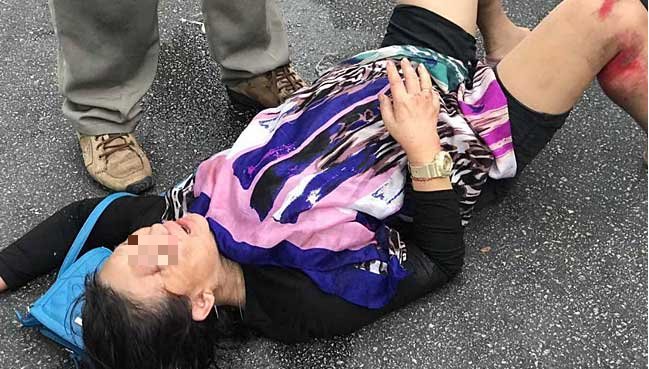 Several witnesses at the scene said that prior to the crash, the woman driver got into an accident with a van at the junction between New Lane and Macalister Road, and in her panic, she stepped on the accelerator and reversed into the stalls. 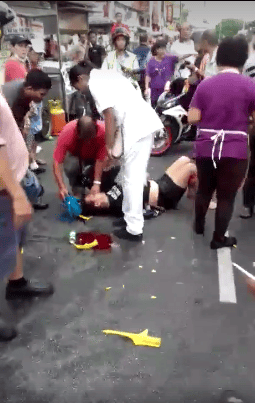 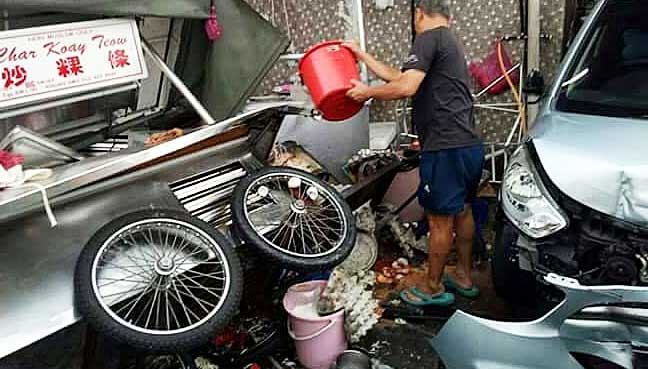 According to FMT, Northeast district police chief ACP Anuar Omar said, “We believe the woman crashed into the stalls in reverse. The woman fled the scene, and we are searching for her.” 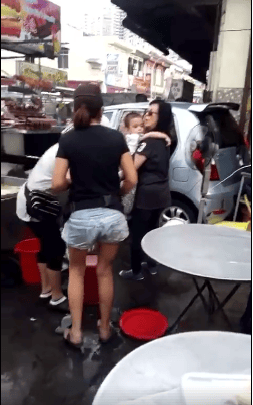 The police have confirmed that the case would be investigated under Section 43 of the Road Transport Act 1987 for careless driving.

Always be careful when driving, people! 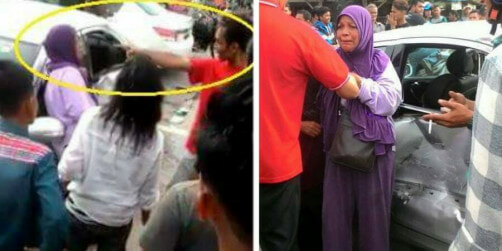