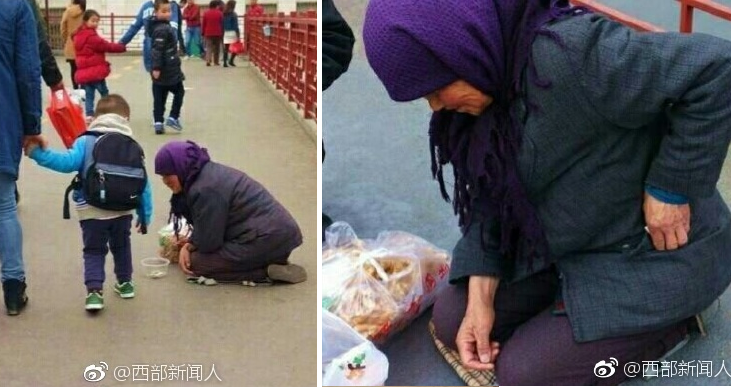 They say beggars can’t be choosers. Welp, this beggar from China totally broke that saying as she decided to be picky with what was given to her!

A 60-year-old woman from Xiao Zhai, Xi’an, was a PROFESSIONAL beggar who is usually found on this particular bridge. 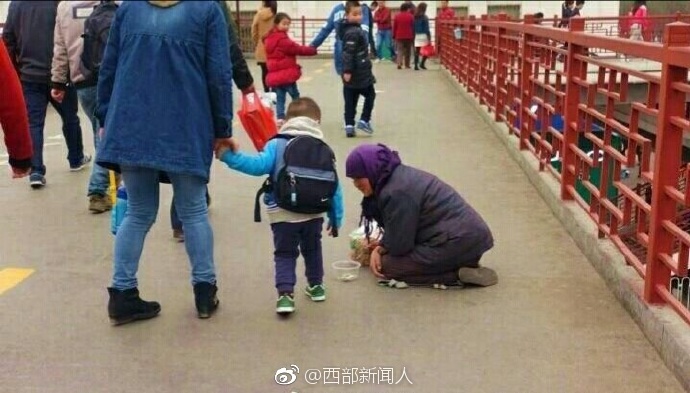 A professional beggar is someone who isn’t extremely poor or needy, they are usually quite well to do but due to laziness, they lower their dignity to get free money.

According to News Sohu, the elderly lady can be seen kneeling on the busy pedestrian bridge with a plastic bowl in front of her. And she does this on a daily basis.

However, this woman was finally caught as being a professional beggar when someone ‘tested’ her out. Someone decided to observe this lady and her actions. 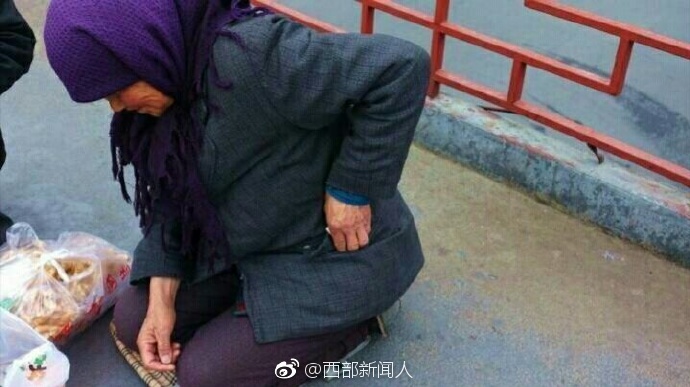 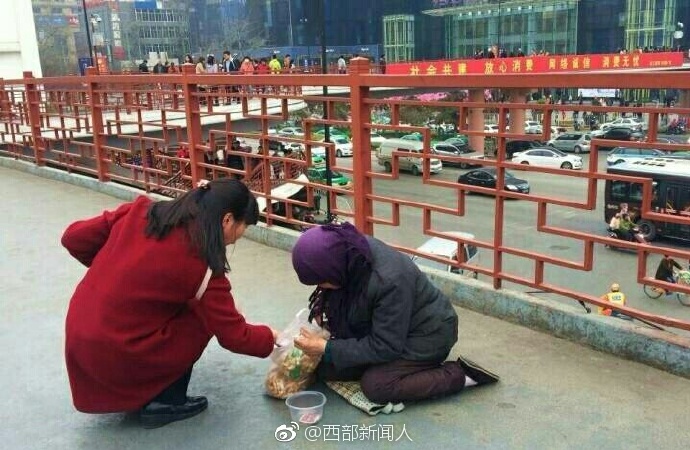 Every time a kind passerby puts money in the bowl, the woman would keep the money in her pocket immediately. It was an act to show she didn’t have any cash at all.

One kind angel even gave the woman some food but she THREW the food away!!!

The charitable woman clad in a red coat gave some snacks to the beggar. However, the beggar had the audacity to just dump the plastic bag of food into a trash can. 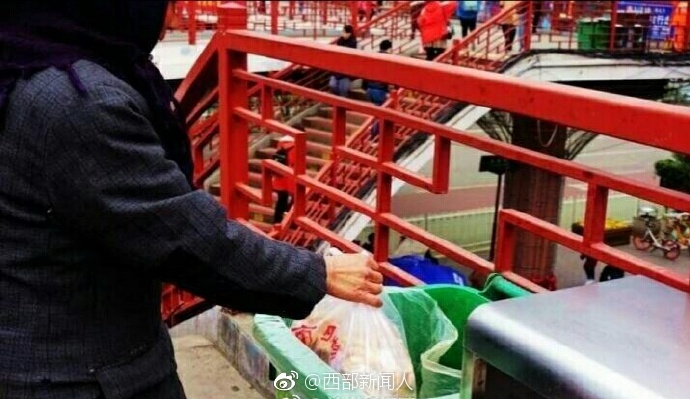 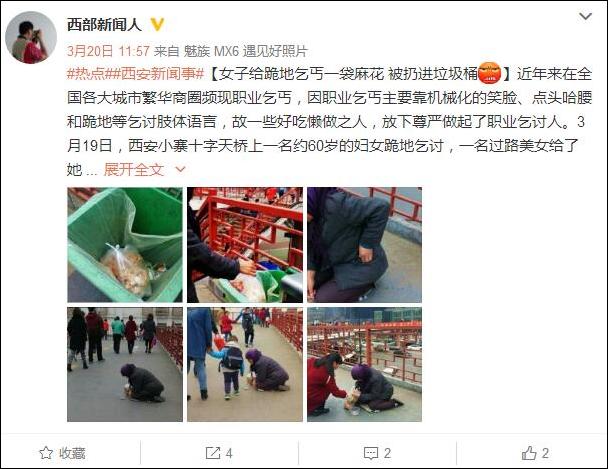 Apparently, she wanted to ‘teach people a lesson’ that she didn’t need free food, she only wanted money.

With such an atrocious behaviour by such a lazy person, it became natural to many people to turn a blind eye to anyone who seemed needy.

This is of course much to the REAL needy people’s demise as they no longer have any source of help.

Also read: Scumbag German Begs For Money in the Morning, But Wait Till You See Him At Night