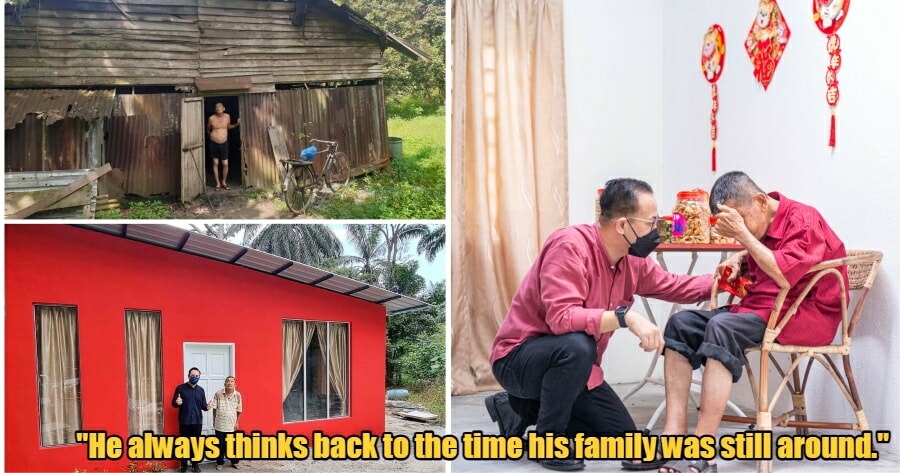 Last year, an elderly disabled uncle living in a rotten hut received news of a lifetime.

Bukit Mertajam MP, Steven Sim Chee Keong, had found out that the man was living in a house which is at a constant brink of collapse, with no electricity, water or a bathroom. So, he decided to build him a house within 9 days, and he did.

Sim has since shared an update on the elderly man, as he celebrates this Chinese New Year in his new home. 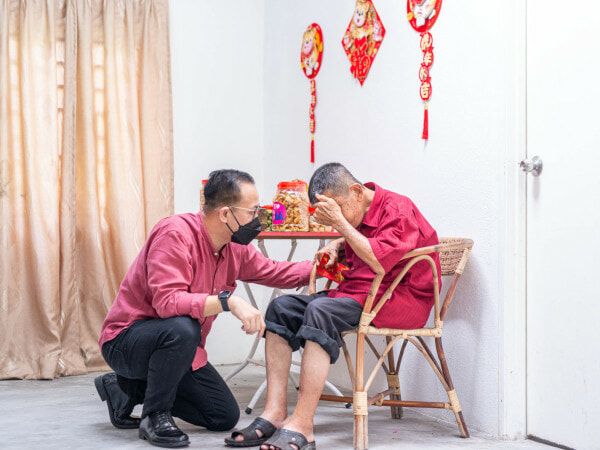 He wrote, “For more than 50 years, Uncle Ah Hock has lived in an old shed, with no electricity, no running water, there wasn’t even a toilet. Last year, I rebuilt a new home for Uncle Ah Hock in the span of 9 days. So this CNY, uncle has a new home.”

“However, he always thinks back to the time his family was still around.”

Despite the new home, Uncle Ah Hock felt saddened that he no longer had family. Sim explained that for the uncle, Chinese New Year might not have been fancy for him back then, but at least he had his loved ones around him.

So, Sim tried to do something to cheer him up! 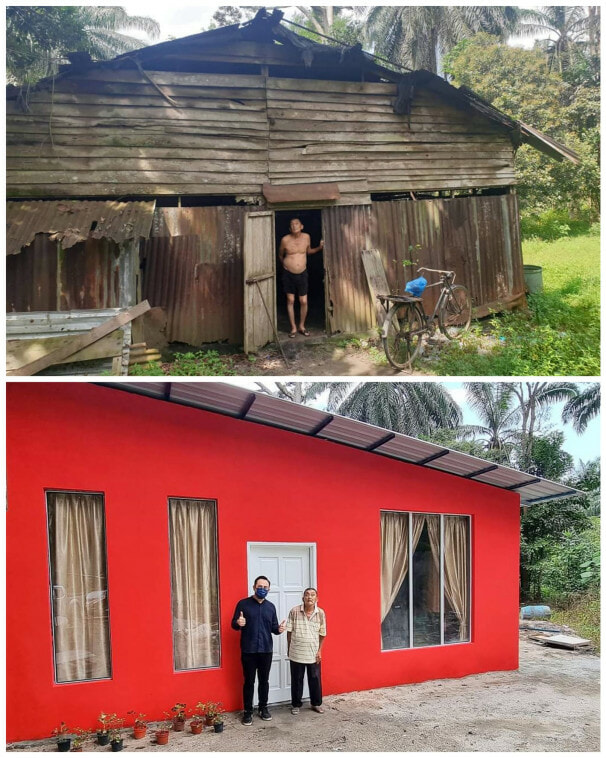 “This Chinese New Year, I have uncle a surprise. I decorated his house nicely, brought along New Year cookies and bought him a new red shirt, to give him some ‘Ong’ this year of the tiger,”

“When I handed him an ang pow, Uncle Ah Hock’s tears started to flow,” he added.

“It’s been a while since I celebrated Chinese New Year, I didn’t expect my old self to be getting an ang pow,” the Uncle had said.

While he knows he can never replace the uncle’s family, Sim expressed his happiness in being able to rally the uncle’s spirits.

“I consider everyone in Bukit Mertajam my big family. I will always strive to take care of my family. For the sake of time, do cherish what is in front of you.”

We’re so happy that the uncle didn’t have to spend his Chinese New Year alone, and that he is safely under his new roof. 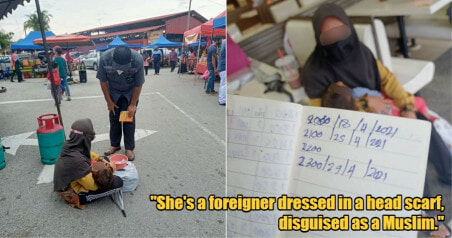