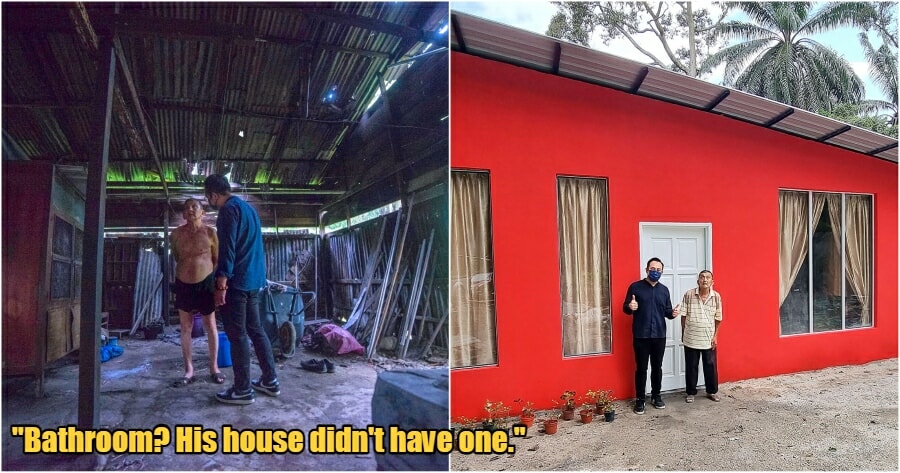 While there are many out there who are homeless, there are also others with a roof over their heads, though the roof may not be doing them any good.

An elderly, disabled uncle has been living in a run down shed-like structure, with no running water, electricity or even a bathroom.

MP for Bukit Mertajam, Steven Sim Chee Keong took to his Facebook page to highlight the uncle’s struggles before showcasing the new house he managed to build for the elderly man within nine days. 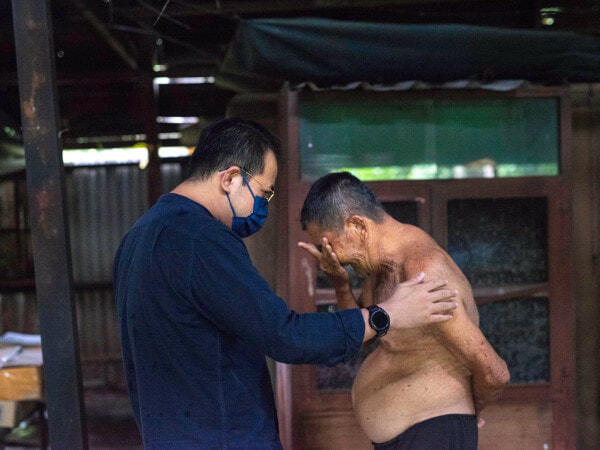 He wrote, “We may feel depressed that we’re caged up in our houses because of the MCO. But, imagine if the house you’re living in worn down, the wood is rotting, the ground is constantly wet, the zinc roof has holes and can collapse at any time. What’s even sadder, is that the house doesn’t have electricity or water.” 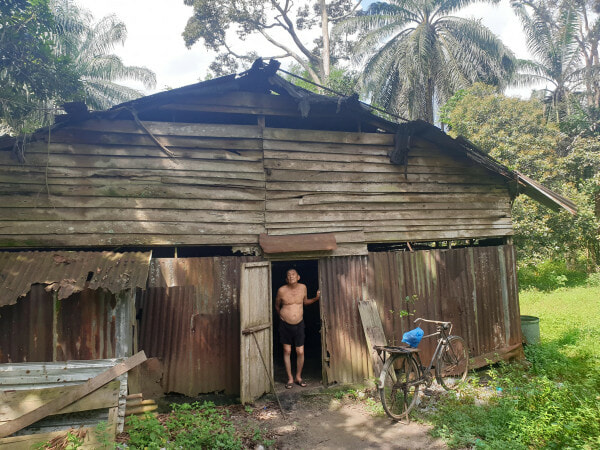 “This uncle is 75-years-old, and one of his eyes is already blind. His days are half-dimmed and his nights are illuminated with moonlight and oil lamps. Rain is collected for water, which is how he washes and cleans. Bathroom? His house doesn’t have one. He has to do his business in the shrubbery behind the house,”

“He is unable to work anymore. His Malay neighbours keep this uncle fed (I apologise for including race but I’m touched that Malaysians help others without considering race or religion). But, no one should live like this, especially an elderly, disabled person,” he added. 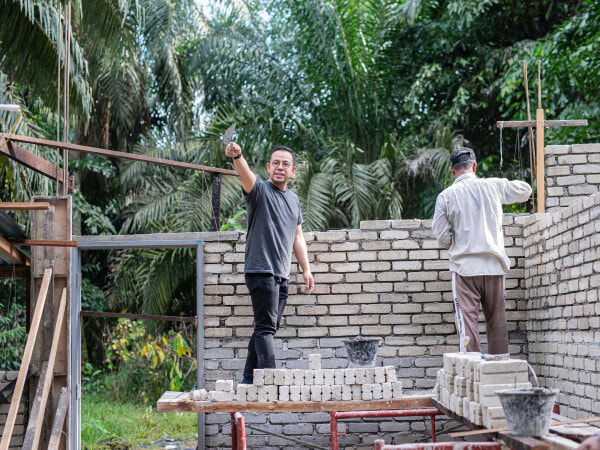 Hence, upon his visit with the uncle, he got permission to rebuild the house for him.

“I was determined to complete the construction in a short time. With the rainy season and the pandemic, I was not willing to let the uncle stay in the worn down house for another day. The cost for construction, I footed with my own finances.”

Things went well and he managed to have the house built in nine days. 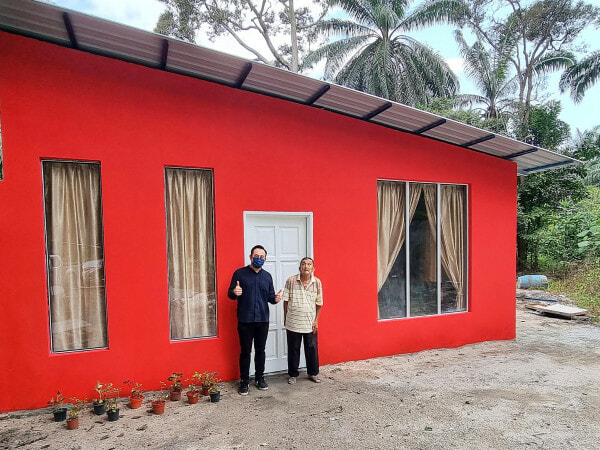 “In the new house, I helped fix electricity and water taps. After that, the uncle will never have to live in the dark and collect rain water again, he won’t have to do his business in the shrubbery behind the house ever again. His new house has a modern bathroom,” he explained.

He also explained that 13 May is his birthday, and that he had completely used up his monthly salary on rebuilding the uncle’s house.

“Honestly speaking, my funds have depleted. My monthly salary was used to rebuild the house and to do area work. My wife said, it’s okay, every year on my birthday, I’d receive gifts. This year, it is our turn to give gifts. Uncle Ah Hock’s new home is the best birthday gift for me this year,”

“P.s. I rarely ask for contribution of funding directly, but, many friends have shared their intentions to join in and help others. For those who would like to join us, you can donate to the following account.”

For those who are interested in donating funding to Steven’s cause, you can do so here:

Thanks to Steven, the poor uncle will never have to struggle through aspects of daily routine such as washing and cleaning one’s self and going to the toilet ever again.