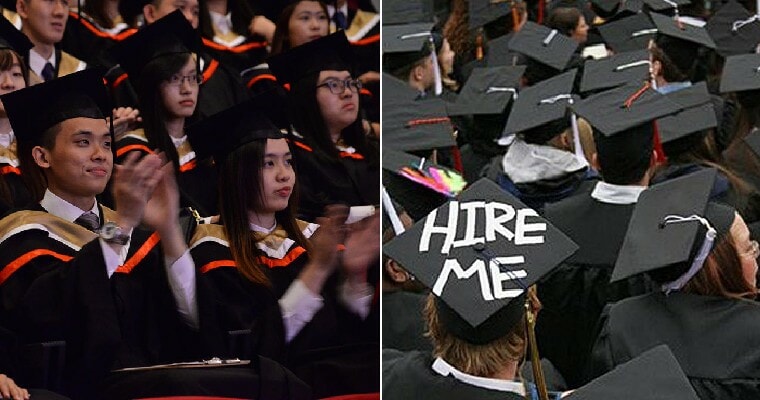 Uh-oh, this looks like more bad news for degree holders! Bank Negara Malaysia recently published its Annual Report 2018 and they stated that fresh graduates with a diploma or degree are currently earning less than what similar graduates earned in 2010. 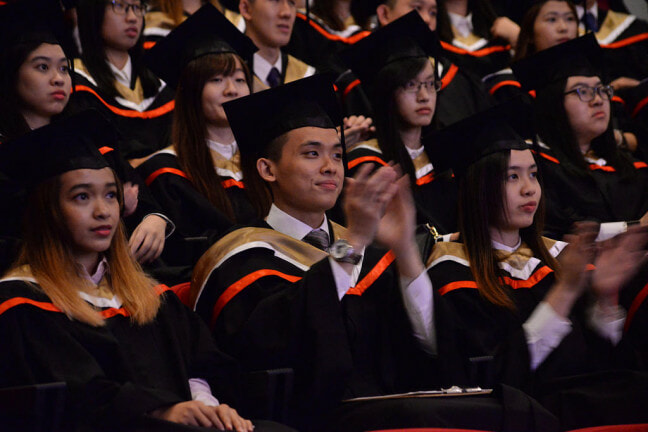 In the report, after the amounts were adjusted for inflation, it was revealed that graduates with a basic degree earned a starting salary of RM1,993 in 2010 but in 2018, the starting pay dropped by RM10 to RM1,983. For those who have a Master’s degree, they have it even worse because the minimum salary in 2010 was RM2,923 but it declined to RM2,707 in 2018, The Star reported.

However, the report states that lower-skilled workers are actually earning more over the years with the real starting salaries of PMR and SPM employees increasing by 4.6% and 2.3% respectively. This is worrying as the cost of getting a tertiary qualification is rising but starting salaries cannot keep pace. 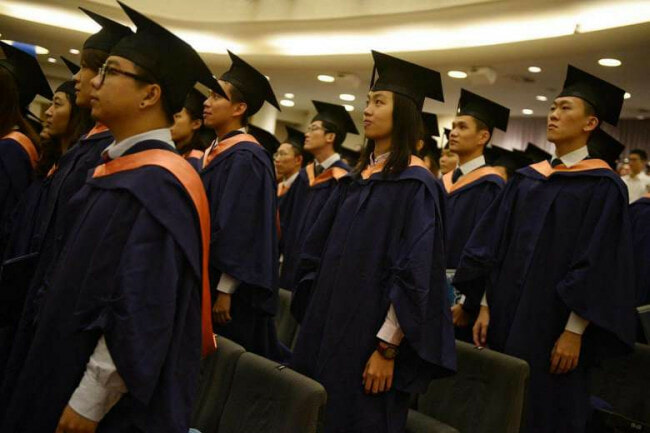 Yet, the demand for high-skilled jobs are decreasing as every year from 2010 to 2017, an average of 173,457 fresh grads enter the job market but only 98,514 people get employed in high-skilled jobs, which forces the rest to settle for low-skilled jobs.

“This suggests that the economy has not created sufficient high-skilled jobs to absorb the number of graduates entering the labour force. In addition, a study by Khazanah Research Institute also found that 95% of young workers in unskilled jobs and 50% of those in low-skilled manual jobs are over-qualified for these occupations,” said Bank Negara in its report. 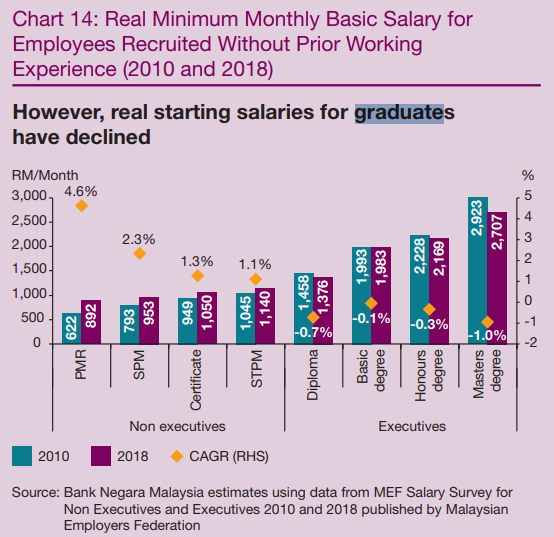 Meanwhile, salaries are expected to increase by around 6% this year in Malaysia but the growth rate is still below the long-term trend. Bank Negara also said that the labour market is changing due to factors such as the growing sharing economy, advent of technology and increasing demand for flexible working arrangements while the rate of self-employment has risen from 10.9% in 2010 to 15.4% in 2017.

Economics professor Datuk Dr Amir Hussin Baharuddin explained that graduates are forced to settle for lower-wage jobs or unskilled jobs which could explain why the starting salaries of degree holders are declining. “Some of the degree holders have to go for lower-paying jobs, or else not have one. We have not created enough jobs for graduates to be choosy,” he said. Sounds about right! 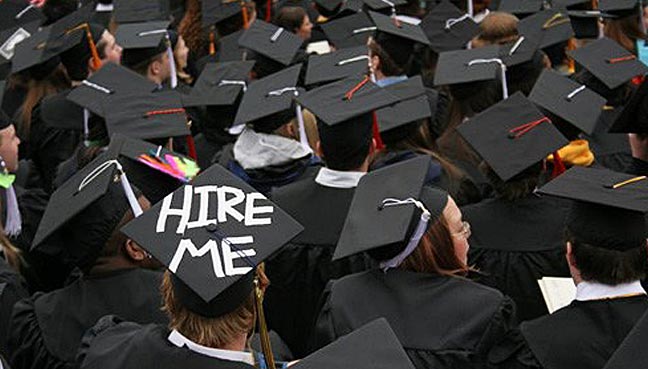 It seems that fresh grads are also finding it hard to get a job, with some of them saying that it takes them sending more than 100 applications before they get an interview, The Star stated. A few fresh grads said that they sent over 100 applications to different companies and less than five of them asked them to come for an interview. They got so desperate that they started applying for non-related jobs as well.

This doesn’t sound good for fresh grads! Hopefully, something can be done to fix the job market!

Also read: Tun M is Urging Employers to Pay Their Staff Better If They Are Making More Profits 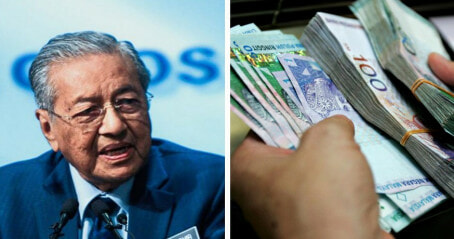