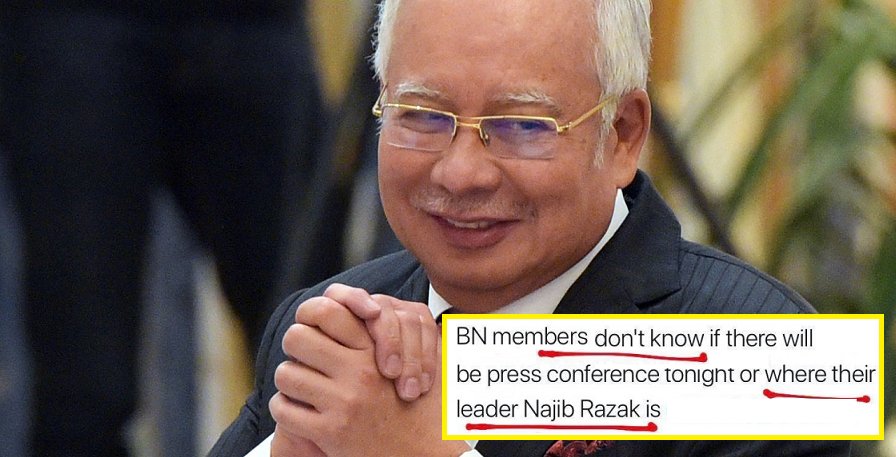 Malaysian history has been made! After 60 years of Barisan Nasional as the ruling power of Malaysia, change has finally taken place as Pakatan Harapan, led by Tun Dr Mahathir, has won the simple majority in the wee hours of the morning, according to Malaysia Kini.

EC chairman Tan Sri Mohd Hashim Abdullah has announced the final result of GE14 that were recorded at 4:40am with Pakatan Harapan sweeping most of the parliamentary seats.

While relieved and ecstatic Malaysians wait patiently for Dr M to be officially sworn in as Prime Minister, many are wondering where BN’s leader, Najib Tun Razak is. His social media account, particularly Facebook and Twitter is usually brimming with updates, especially throughout GE14. However, there has been no sign of him nor updates on any of his social media platforms, and certainly many are curious as to where he is or what he is doing at this point of time.

He even failed to show up at a press conference that was to be held at Umno headquarters yesterday regarding the election results.

A reporter from CNA tweets, 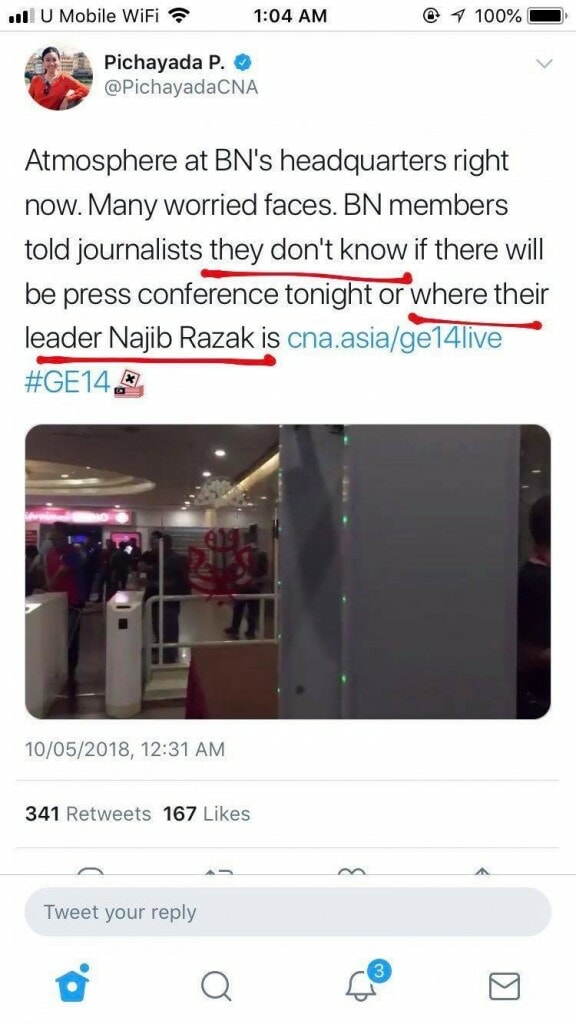 His last Facebook post was about 20 hours ago at 2:20pm yesterday (May 9), where he posted photos of himself casting his vote and interacting with people. 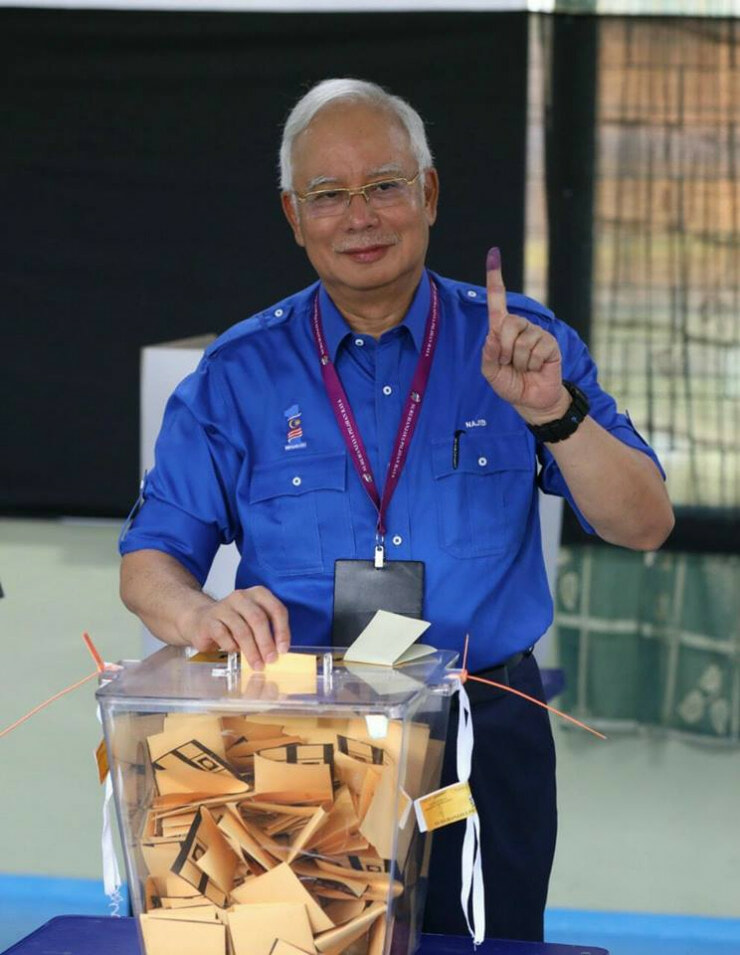 But since then, he has been silent!

Some Malaysians have shared one of his posts from GE13 in 2013 where he quotes, “This election was true, fair and transparent. I hope the opposition accepts the result with an open heart.”

This election was true, fair and transparent. I hope the opposition accepts the result with an open heart.

I’m sure the opposition have accepted the results with more than an open heart!

Najib is also a frequent Twitter user, tweeting at least every few hours as elections were taking place yesterday. But he stopped tweeting after sharing his last tweet 16 hours ago at 5:00pm when elections closed. He thanked Malaysians including voters, security and SPR officers for fulfilling their responsibility and for ensuring the safety of the process.

While polling agents were at work counting the votes, some netizens had noticed that Najib was missing in action and hilariously tweeted out to him to say something.

And there were some who jokingly commented not to disturb Najib while he ‘packs up’ as the votes were in favour of Pakatan Harapan.

Malaysians really do have a sense of humour!

Now as we wait for the official press conference to take place, we also await Najib’s return to social media.

What do you think he will say? Or if he would even return at all? 😛

Also read: 10 and 11 May Officially Declared as Public Holiday 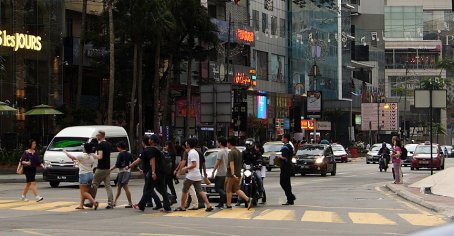