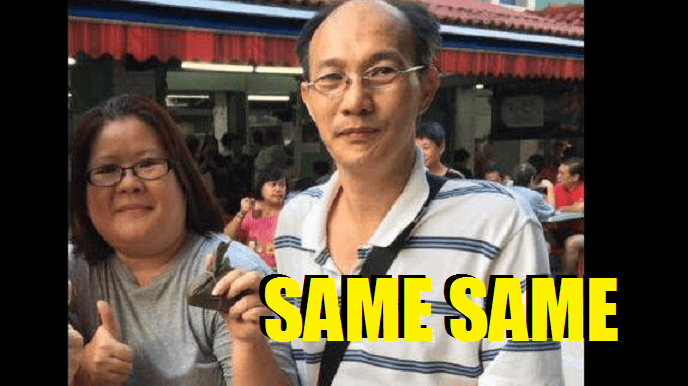 The saga of the Angry Food Court Woman continues.

Mrs Feng or more known as ‘Food Court Woman/Screaming Food Court Lady’ is now infamous among Singaporean citizens. The lady was caught in a video exploding at a deaf and mute elderly worker without any compassion to the man and his supervisor eventhough she was offered compensation for her meal as a token of apology.

“Eh! My food leh!” exclaimed the lady who went berserk after the worker mistakenly took away her food. If you missed the video, watch it here.

Singaporean netizens have started to pour out their personal stories against the now-infamous woman and her husband.

Apparently the woman wasn’t the only one that’s psycho.

More than 10 years ago, police reports were lodged against the husband of this infamous woman claiming the husband-and-wife duo to be perpetual cheaters/con men.

The husband, then known as Steven Chong, advertised himself in ST Classified Ads as a swim coach for kids. An unnamed parent responded to the ad, and called him up. The call was answered by the wife, and they discussed the terms and conditions for the swimming lessons. Finding the fees reasonable, the parent engaged ‘Steven Chong’ as their swim coach. 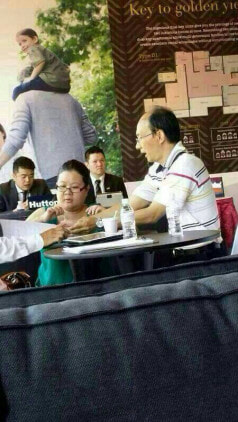 The couple in question

Over time, the parent came to know of other parents who likewise hired the coach. Weirdly enough, none of them had seen his coaching license.

Each request to see ‘Steven Chong”s license was met with a lot of excuses until the wife showed them an expired license. She claimed they had already renewed their license but was waiting to receive it from Singapore Sports Council.

Then, one day the group of parents received an SMS from this woman – apparently Steven had a bad fall and was in a coma at the hospital, therefore all lessons were on hold. The SMS came right after the wife and husband collected next month’s coaching fee.

When the parents tried to visit ‘Steven Chong’ in hospital, she gave many excuses to stall them from coming. This was when the parents sensed something amiss. 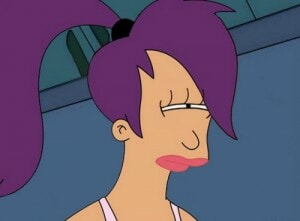 The parents came together and requested for a refund of their deposits, thinking if Chong was indeed in a coma, it would be a long time till he could coach. This was when the wife and Chong switched off their phones and went MIA. The group of parents checked with Singapore Sports Council for a ‘Steven Chong’ and found – you guessed it – no such name was registered under their list of coaches.

Subsequently a police report was lodged. By their estimates, the total fees due came up to a couple of thousand dollars. But it was just enough to get the small claim court to issue him a court warrant.

Perplexed, the parents wondered why the duo went MIA and ran away with so little, and having to put their name on the time. Turns out, the dynamic duo had figured out a loophole: they knew that with such a small amount of money, nothing much could be done letting them get away with it each time.

The Angry Food Court Woman gets in on the action as well. 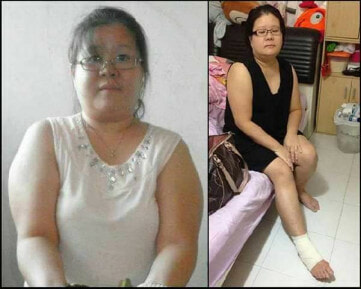 According to a friend of the same parent, the woman’s modus operandi was posing as a tutor who had previously taught at Nan Hua Primary School. She would tell parents she had access to the school’s teaching resources, and would sell exam papers. Only that parents would later receive a fraction of the promised exam papers, and a disappearing act from the woman herself.

Besides these, the couple is known to pose as interested buyers to bait housing agents to show them property units and sometimes even buy them meals! They’d issue a cheque for the deposit, but of course, the cheque could never get through.

Netizens who found out about it were outraged, exclaiming the couple who can’t afford houses wants to pretend to be able to. Really acting macam yes! 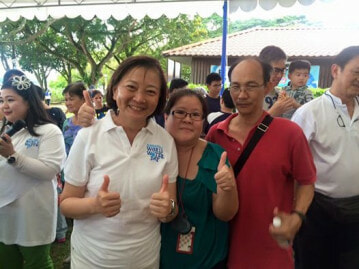 “Yours truly – your local friendly swindler”

The ordeal of her berating an elderly food court cleaner WHO’S ALSO DEAF AND MUTE (no, seriously, who the hell does that??) has cause the worker to consider quitting the job. Sigh. Read about it here. 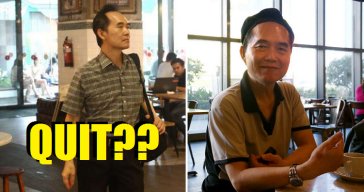