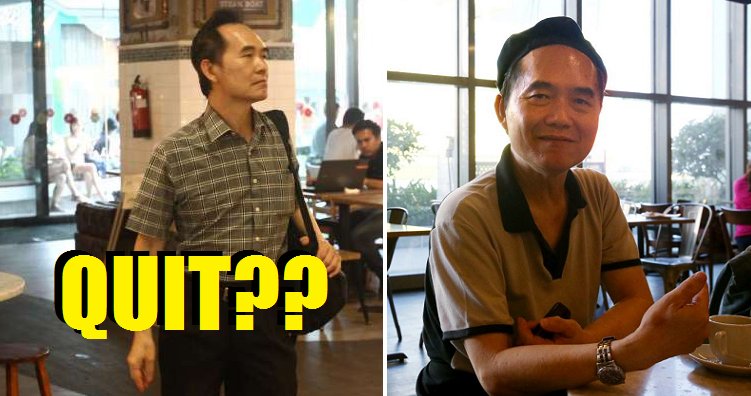 The deaf and mute cleaner who was victim of an angry tirade at the JEM foodcourt has announced that he’s planning to quit his job at the end of this month.

Mr Png Lye Heng, 64, has unfortunately indicated to the Straits Times on 6 June his intention to leave in light of the incident.

Mr Png used gestures of ‘yes’ or ‘no’ to questions posed to him written in Chinese on a slip of paper. When reporters asked if he wanted to leave his job, Mr Png indicated a ‘yes’.

Though he had been “slightly hurt” by Ms Fong’s words, he said he had forgiven her. He added that he had enjoyed working at the food court and did not find the work difficult. 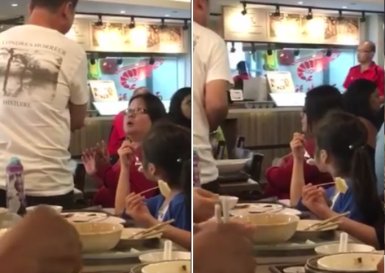 The video that shot the lady to infamy captured her unapologetically shouting, “If he’s (the cleaner) deaf, ask him don’t work, go home and sleep. Just ask the Government to feed him, go and be a beggar! I don’t care, he took my food!”

Steven, the manager Mr Png works under, told The Straits Times that Mr Png had not been informed by Mr Png of his intention to leave, and had only heard about it from a colleague. Steven went on to add that he had been working at the foodcourt for about a year, and that recently patrons had started to recognise him.

“Besides the reporters, even strangers have been pointing at him. It’s not easy to have the public talking about you,” Steven said.

Aww, look at him! How can any one be so cruel to a hardworking elderly AND disabled man??

The manager had described Mr Png as patient with customers, “Even after the incident, he still reports (to work) on time”.

He added that previously he had suggested to Mr Png about wearing a badge indicating his disability, but Mr Png refused such idea.

Meanwhile, in a tit for tat, Ms Fong has come forward with threats to file police reports against those who talked bad about her on social media. 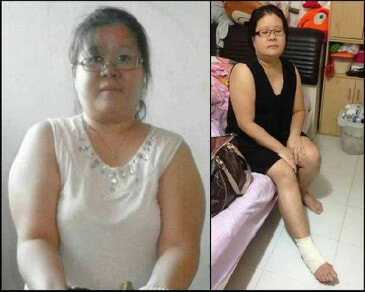 “For the threats made against me and the harassment by online netizens, I will consider making a police report just in case. I do not care how people look at me, Singapore is a place with laws to protect me from danger.” 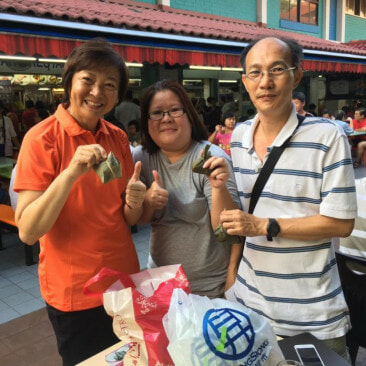 The dumplings in question

While it remains to be seen if her community work extends to her behaviour in society, there is no doubt some good drama is unfurling. Even ‘friends’ have come out claiming she has a “reputation” at work.

Apparently the lady would pretend to be an interested buyer and have estate agents bring her around and treat her to food. Then she’d pass them her cheque which will all be bounced. #DramaAlert