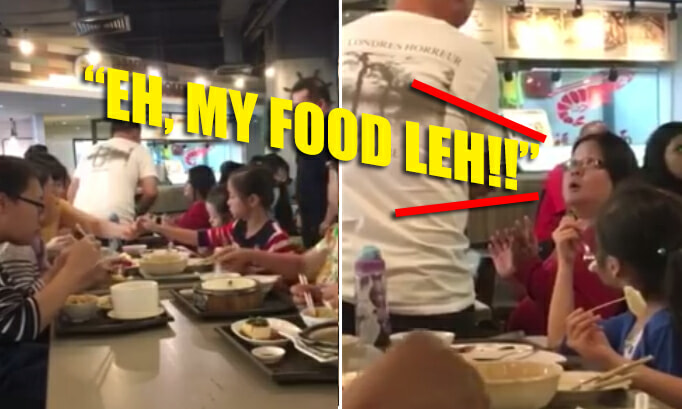 Owning a business nowadays is hard. People are often demanding for their ‘rights’ even though it may not be very ‘right’ at all. As the saying goes, ‘the customers are always right’ ma.

A recent video posted by Euphemia Lee on Facebook captured a lady who was yelling at a food court. Apparently a cleaner misunderstood the lady and cleared her tray away before she was done with her food.

The manager stepped in to try to resolve the matter but she would not back down and demanded an apology from the elderly worker who was said to be both deaf and mute.

“I don’t want to understand!! My food leh!” she can be heard shouting in the video. 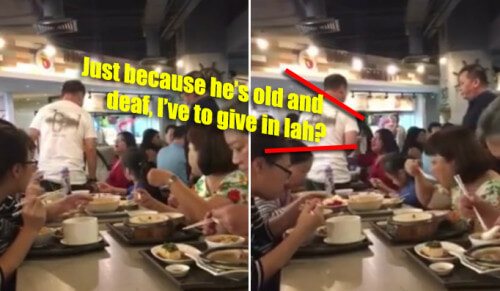 Never mess with a hangry lady’s food yo.

The 2 and a half minute video garnered over 455,000 views and was shared about 14,300 times since it’s first posted 15 hours ago. Netizens were shocked and appalled at how spiteful the lady was.

One even commented, “shame shame shame…….so embarrassing….she is behaving like a SPOILT BRAT……. even children do not behave this way.” 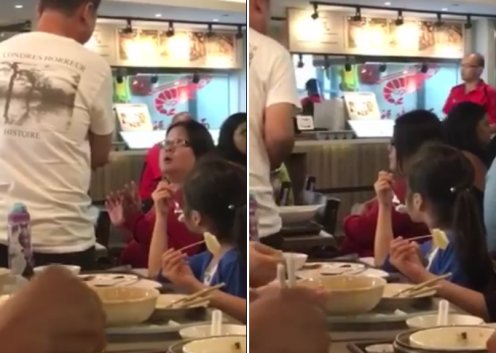 In the original poster’s caption, she wrote,

“Does anyone who work in the Jurong area know this troll?

At lunch today at JEM, I had the gross misfortune of crossing paths with this disgusting, vile swine posing as a human being.

The cleaner misunderstood her grunting when he asked if he could clear her tray for affirmation. She abruptly exploded into cursing and violent upper body actions. She then told him that he should go and die and should not be given a coffin. She then continued eating until her husband returned, after which she insisted her husband drag the old man back to their table to APOLOGISE to her.

It was then that the manager of the cleaning company stepped in to explain that said old man was BOTH DEAF AND MUTE. In the video is what ensued… In a nutshell, she said that old and disabled people should not be given employment nor forgiven for their mistakes. And that they should just be beggars and wait for the government to feed them.

I cannot understand how such an evil being can exist. She should start looking out for the Karma bus whenever she crosses the road.”

Note: We hope readers understand and won’t condemn a person based on their nationality but instead as the own individual.