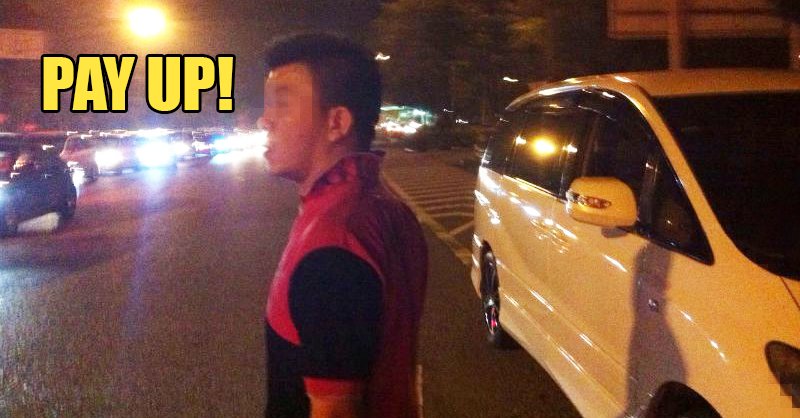 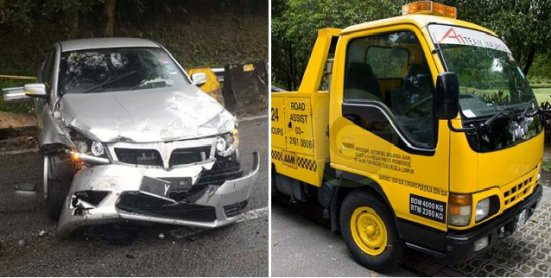 The most infamous one in Malaysia and surprisingly rampant as well! Scammers would cover one part of the road with oil, causing drivers to lose control of their car, ultimately skidding and crashing it. Within minutes, these tow trucks would appear and offer to tow your car for a price, many a time hitting the RM3,000 to RM5,000 range.

The absurdity of these scammers purposely causing accidents and putting drivers’ lives in danger is beyond comprehension. You can read some of the experiences Malaysians have encountered here and here. 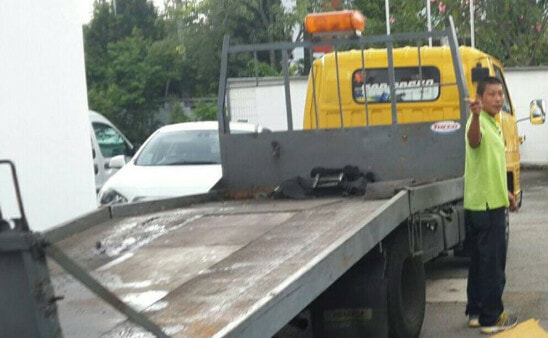 This other tow truck scam is when tow trucks appear after an accident and offers to tow your car away. If you refuse, they’d stress you into taking up their service, saying how you’re obstructing the road etc., so you would finally agree under pressure. However, instead of towing it to the police office or the workshop of your choice, they’ll secretly tow it back to their own workshop! They will then extort money from you, otherwise they will not ‘release’ your car.

A Malaysian netizen shared his experience about this scam where he and his father was cheated out of RM2,050. You can read the story here.

What you should do in this situation: Deny their service and only use the tow truck your insurance company has provided no matter how pressured you are into taking it. Record the tow truck’s number plate, then lodge a police report. 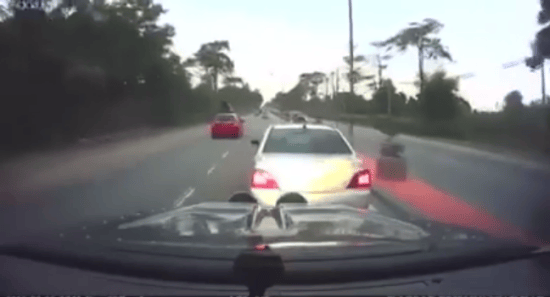 This one happens when a car or motorbike in front of you would suddenly slam on their brakes, causing you to hit their bumper. Hit from the back, sure you yang salah right?

Occasionally, the scammers would even taunt you by speeding up and then hitting their brakes multiple times, until they actually get hit.

What you should do in this situation: Slow down and keep a distance between their car and yours. Drive to the closest police station or try to lose them after getting onto a busy road. Do NOT speed up and desperately try to shake them off your tail because that may only be more dangerous.

Scammer’s car will suddenly ‘appear’ behind you while you’re reversing, making it seem like you reversed into it. When inspecting the damage, your car would barely have any dents while the scammer’s car will appear to be in very bad condition. 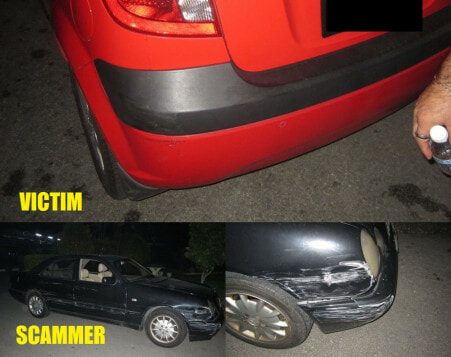 The scammers will then ask you to follow them to the balai polis, which they allegedly have connections with as they claim to be part of a gang. There, the victim said he kena a RM300 summon although he had proof that he didn’t reverse into them. You can read the full account here.

Other victims with similar experiences mention that they were directly extorted for ‘damage repair’.

What you should do in this situation: Go to the nearest police station and not the one they insisted. 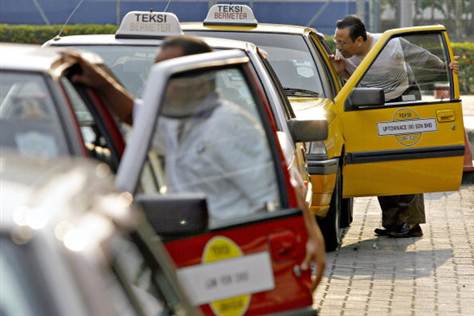 You’d think that the expensive-no-meter-taxi-fares are dwindling down since the existence of Grab and Uber, or that it only happens to tourists who don’t know any better. NOPE! Even after the tons of complaints about how Grab and Uber are ‘stealing’ their customers, there are surprisingly taxi drivers who still refuse to go by the meter. One recent encounter was me being told that it’ll cost RM50 for a ride back home. If you asked them for meter, they’d tell you “tak ada meter lah miss”. In the end, I took a Grab home, it was only RM7.

What you should do in this situation: Use a friggin’ Grab or Uber. 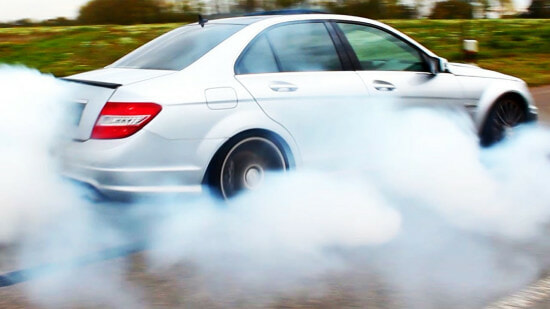 A motorcyclist would drive beside your car and point out that your wheel is emitting smoke, alarming you to immediately pull to the side of the road. This motorcyclist then ‘helps’ call a ‘mechanic’ to get your wheel checked. The ‘mechanic’ would go as far as disabling the braking system while ‘checking’ for the cause of the smoke. After doing so, he’ll then ask you to test your brakes, which are now not functioning. Being the ‘nice’ guy, he offers to help you get a new spare part. Of course, after everything is done, he’ll present you with his very expensive invoice. You can read a Malaysian’s experience about this scam here.

What you should do in this situation: Similarly, just call your car insurance company. They will be able to ascertain the cause of the damage on site or tow your car for free! 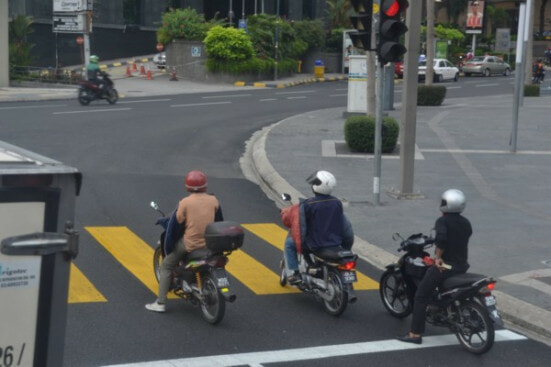 Scammers, usually on motorbikes, will ride up next to you while pointing and indicating that you had forgotten to close your fuel cap. After you’ve pulled over, these scammers then attempt to rob you. They are also known to use other tactics to make a victim stop their vehicle such as faking an accident.

What you should do in this situation: Do not stop if you’re at a rather secluded place. Drive to your nearest petrol station and do your check over there. 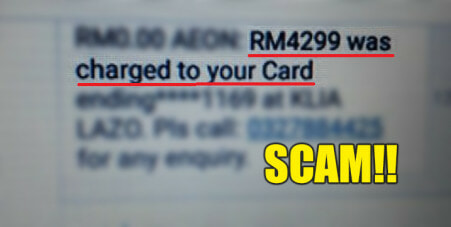