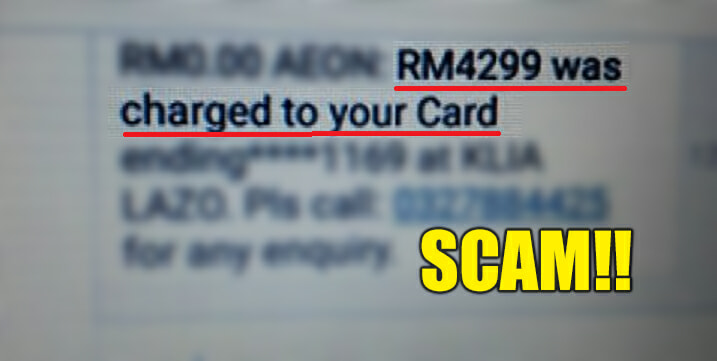 We’re all familiar with these sort of scams right? A fake bank login website, a call saying you have won a million ringgit maybe even the most notorious Nigerian prince tales.

Well now these sly foxes have a new trick up their sleeves. They send a realistic looking SMS to your phone quoting the last few digits on your credit/debit card saying a large sum of money has been charged to your card.

Although scam SMSes are not new, but this one had been made to look super realistic.

The mere fact that they know both the number of your card as well as your phone number is dubious to say the least. Added on to the lie that a large amount of money was lost, most people would buy into it. 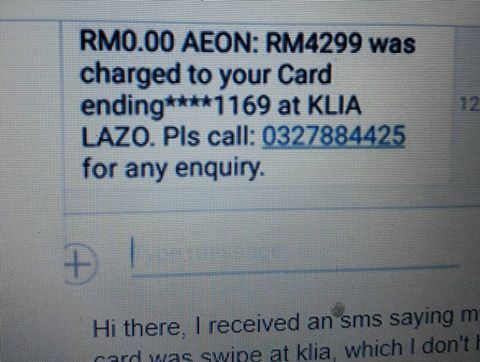 The picture was shared by local hero Kuan Chee Heng, a philanthropist who you can read about here and here.

According to his Facebook post, he claimed that the number which they provided is a legitimate call center, only it is not operated by your card issuer, it’s run by the scammers impersonating the officials.

“This is a scam. IGNORE. The Bank Negara number is a clone one. NEVER ENTERTAIN SUCH MESSAGES. ITS A SCAM AND INTENDED TO CHEAT YOU.

“They will try to make you believe your credit cards or bank cards was used. And if you panic you will become a victim. DO NOT ENTERTAIN THE CALLS OR MESSAGES.” 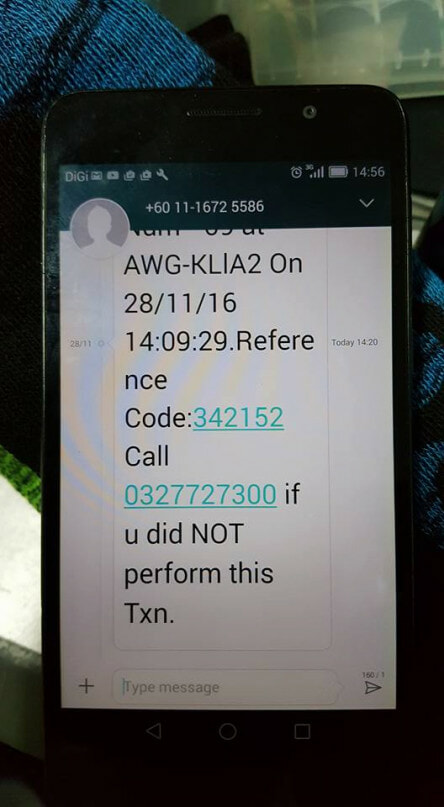 Naturally, most people who received an SMS like this would respond immediately. I mean, it DID INCLUDE your debit/credit card number! Fearing that someone might’ve used the card, most of us will probably quickly call them up without even thinking twice to clarify the situation.

And if you have ever called your real bank, you’ll know that standard procedure requires you to surrender you particulars like NRIC number, home address, your standing loans, etc, for security purposes. 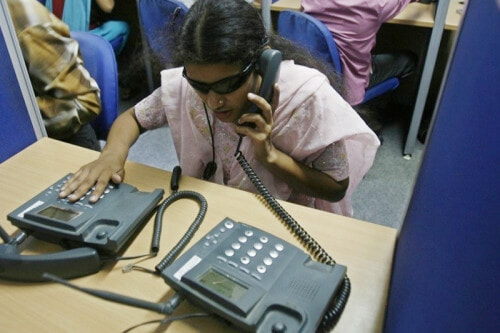 That is very, very dangerous. Those particulars in the wrong hands can easily be used to transfer all of your money to another account, open personal loans in your name, etc.

Also, remember the fact they have your address?

Your family and anyone living with you is now at risk. These syndicates often sell your particulars to the highest bidder, some of whom are known to be involved in home invasions.

What’s even scarier is that a lot of other Malaysians have experienced the exact same scam. Most of them saying that it only happened as recent as three days ago to one week.

If you ever receive a message like this one, always call the official number which you can find online. Don’t simply call the number in the SMS ok!

World Of Buzz would like to take this opportunity to remind our readers to never give out your particulars to anyone unless it’s absolutely needed.

Remind your family, friends and loved ones as well to ensure they don’t fall into the same trap.