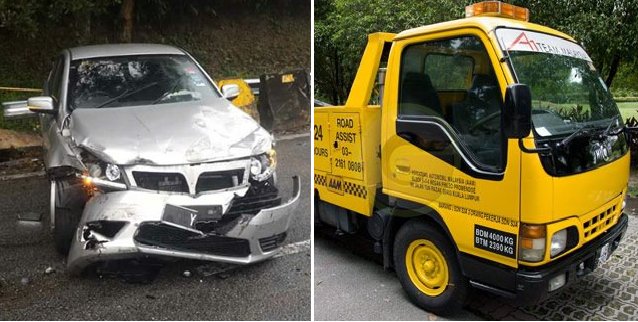 Recently, a lady named Ying experienced an accident en-route to Genting Highlands. According to Moretify, she suddenly lost control of her car and smashed into the roadside barrier.

What’s most surprising is the fact that the tow truck guy appeared almost immediately after the accident happened as if they have already foreseen this accident is gonna happen. Coincidence? I don’t think so. 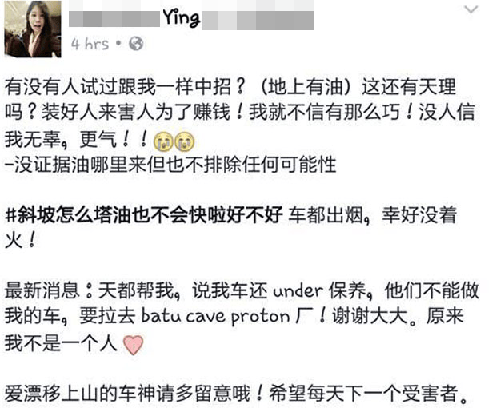 “Anyone else experienced that same thing I did? Where the road was spread with oil.

“The person had the audacity to act as a good person to help me, all this just to earn money!”

After the incident, Ying started to grow more suspicious about the whole incident because she was going uphill when the accident happened. Theoretically, the chances of the car spinning out of control while going uphill is low. She believes that the accident was caused by irresponsible parties who would reap the benefits from these ‘accidents’.

Fortunately, Ying did not sustained any major injuries. However, her car was badly damaged as a result of slamming the roadside barrier. 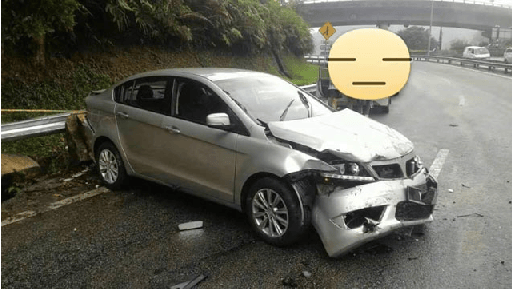 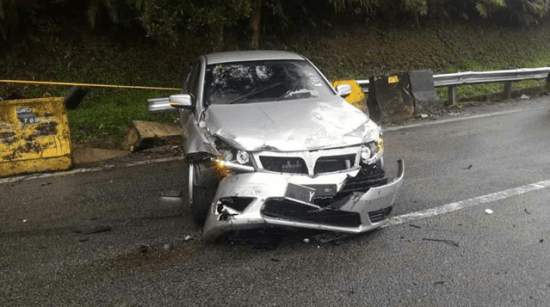 Determined to find out the truth, she posted her experience on social media. Netizens quickly jumped in to share their experience.

“Just need to get used to it if you are using that road often, it’s a scam done by the tow truck guys,” said a netizen.

“There is a group of tow truck guys who purposely pour some oil on the road, the towing fee ranges from 3 to 5 thousand ringgit,” commented another netizen.

Another netizen said that if you are observant enough, the oil can be seen washing off the surface of the road when it rained.

Netizens who shared Ying’s distress also posted the picture of their own ‘accident’ on social media. Shared grief is half the sorrow right guys? 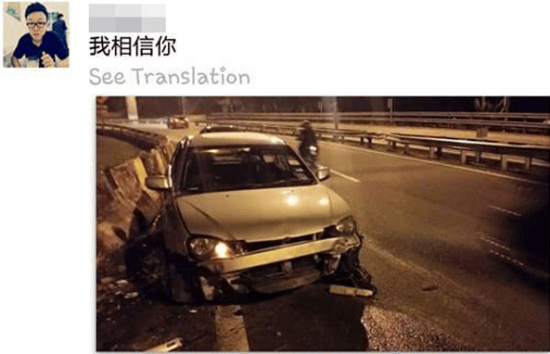 Based on the comments by the netizens, apparently the tow truck guys have been deploying similar tactics at different areas in Malaysia such as Subang, Ulu Yam and Karak Highway besides Genting Highlands. So if you’re travelling to these places, please be more wary!

It’s known that these tow truck scams have been becoming more prevalent in Malaysia. If it ever happened to you, call your own insurance to appoint a tow truck as these scammers were said to extort more money from victims after towing their car.

Also read: Threatened and Forced To Pay RM2050 In Tow Truck Scam But Police Did Not Help 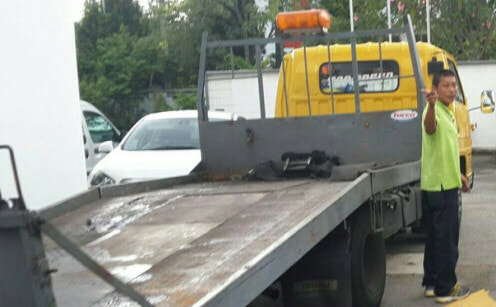