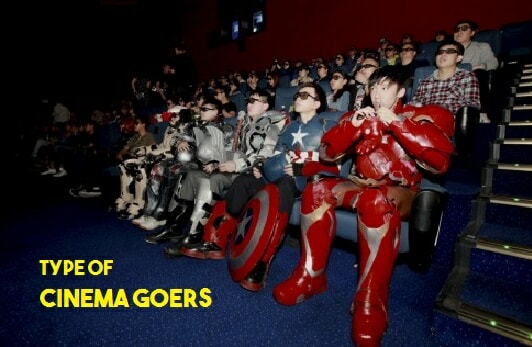 It’s safe to say that going to the movies is always the go-to weekend activity and thus a part of everyday life. So as we all know, being a leisure activity to be experienced with members of the public, the movie-watching experience come with just as many vices as its perks – mainly the types of people you are bound to encounter while (trying) to enjoy the show… 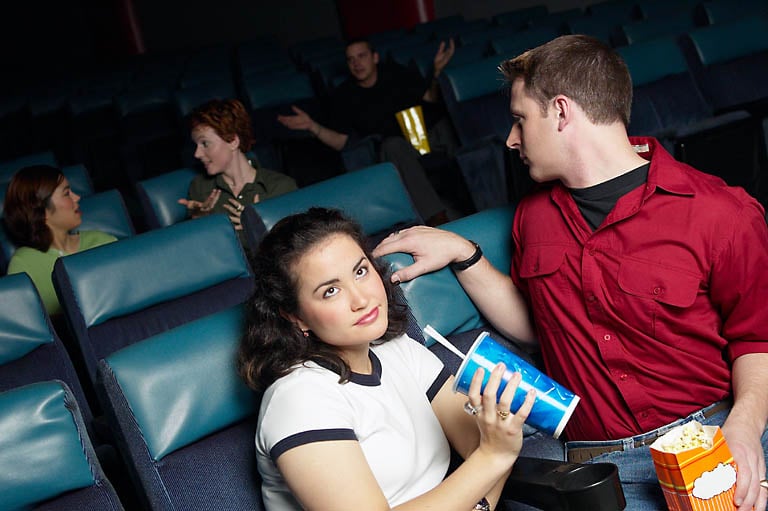 Almost as if in their own imaginary (what do they call it?) sports box, these types, like some sports commentator, tend to have a lot to say about the movie, narrating or giving their opinions (that nobody asked for) or talking directly to the characters like as if they can hear them, and such – doing all these oh, so loudly while the rest of us are trying to watch the movie – silently! 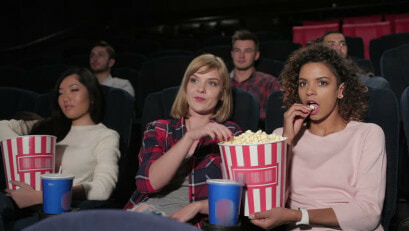 Usually agreeing to SHARE the popcorn we’ve purchased together, the popcorn hog tends to have it by their laps and constantly munches on it before finally letting you take some at one hour intervals.

Admittedly, we have all smuggled snacks in. Can you blame some of us who have an appetite for something other than the standard popcorn and Twisties, or refuse to pay for overpriced snacks? Although there is a line that should never be crossed: to all snack smugglers, whatever you may sneak into the theater, please at all cost never ever bring anything durian-flavoured! 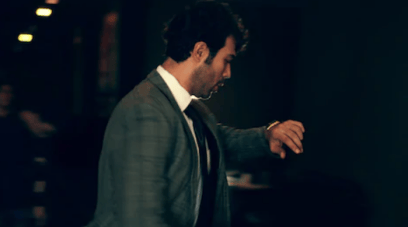 One of the main boons to the movie-going experience, it is uncanny that these types are sure to turn up everytime you watch a film – turning up late, that is! Really, it’s infuriating that these types, prior to the movie, smugly insist that they have timed the roll of the ads correctly and know just when to come inside the hall in time for the actual movie. Yeah… and then they come in as dark shadows passing by the screen, blocking bits and pieces of the film scenes. Now is it cruel coincidence or purposeful malice that these types tend to always have their seats in the middle row and so will always, always come in blocking peoples’ view of the movie? 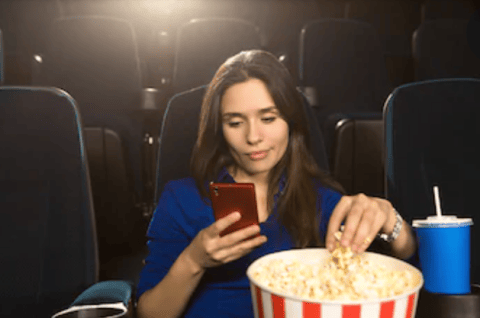 Sigh. The only thing you want to say to these types are simply: ‘Then what the heck are you doing watching a film anyway?!’ The only saving grace is that they at least text and not actually talk on their phones, although the glaring light from their phone screen makes you want to smash their phone on the ground.

These are the ones who are so absorbed with the movie that it even effects their physical reactions, like jumping at surprise scares, or gasping when the hero is hanging to their last finger for dear life, going, “Aww…” at when the boy and girl gets together at last, etc. Sometimes, if the sound effects are, um, effective enough, they might even yelp aloud. Not so annoying – at least they are paying attention to the film.

7. The one who gets too comfortable 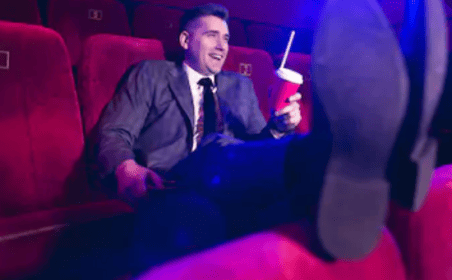 These types take the ‘Make yourself at home’ phrase a little too literally. You know the ones – a sure-fire way to spot them is to see the ones who would stretch out their legs and nicely plop their feet on the head of the seat in front of them – some even going as far as to take off their shoes and socks, going barefoot and it’s definitely not pleasant to the nose for the ones sitting around him.

8. The one with the tiny bladder

They are the ones who always seem to have nature calling them on, shall we say, speed dial. It’s alright if you want to pass infront of me to get to the bathroom but please, keep a move on! Don’t inch slowly while staring at the screen.

Not talking about the ones who cry at films – those are reactors. I’m talking about actual crying babies. Just saying – new parents, please refrain from bringing your tiny and understandably restless child to watch a film with the public audience. Really, big ‘noise effects’ and large dark room with strangers do not bode well with the little cutie pie.

A close relation to the Reactors but in a class all on their own, these types are what we can elegantly classify as the ‘Scaredy-Cats’. Now you might wonder if they are so terrified, why are they even watching the horror or violent film in the first place. Well, in some cases, you might find that they were dragged there by their cheeky friends or else they are simply fulfilling their masochistic appetites. 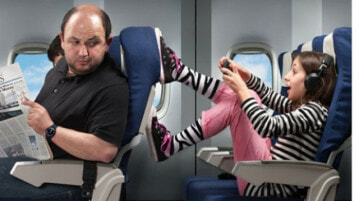 You never know exactly what is these type of cinema goers’ problem – whether it is simply they are adjusting in their seat too excitedly or are reacting too much with their legs or, heaven forbid, actually purposely causing a ruckus – the point is they are one of the most annoying types to come by.

Blame it on lack of sleep or more accurately, blame it on the boring movie, because these types are the ones who tend to snooze off unashamedly. You’re lucky if you haven’t encountered the snoring kind of these types.

Ah, the voluntary strict cinema police – the one who would shush down the Loud commentator or the Snoring sleeper, making the movie-going experience not unlike a public library instead.

Curse the cinemas and their bad design. How are two people supposedly going to share one common arm rest in the middle? Seriously??

The armrest hogger is well aware of this flaw and yet decides to take up both armrests left and right, leaving you to fold your arms in disapproval.

The only way to make sure you get your armrest is to get there early and call dibs before the person beside you shows up.

As always in a Types, uh, type of list, there’s always the ‘Perfect type’. This here is such a one. They are the ones who go to the restroom before the movie, goes in when the hall number light is turned on, reacts at the right intervals and never too loudly, their feet remains on the floor at all times and never disturbing their neighbours, turns off their phones and pays attention to the movie from start to finish.