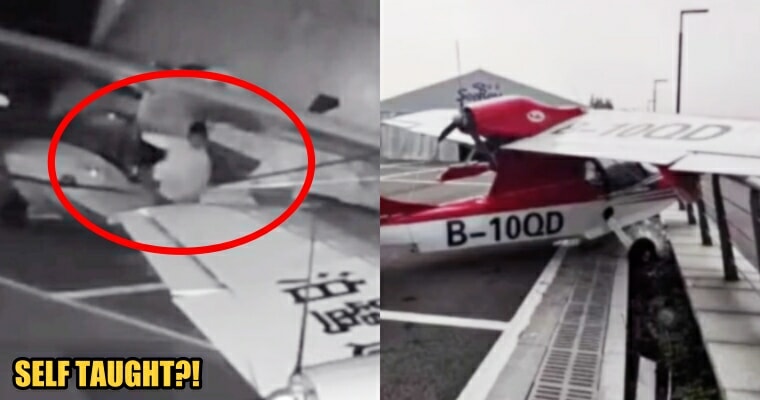 Some of us definitely dreamed of becoming a pilot while we were younger, and we’re sure this young boy couldn’t wait to be one.

On Monday night (15 July), a 13-year-old boy kind of fulfilled his dream as he snuck into TWO planes and attempted to drive them.

When the local Zhejiang, China police station received a report regarding someone hijacking two planes, they quickly scoured through the CCTV footage hoping to catch the culprit.

It appears that when after the clock struck midnight, a small, skinny figure walked into the scene on his automated bicycle. He then opened the temporary hangar’s curtains and PUSHED OUT A SMALL AIRCRAFT.

After climbing onto the aircraft fiddling with the control, he managed to turn on the plane and glide across the hangar. But the aircraft crashed into the fence because he failed to make a turn, causing it to breakdown.

So he moved on by jumping onto ANOTHER aircraft and started the engine as well. He drove it for a couple of turns in the hangar and left the scene. Luckily, he didn’t crash that one.

It was reported that the aircraft was a seaplane and the weighed about half a tonne, which was light enough for the boy to push around.

The police found the boy, and he owned up to his acts straight away. His parents, on the other hand, had to bear the compensation fees of 2,000RMB (RM1,194).

But how did the boy even learn to manoeuvre the aircraft, you ask?

According to the staff there, they noticed a kid observing them for a long while as they fixed the aircrafts the day before. If the boy learned how to turn on a plane by watching, imagine how far he’ll go in that very field in the future!

Impressed by the smart boy, the director of the aircraft operating base hopes the talented kid would attend professional training at their base someday.

Although we do not condone acts like trespassing, we sure hope this kid will be able to pursue his piloting dreams in the future! 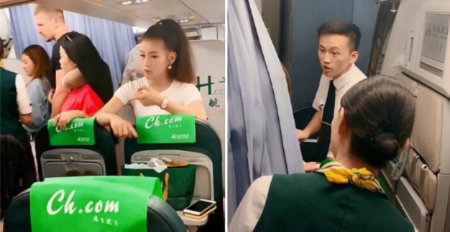