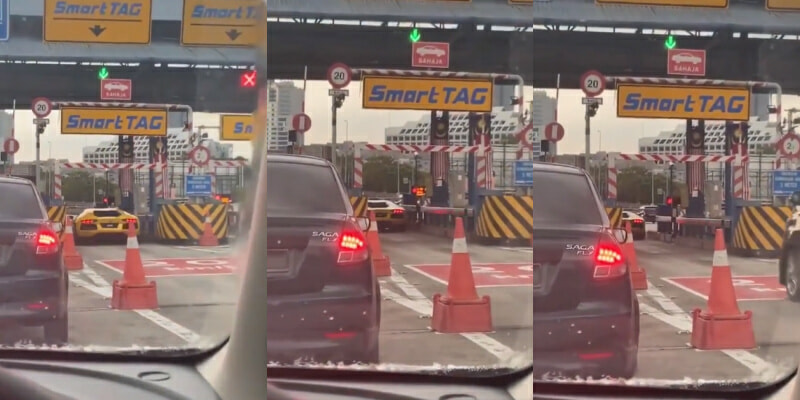 Standing at a mere 1136 mm tall, sports cars like the Lamborghini are built low and closer to the ground to decrease height clearance and get more grip when driving at high speeds.

But that’s not the only reason why people get Lambos., because evidently, you can sneak pass tolls without waiting for the boom gate to give you clearance.

Just look at this video!

Taken from an eyewitness camera, the yellow Lamborghini can be seen slowing down when approaching the Smart Tag lane and leaving the booth a few seconds later giving the impression that the driver did not pay his toll.

Netizens commenting on the video, were less than impressed with the actions of the driver.

“This driver outsmarted the system. He knows that his balance is not enough, so he sneaks by the boom gate.”

“No wonder Lamborghinis are expensive. It comes with the ability to avoid tolls. Its designers are geniuses.”

Let’s hope other luxury car owners out there, do not make this as an example to avoid tolls. 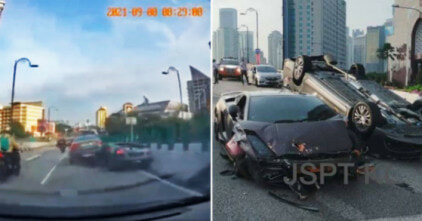