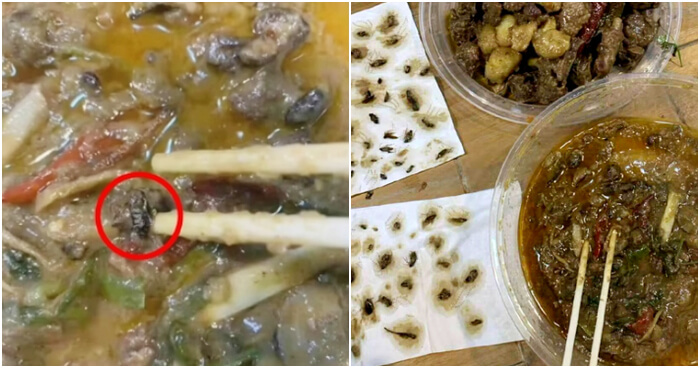 With food delivery services becoming more mainstream by the day, we’ve found ourselves relying on it more and more to, well, deliver almost any food we desire straight to our doorsteps. However, sometimes it’s not food that gets delivered, but something far more sinister. Just ask this poor woman from China who ordered duck stew online.

Oriental Daily reported the case of a woman from Chaosan, Guangdong, who found not one, not two, but 40 dead cockroaches in her duck stew, which she had ordered off a food delivery service! Once she discovered them, she nearly threw up and immediately lost all appetite. As she started fishing the insects out of her meal, there were so many of them that it was enough to fill up two pieces of tissue paper!

We hope this doesn’t put you off your dinner, but here’s the evidence: 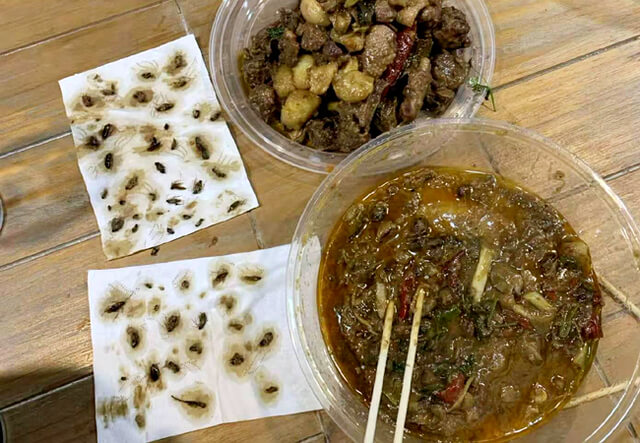 Wasting no time, she took pictures of the twisted dish, and uploaded them to social media. Netizens expressed their disgust and shock, leaving comments such as:

“More than 40 of them? You might as well have called for a bowl of cockroaches.”

The customer has since made a complaint to the restaurant, which has thankfully granted her a refund. She has also lodged a report to the police, who are in the midst of investigating this stomach-turning occurrence. As the stew is dark in colour on its own, it would have been all too easy to swallow those cockroaches by accident, had she not been as careful! We hope this serves as a warning to restaurants to be extra meticulous when it comes to their surroundings’ hygiene, and the quality of food! After all, one mistake is all it takes to make a brand go viral for all the wrong reasons. 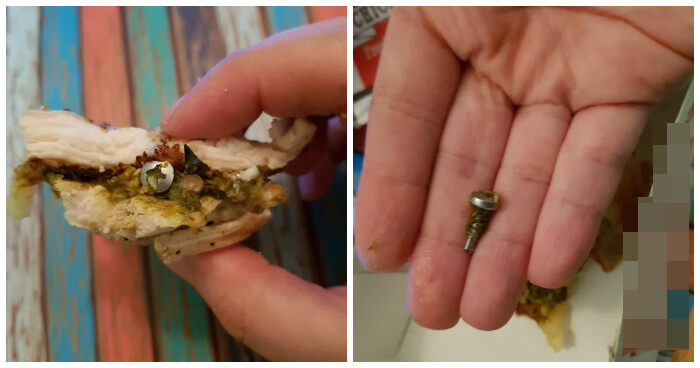