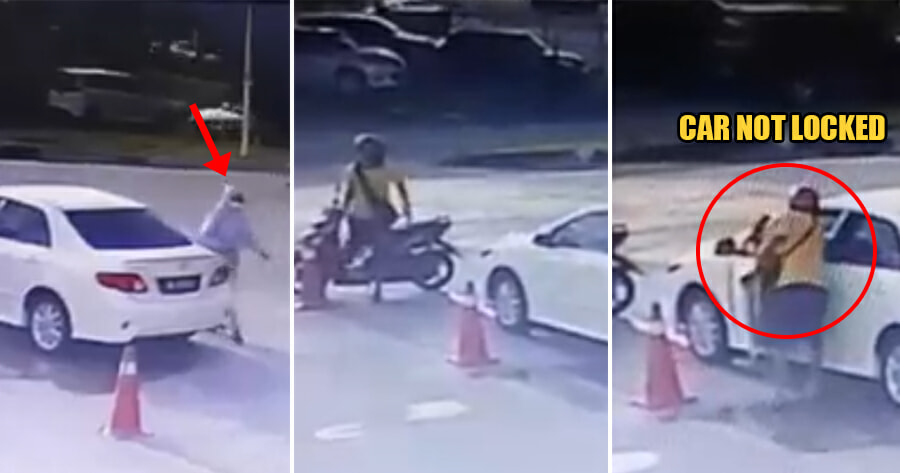 You can never be too safe in public nowadays as robbers will take every opportunity they get the moment it is present to them.

A woman was robbed in broad daylight after she left her car door unlocked while she went to the store at a petrol station.

According to Info Roadblock JPJ/POLIS, the woman had parked her car at a petrol station in Kampung Likas, Kota Kinabalu, Sabah, and left her handbag in the passenger seat while she went to the store.

At this time, a motorcyclist lurking in the area was watching her, and while she was in the store, he slowly came closer to the car and parked his motorcycle in front of it.

He then walked around for a while and waited for the right moment before opening the passenger door, taking the woman’s handbag and riding off.

The petrol station didn’t seem empty, but the robber somehow still managed to steal the bag without anyone noticing.

If you’re at the petrol station, always remember to keep your valuables with you and don’t forget to lock your car doors whenever you get out, even if it’s for a short while. Robbers are very quick nowadays, and we need to be alert and vigilant at all times. 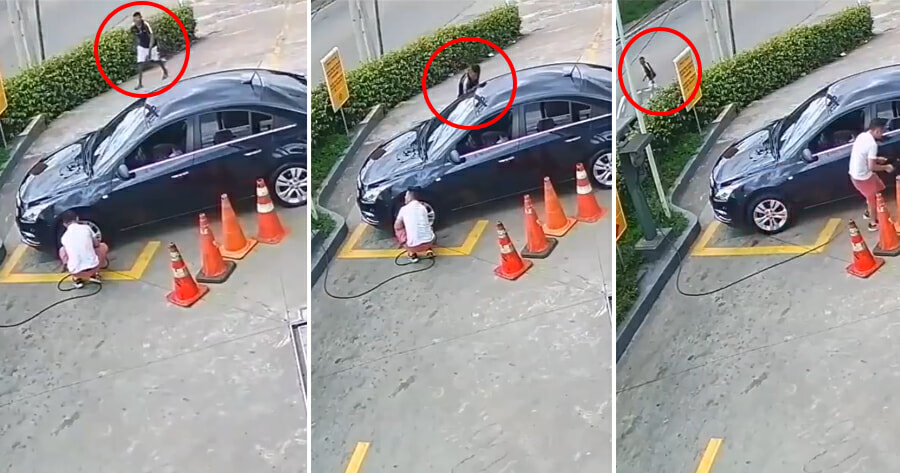