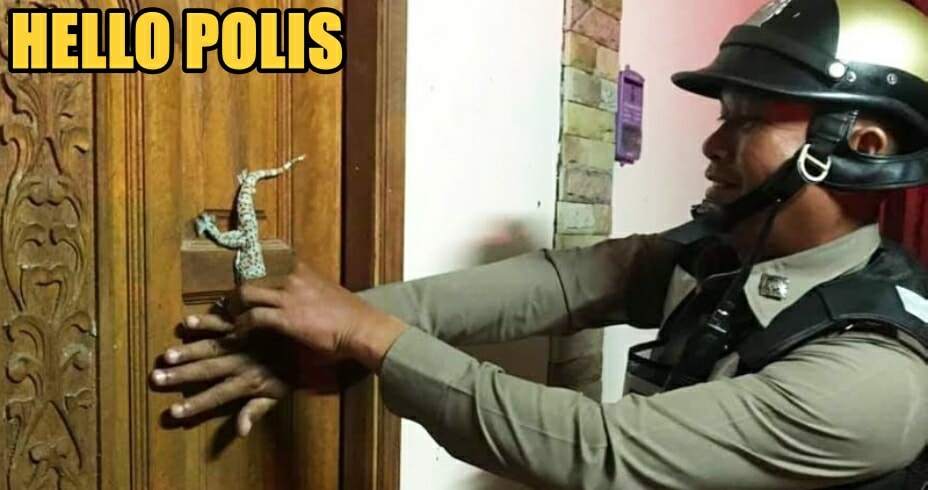 The average person might be mildly grossed out at the sight of tiny creatures, be it reptiles or insects. But for some, moderate disgust becomes pure fear and terror as they let out screams and cries for help.

A woman in Thailand is part of the latter camp as she gave the police a call when she discovers a horrifying reptile was “blocking” the entrance to her home.

When emergency respondents heard her pleas, they would have easily been led to believe that it was a mean crocodile tyrannising the poor woman.

But when the police arrived, they were shocked to discover the beast was… a gecko? WTF!

“The woman renting the room said she was scared because there was a large gecko hanging on the doorway, and it wasn’t going away. So she called us to come get rid of it.”

Meungtang, the honorary reptile removal squad leader for the day reported no injuries in ridding the door of the gecko, either to human or lizard. Not angered at all by his task, he frankly found it amusing.

“Usually we get calls to remove snakes but to remove a gecko, this is a first.”

According to Coconuts Bangkok, the phobia of geckos permeate throughout Thai society as the people wrongly believe that geckos are vicious, poisonous predators who prowl for their next kill.

In reality, geckos are pretty tame, adorable and make perfect pets for those allergic to furry animals like cats and dogs. 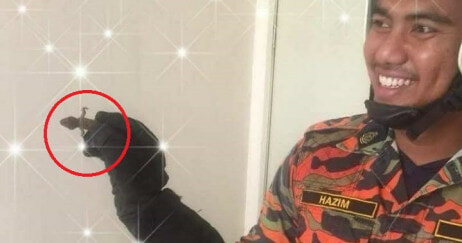