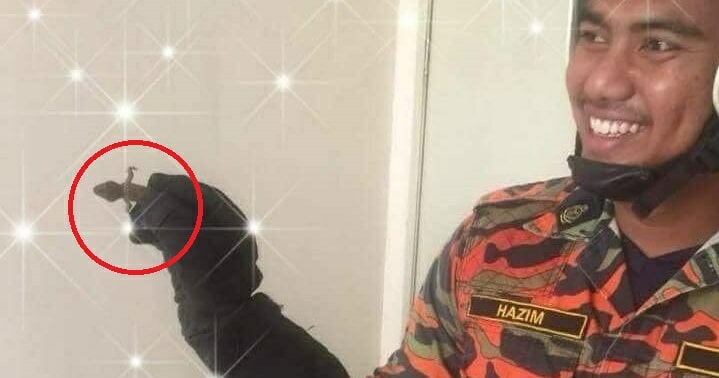 Our wonderful Fire and Rescue Department in Malaysia or popularly known as Bomba work really hard to ensure that the rakyat is safe and sound. These dedicated people are called for various issues that not only include putting out fires but also for road accidents, search missions and even things like catching a snake in your house. 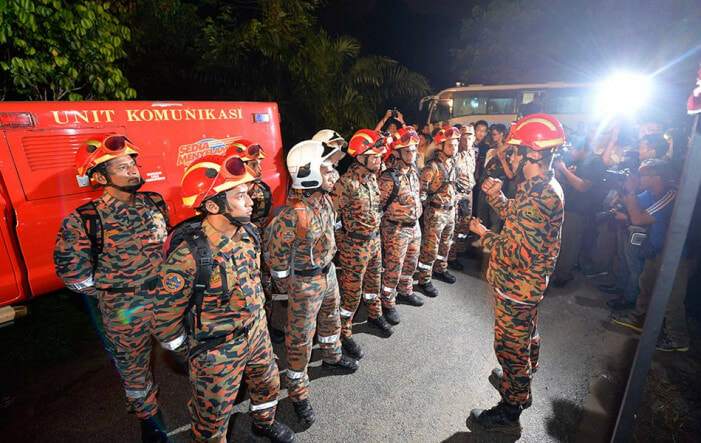 So, it’s no surprise that the Bomba received a call on September 4, when someone reported that they spotted a huge monitor lizard in their neighbour’s home in Petaling Jaya and needed help. They quickly gathered a team from the station in Damansara in response to the distress call and sent them over to the relevant unit, according to China Press.

Thinking that they would be facing a huge reptile that was terrorising the residents there, the Bomba team was shocked when the alleged threat turned out to be a lizard. Yes, that’s right! In a post that has been going viral on Facebook, one of the Bomba personnel can be seen holding the “threat” in his hand. 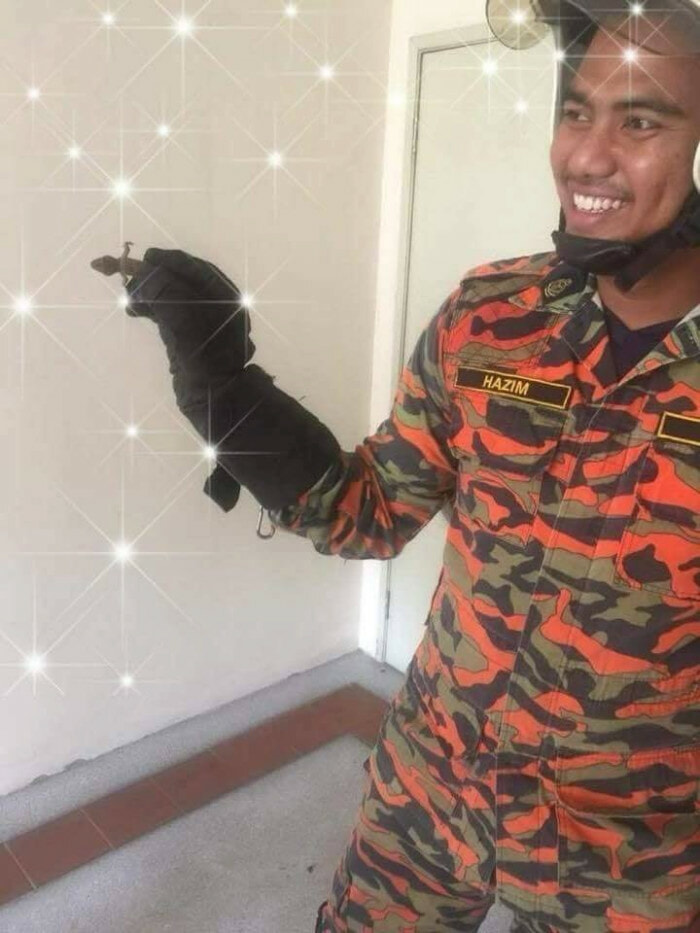 The post even called the type of incident as “Special Lizard Services” and if you thought that the lizard would be a huge, menacing type, it was actually about the same size as the Bomba’s thumb. Yup, very “scary” indeed! In the photo, even the Bomba staff who is holding the lizard in his hand is grinning as he looks like he is amused by the supposed threat.

Netizens who saw the post couldn’t help but be similarly tickled by the person who made the report while some of them criticised the person, as it was a waste of resources to actually call the Bomba over. True, though! Some of them said that the person should go back to school to learn how to differentiate reptiles.

Don’t simply call the emergency personnel unnecessarily, okay? You may be diverting resources away from people who actually need it!