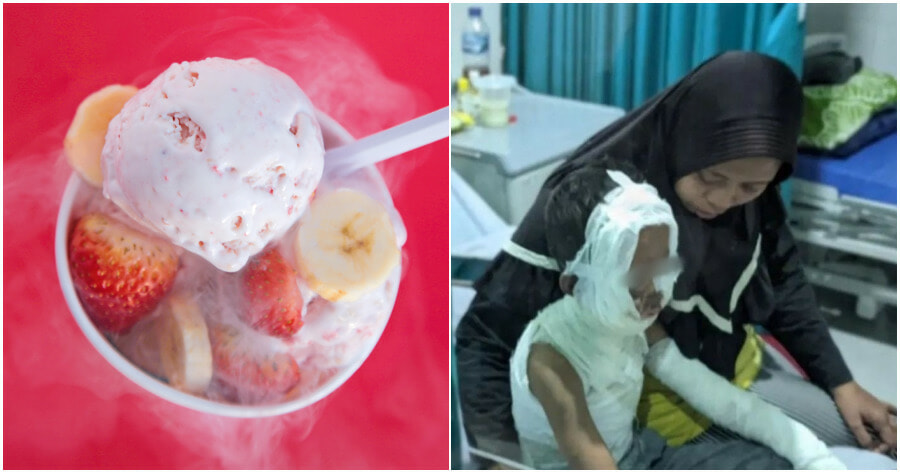 Imagine the disappointment of not getting what we want after anticipating it for so long – like when you excitedly go to the ice cream parlour to find out that your favourite flavour is sold out. 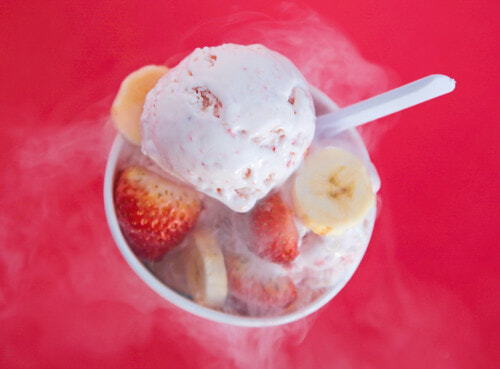 The incident happened when the victim Ahsan Farid Trisnanto, 5, and his father, Sutrisno, were watching a performance of traditional Javanese dance, Reog, in a village in Jetis District, Indonesia.

While watching the show, Ahsan took notice of a smoky ice cream vendor at the scene. He then asked his father to buy him the ice cream.

Ahsan was about to have the smoky ice cream, believed to contain a mixture of liquid nitrogen… when the dessert caught fire, causing severe injuries to his face and setting his shirt ablaze too. 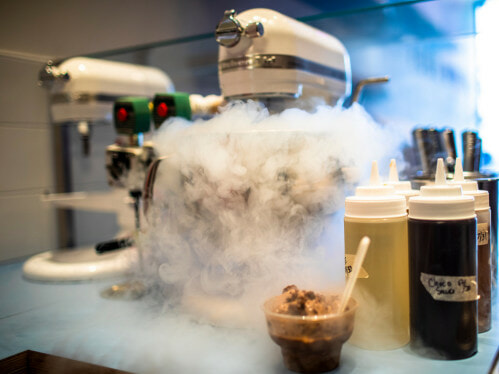 His panicking father desperately tried to help put out the fire using his bare hands, and luckily, the villagers watching the Reog performance immediately took Ahsan to the Ponorogo Muslimat General Hospital.

Sutrisno said he bought the ice cream for Rp 20 thousand (RM5.91) from one of the street vendors.

“My son was just about to eat when the fire suddenly came out of the bowl,” he said. 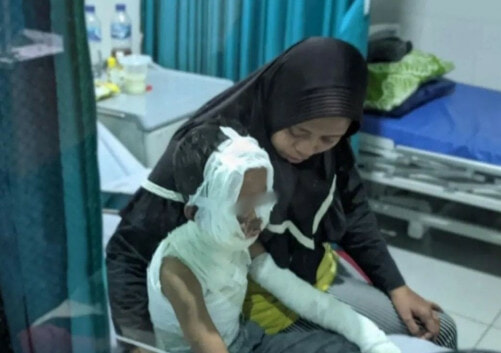 Meanwhile, according to the Head of the Ponorogo Muslimat Medical Service, Dr Siti Nurohmah, the victim suffered burns to his face and mouth.

What an unfortunate incident! We hope little Ahsan is recovering well. 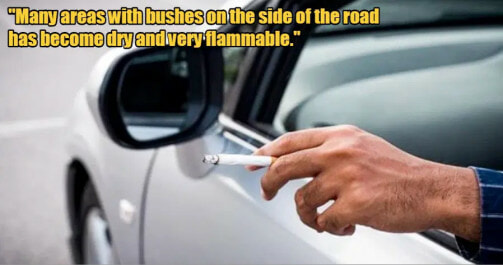