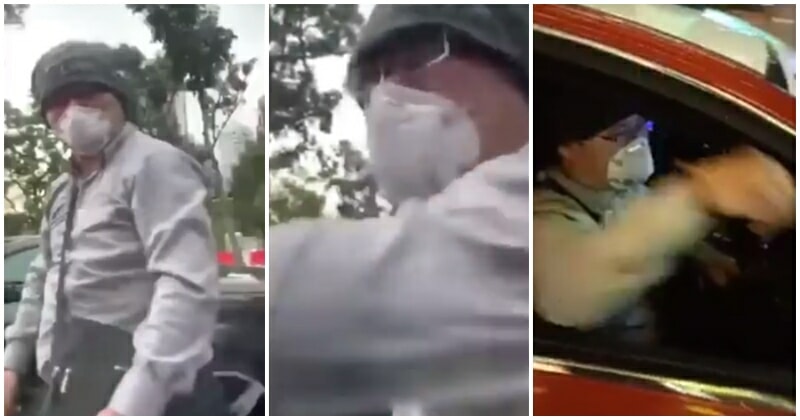 In recent times, we have witnessed a multitude of videos showing bouts of road rage involving road users in Malaysia and Singapore.

Being a combative lot, most of these videos just shows how illogical human beings can be when they are pushed beyond their limits.

This is one video of such an incident.

Taken by the victim, the video witnesses a cab driver flipping the bird, hurling obscenities and hitting the victim’s car.

Though the reason behind the incident is still unknown, we’ll let you be the judge of this.

According to Mothership, the Trans Cab driver’s road rage did not end there.

In a similar fashion, the driver was caught brandishing a weapon and was involved in a scuffle at a small family who had a baby!

It was a good thing that the driver was confronted by individuals who witnessed the incident.

Clearly a disturbed individual, it is a wonder why he was chosen to be a cab driver in the first place.

We urge Malaysians who frequent our neighbors across the causeway to keep an eye out on this cab driver and bring him to justice. 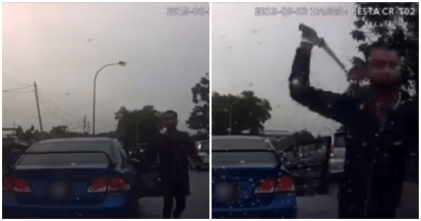