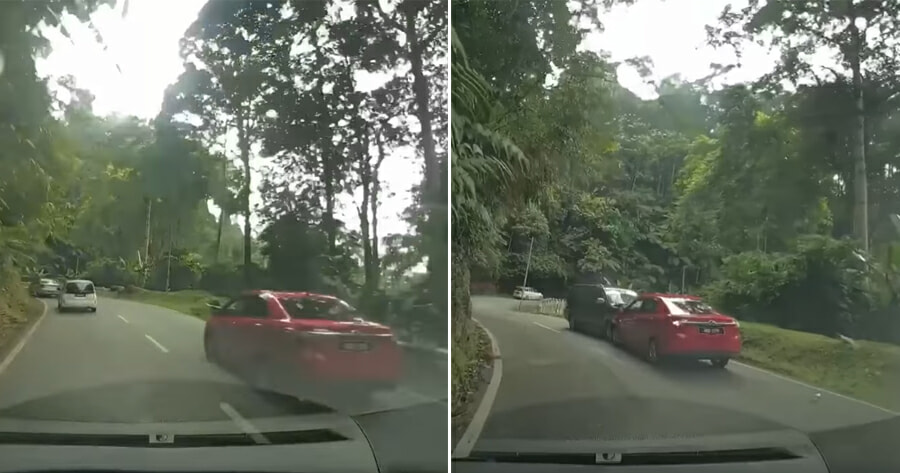 We know plenty of impatient drivers who can’t seem wait in slow traffic and would often just manoeuvre their way around all the vehicles in their way. But if you’re doing this on the opposite lane on a two-lane road, it is illegal and you can get into some serious accidents.

In a video posted on Facebook, a Perodua Bezza is seen trying to overtake several cars on a two-lane road by moving into the opposite lane. At that point of time, traffic wasn’t even heavy but the Bezza still decided to drive on the opposite lane.

As the Bezza came to a slight curve in the road, another car appeared, but before the Bezza could stop, they both collided head-on with each other. The Bezza could be heard jamming on the brakes, but unfortunately it was too late.

The incident happened at 12.57pm on 16 August on the Tapah route to Cameron Highlands.

Netizens, of course, expressed their displeasure at the Bezza with many saying that the driver of the Bezza was being too impatient while others empathised with the driver in front as he was innocent in the accident.

Also read: Watch: Car In Kedah Overturns After Crashing Into Bezza That Was Trying To Drive Across Junction