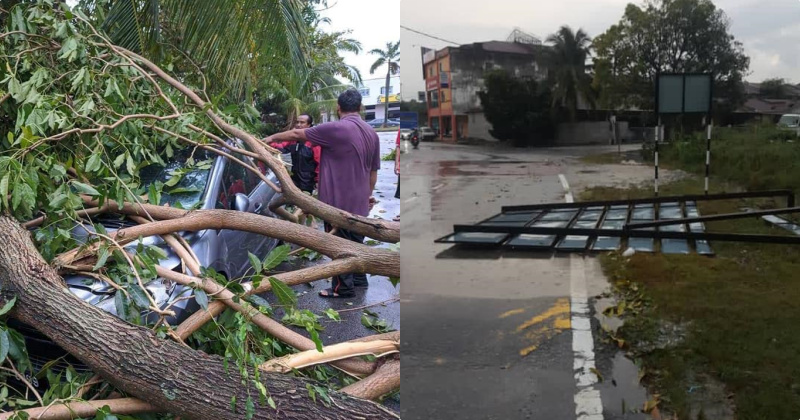 While the nation is preparing itself for an oncoming heatwave, a storm, the worst of its kind in the Bandar Baru Salak Tinggi Utara area wreaked havoc on 100 homes, around 4.30 pm Saturday.

According to Sepang District Disaster Management Committee Chairman Mohamad Zain A Hamid, the storm which began around 4.30pm was followed by a thunderstorm.

Roofs were blown off a number of houses as a result. Footage of the thunderstorm that has made its way on social media, showed just how scary things were for residents in the area.

Uprooted trees, damage taken to freestanding construction and homes are certainly a devastating sight for those living in the area.

To help folks cope with the losses, Mohamad Zaid said that the committee has since opened a counter to gauge more information on the matter and help the state government to work out a compensation package for the victims.

“We urge victims to come forward, make police reports and take pictures of their loss before registering.”

Several schools have also suffered heavy damages because of the incident.

Know anyone who needs help with regards to the horrendous storm yesterday? Remind them to step forward to the authorities to receive their much-needed aid from the state government. 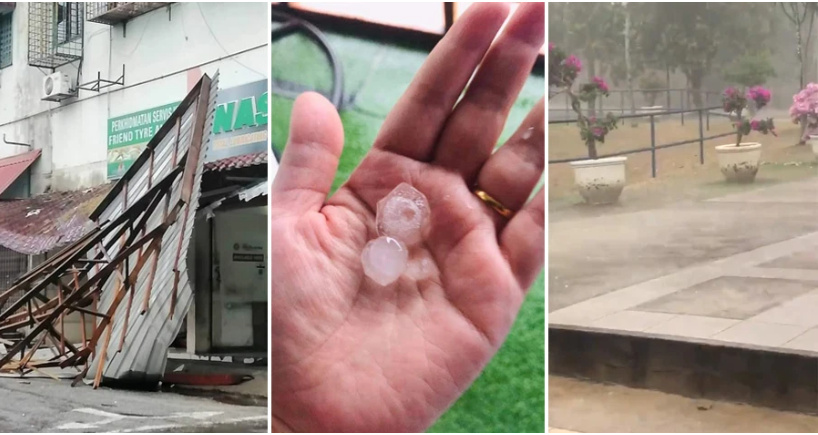