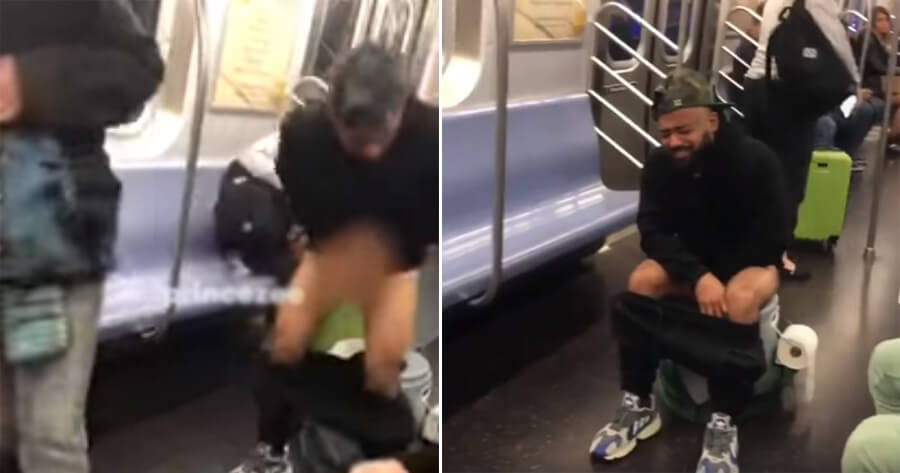 I’m sure we’ve all been there when nature calls at the wrong place and at the wrong time, and there is no feeling of desperation quite like when we really HAVE TO GO but there is no toilet in sight. Either we try our best to pull through the discomfort and cold sweat, pray really hard, or live with an accident in our pants.

Luckily for this guy, he knew better than to leave such things in the hands of fate as he came prepared for such an incident.

A 45-second video posted on Facebook shows a man, probably in his 30s, riding the subway with a rather wide cylindrical object wrapped in a cloth casing placed on the subway floor near him. 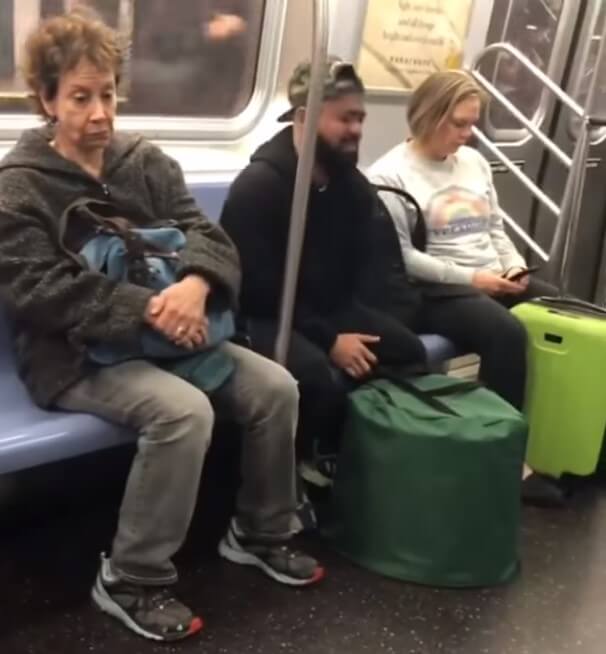 A few seconds later, his face begins to show extreme discomfort as he rocks back and forth, and immediately starts unwrapping the package.

As he pulls down the casing, a grey object with a lid emerges and is soon revealed to be a portable toilet! 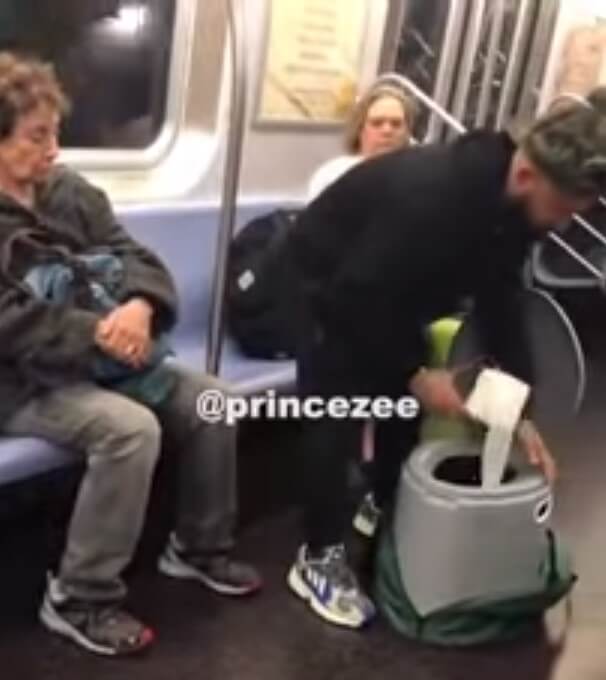 Lifting the lid, he takes out a roll of toilet paper, hooks it to the side of the ‘toilet bowl’ and proceeds to pull down his pants and underwear. Onlooking passengers sitting near him who immediately realise what he is about to do seem to be absolutely horrified as they get up from their seats and rush off.

Other passengers, however, seem to be amused as they stay put in their seats while the guy ‘does his deed’ in the portable toilet bowl.

If you thought that was real, well, gotcha! It was actually a prank that this guy wanted to pull off in the subway.

Identified as Zeeshan Ali on Facebook, the Internet viral super star often films himself pranking people on the subway. He has pranked passengers by falling asleep on them, and even set up a hammock in the train to lie in.

So, I guess he didn’t actually poop in the train, but I’m sure the passengers who witnessed it would have something to talk about for weeks.

If he did actually poop into that portable toilet though, I can’t imagine what the smell would be like. Yikes!

What do you think of this guy’s pranking skills? Let us know in the comments below! 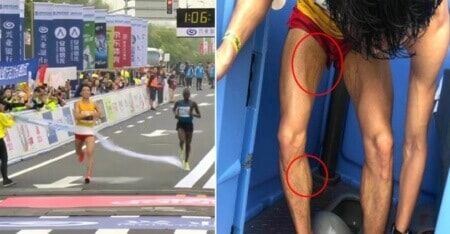