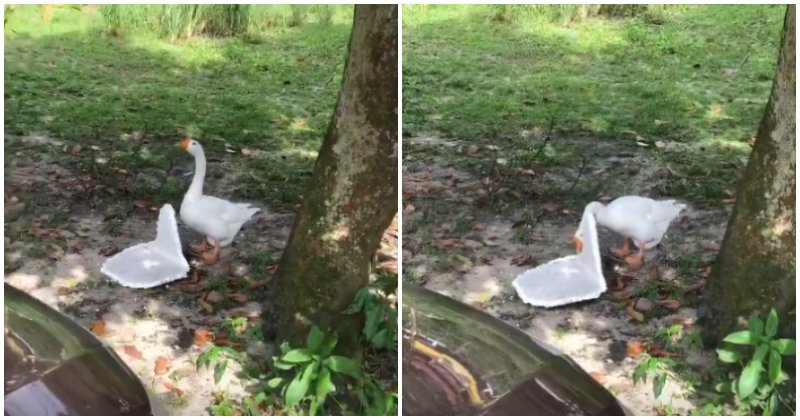 It looks like we desperately need to up our game when it comes to saving the environment, and I don’t mean just for one particular cause at this point.

We’ve been doing our level best to cut down on plastic straws for the safety of the turtles and other animals that call our waterways home, but it looks like there are other areas in which we should focus on as well.

Case in point, Maya Karin (@maya_karin) took to her Twitter account to showcase how a goose back in her village was eating a piece of broken polystyrene by the side of the road.

Maya wrote, “A goose at my village is eating polystyrene! I saw it as I was driving by and immediately reversed and horned at it to scare it away so that I can pick up the polystyrene and throw it where it’s supposed to go. But the goose paid me no mind. Luckily, my neighbour’s son helped out. After chickens and geese eat it, tomorrow we’ll end up eating all that poison too!”

Gone are the days where trash can only be seen scattered around city corners, as the greenery of villages in Malaysia have clearly also been contaminated with the sick behaviour of humans who think they can throw their rubbish everywhere.

We hope nothing happens to the goose considering it might have already eaten quite a bit of the polystyrene before it was taken away.

Maya Karin’s posting has since garnered over 464 retweets.

Considering we’re poisoning the environment, it’s only karmic that we eventually get poisoned as well.

Also read: M’sians Invited for Free Durian In Perak But Litter and Bully Villagers Before Leaving 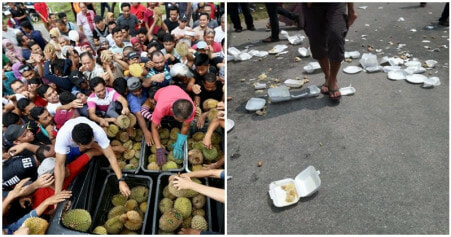