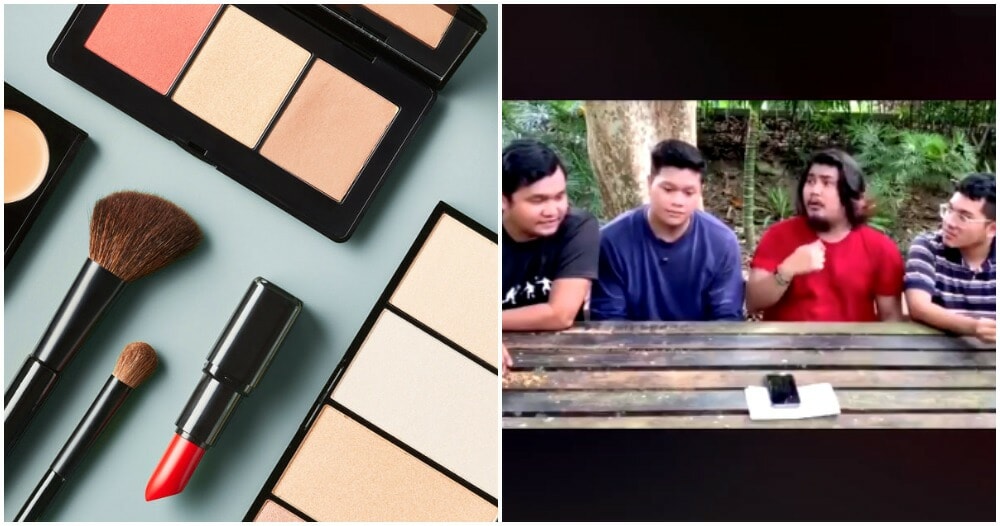 Recently, a video on Twitter showed four local men having a discussion about why women, who are no longer single or in a relationship, still take some time to wear makeup before going out. The video did not sit well with many netizens who expressed their thoughts on the issue.

Whats not clicking? If a girl pakai makeup when shes single AND when shes alrd taken then clearly shes not doing it for men lol and i dont get why r these men so pressed like u tak nak perempuan pakai makeup, jangan lak kejar perempuan yg selalu pakai makeup its that simple 😭 pic.twitter.com/xiBYbDdVbn

The 19-second clip was uploaded to Twitter recently with the caption “What’s not clicking? If a girl wears makeup when she’s single AND when she’s already taken, then clearly she’s not doing it for men.” 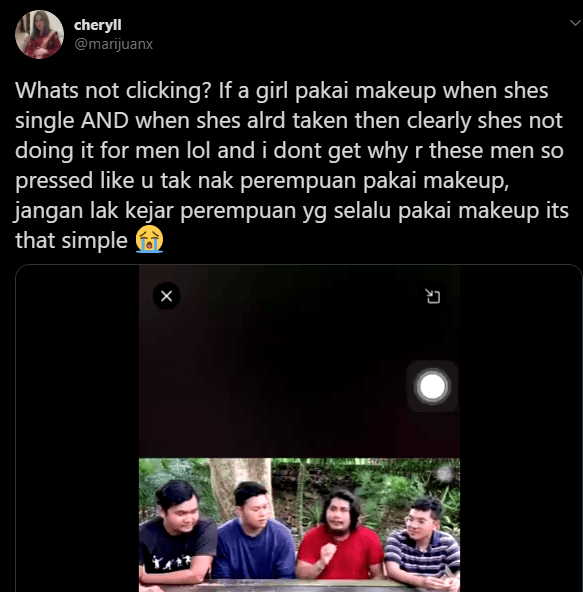 In the video, the four men seem to be expressing their frustration about the amount of time some women take to put on makeup even though they are already in a relationship. However, women should be able to wear makeup for whatever reason they want.

Netizens on Twitter also did not waste the opportunity to voice out their thoughts. Many flocked the reply section to express what they had on their minds. Some may seem a bit harsh but frankly, it needs to be said. 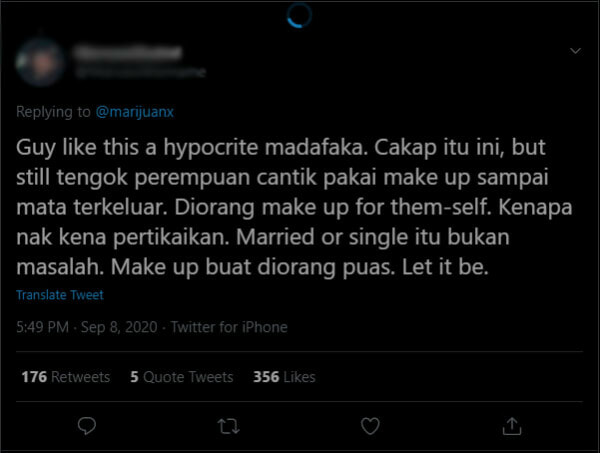 “Guys like this are hypocrites. Say this and that but still look at pretty girls wearing makeup. The makeup for themselves. Why the need to doubt it. Married or single is not a problem. Makeup makes them feel satisfied. Let it be.”

“Men are all liars. At the end of the day, you go looking for pretty women right? You think the women out there are flawless day and night, is it? Always 100% natural beauty without a touch of makeup?” 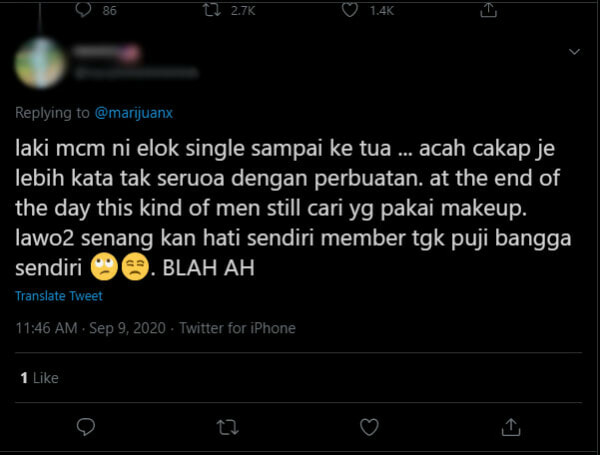 “Men like this are better off single until they’re old… All talk not actually doing it. At the end of the day, these kinds of men still look for the ones using makeup. All pretty and you’re happy friends give compliments all proud of yourself. BLAH AH”

This video makes us wonder, how can a simple issue bother them when it’s not even an issue in the first place? Let women do what they want and in return, no one will bother you with your personal interests.

Respect for each other is something that is critically lacking among us Malaysians nowadays. Not to say that mutual respect does not exist at all but to a certain degree, we can all agree that some people, especially on the internet, just lack respect for others.

The topic of mutual respect has been long-overdue and needs to be addressed right away. It is not that hard to be respectable when it comes to the interests of others. Most women enjoy putting on makeup, there are a million reasons why they do it and each reason is unique to every individual.

Some wear it as a way to express themselves, some wear to hide scars and others just wear it because they feel like wearing it. No matter what the reason is, it is mostly for themselves and rarely for others. So be respectful of each other.

Also read: Say No To Ghosting! Here’s How You Can Politely Reject Someone If They Say “I Love You” 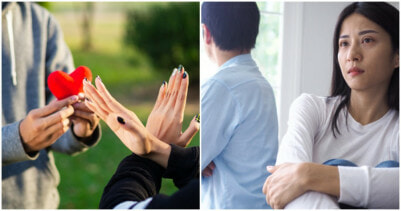