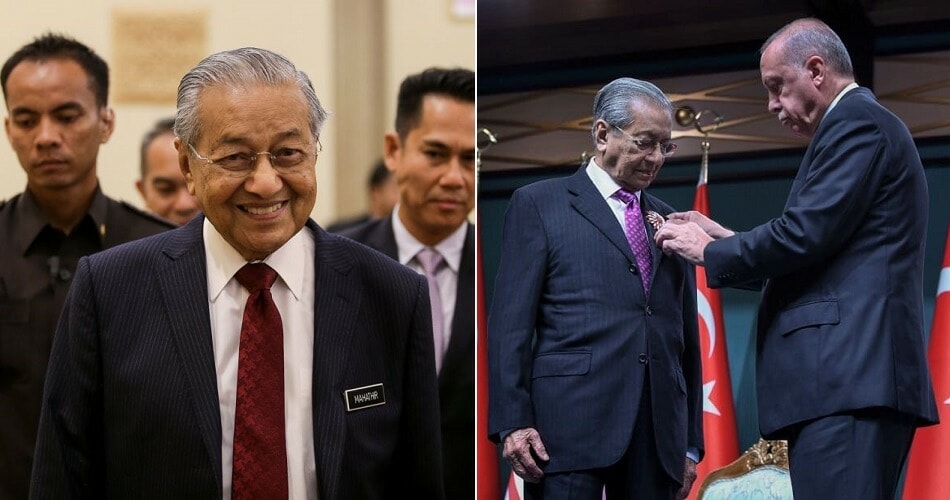 If you didn’t know, our prime minister Tun Dr Mahathir Mohamad is currently in Turkey for an official visit and while there, he was bestowed with a prestigious award by the Turkish president.

NST wrote that Tun M was awarded the Turkish “Order of the Republic” by President Recep Tayyip Erdogan in accordance with his first official visit to the country after he took over the office for the second time.

What makes this honour even greater is that it is the second-highest honour after the “Order of the State” in Turkey and Tun M is the FIRST-EVER Asean leader to receive it. Wow!

Congratulations to YAB Tun @chedetofficial for being awarded the “Order of the Republic” by President of Turkey, HE Recep Tayyip Erdogan. This is a recognition of YAB Tun’s contribution to Turkey-Malaysia relations, making YAB Tun the first ASEAN leader receive this honour. #MEA pic.twitter.com/qc5fOpAtTc

If you didn’t know, the “Order of the Republic” is normally given to foreign leaders who have contributed to the growth of diplomatic and friendly relations with Turkey. Following that, Erdogan said in his speech that this award is also a show of appreciation to the people of Malaysia. Aww! ❤

After receiving the award, Tun M said to reporters in a joint media conference at the Presidential Complex that he was humbled by the honour.

Well, we congratulate Tun M for receiving the award, and we thank President Erdogan for recognising Malaysians as he dedicated the award to us too.

Also read: Turning 94yo Today, Here are 6 Reasons Why Tun M is The Most Badass PM We’ve Ever Had 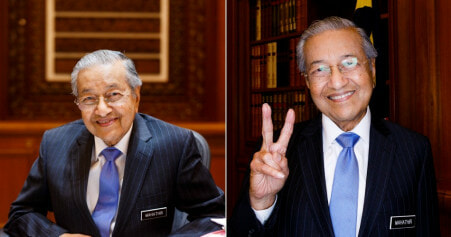