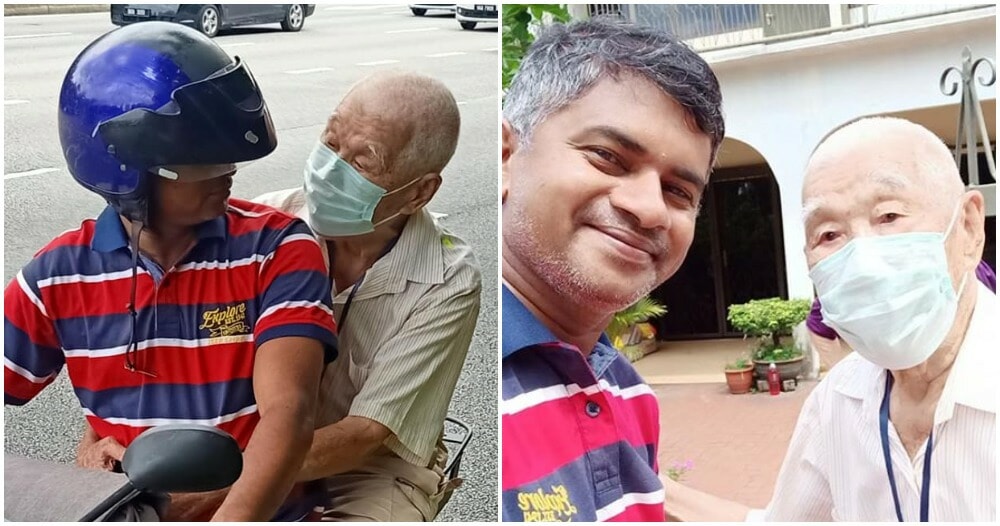 On 6th July, a 43-year-old journalist from the Makkal Osai shared a heartwarming tale of how Malaysians united to help an uncle lost on a highway get back home.

LK Savantharaja, better known as Raj, was on his way to a police conference by the Petaling Jaya OCPD (scheduled for 2.30pm) when he encountered a jam. It was 1.50pm at that time and the sun was blazing hot. When he managed to get to the front of the jam with his motorcycle, he saw that a tow truck had actually stopped on the road and the driver was helping an old man cross the highway.

Raj parked his bike at the side and approached the duo. Another Chinese man stopped to help as well and the Malay tow truck driver told them that he had to leave as he had to work. So, it was only Raj, the old uncle who is in his 80s and the other motorcyclist.

The uncle told them that he went for his routine check-up at the hospital as usual and on that day, he accidentally fell asleep and missed his stop. As he did not know where he is, he walked and found himself on the Mahameru Highway.

After getting his address from his IC, they initially wanted to send the uncle home on a Grab but Raj was worried that he would miss his stop or get lost again. So he took it upon himself to send the old uncle home while also rushing to attend the conference on time. The Chinese motorcyclist helped the uncle onto Raj’s motorcycle and the uncle held Raj’s waist really tight like a child. 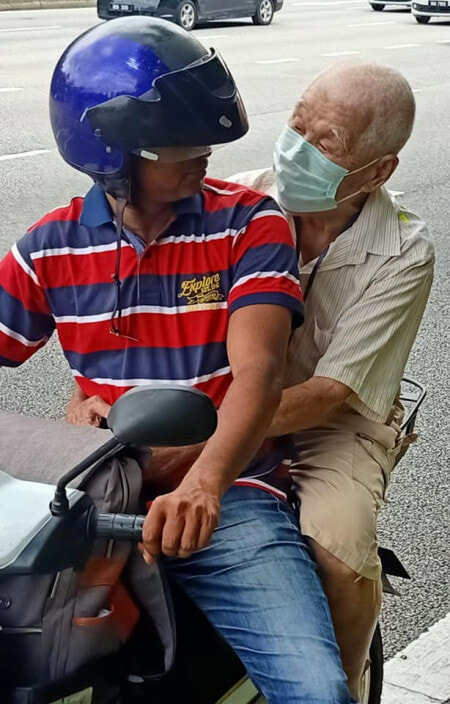 Raj told us in a phone call that he made sure to go slow and in less than 20 minutes, the duo reached the uncle’s house. An elderly lady came out of the house and asked Raj what the problem was and he told her the whole story.

The auntie thanked him profusely and they tried to invite him into the house but the crime reporter had to attend the police conference. The uncle then thanked Raj for his good deed and asked him to come over to his house during Chinese New Year.

Raj, who is a single father of seven daughters told WORLD OF BUZZ that he did not do the good deed just to put it on social media. His goal was to make sure that it spread across platforms and inspire people to do good deeds too.

“People copy what others do when it’s a trend. So what I’m doing here, is that I want to inspire people to do good deeds, to somehow make the world a better place.”

“There are so many people out there who are unfortunate and yes, we can’t help all of them but if you ever see a starving homeless person, treat them to the meal or help them however you can.”

This is certainly a very inspiring story! Doing good deeds is a two-way thing in whereby the person who is in need will appreciate your efforts while you’ll feel good about helping a distressed person. It’s ultimately a win-win situation!